Deron Greaves is in great nick with the bat for DVE at the top of the order with the highest 82* which came against GRD. He must be in your Dream11 team and he can lead the team also.

La Soufriere Hikers and Dark View Explorers will face each other in the 13th match of the Vincy Premier League on Friday. With one win, 2 losses, a no result, La Soufriere Hikers have positioned themselves at 4th position in the standings with 3 points. They started their tournament with a win against FCS, but back to back defeats and a no result made them push down the points table to 4th position.

Their batting needs to be more exposed especially the middle order. Dillon Douglas has been the main man for them at the top of the order. The captain Desron Maloney’s form his major concern for them, he has scored only 2 runs in 4 innings. They need to shuffle their batting order and come up with a better strategy.

On the other hand, Dark View Explorers have played 4 matches so far in this tournament, with 3 losses and a win they are at 5th position in the standings with 2 points to their name. They have an upper hand in this match as they beat La Soufriere Hikers when they met last time in this competition.

Having lost their first 3 matches they were back to winning ways in their 4th match. Deron Greaves is in excellent form and has scored most runs for Dark View Explorers, if he fires they have more chances of winning the game against La Soufriere Hikers. It’s going to be a cracker of a match unless rain doesn’t interrupt.

The temperature will be around 28 degrees Celsius unfortunately there is a 60 percent chance of precipitation for this match.

The track here at the Arnos Vale is a good batting track. Due to rain from the last couple of days. the pitch might get slower and slow bowlers will come in handy. Bowling first is a good option for today.

After getting promoted up the order, Deron Greaves batting incredibly well, he has scored 122 runs in 3 innings at an average of 61 with a strike rate of 179.41. He also picked up 2 wickets at an economy of 11.71.

Shaquille Browne has picked up 7 wickets in 4 matches at an economy of 7.85. 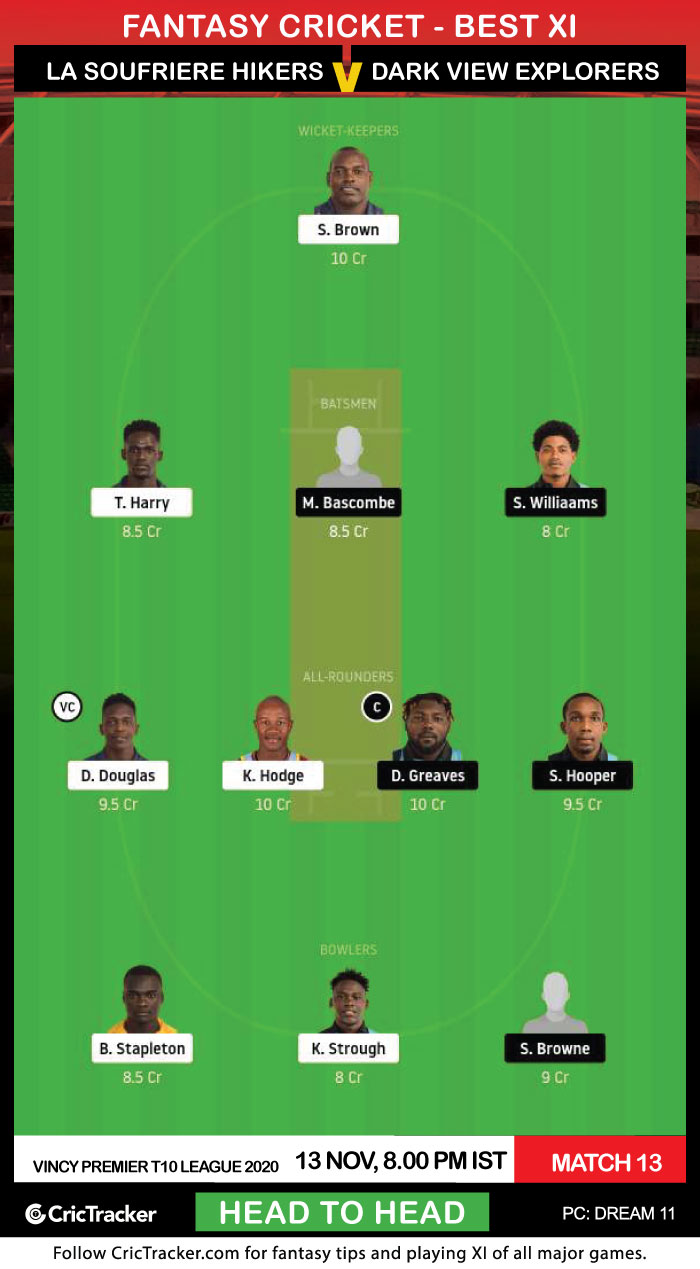 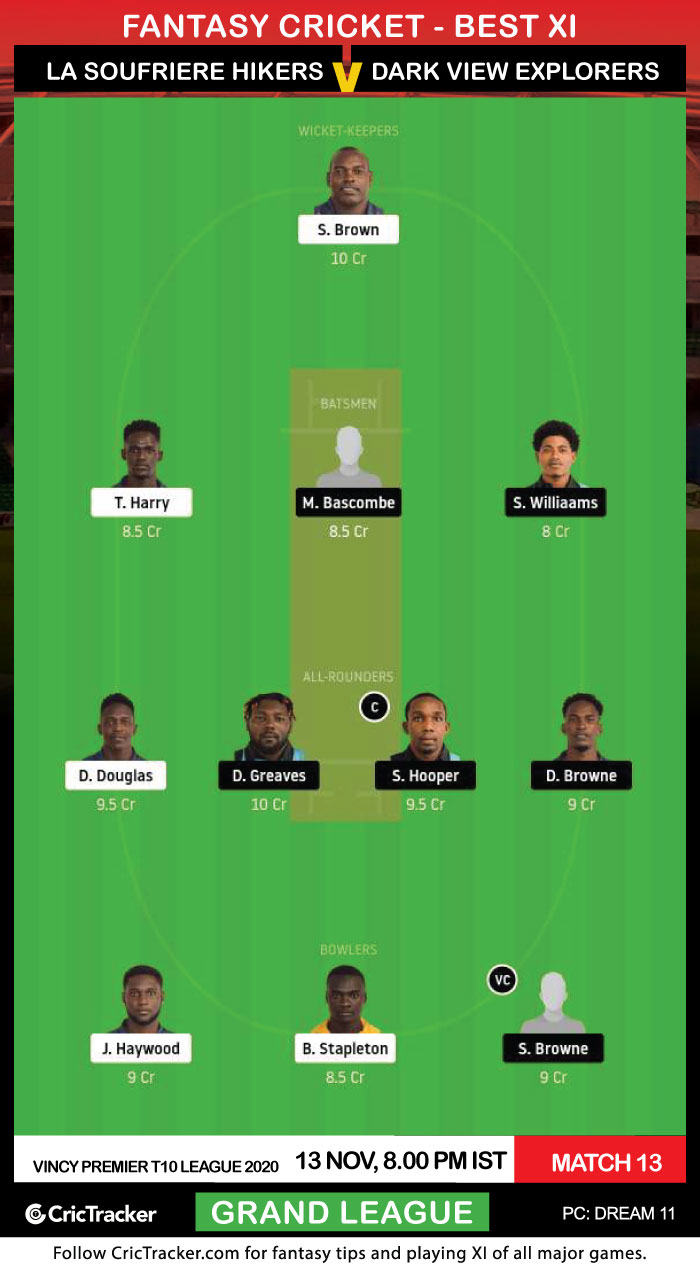 Deron Greaves is in great nick with the bat for DVE at the top of the order with the highest 82* which came against GRD. He must be in your Dream11 team and he can lead the team also.

Dark View Explorers are expected to win this match.