Last time these two teams played each other in the tournament, Mahmudullah XI defeated Tamim XI by 5 wickets.

The 5th match of the BCB President’s Cup will be played between the Mahmudullah XI and Tamim XI at the Sher-e-Bangla Stadium in Mirpur.

The match is scheduled to start at 01:30 PM Local Time (01:00 PM IST) and can be streamed live on BCB’s YouTube channel.

Mahmudullah XI will be playing their last game of the BCB President’s Cup on Monday. In their final encounter, the team will be taking on Tamim XI. Thus far in three games, Mahmudullah XI won only one match. They are coming into this game on the back of a huge 131 run loss to Najmul XI.

Tamim XI, meanwhile, won one game and lost their other game. This will be their third match of the tournament and will look to register a win. Also, they would want to avenge for the loss in their first game to the same opposition. In that match, Mahmudullah XI defeated Tamim XI by 5 wickets.

The temperature will be around 31 degrees Celsius almost throughout the afternoon. However, once the sun sets, it is expected to drop quickly to around 23 degrees Celsius.

In the last two games, the pitch seemed to have improved for batting, particularly in the first innings. But since the humidity levels will rise and the dew is expected to come in, the pitch could quicken in the evening and the ball might come onto the bat better.

196 (First four games of this series)

Nurul Hasan is the leading run-scorer for his team with 82 runs in three games. He has been dismissed only once thus far.

Mahedi Hasan mustered 101 runs in two matches and is the fourth-highest run-scorer in the tournament. However, he hasn’t picked up any wickets so far.

Mahmudullah scored 72 runs in three games and also picked up one wicket with the ball.

Tamim Iqbal might have scored only 35 runs in two matches. But the left-hander has got tons of experience and is expected to come good in this match.

Rubel Hossain accounted for 6 wickets in three games while maintaining an economy rate of 4.54.

Mustafizur Rahman has been the pick of the bowlers for Tamim XI with 4 wickets in two matches. 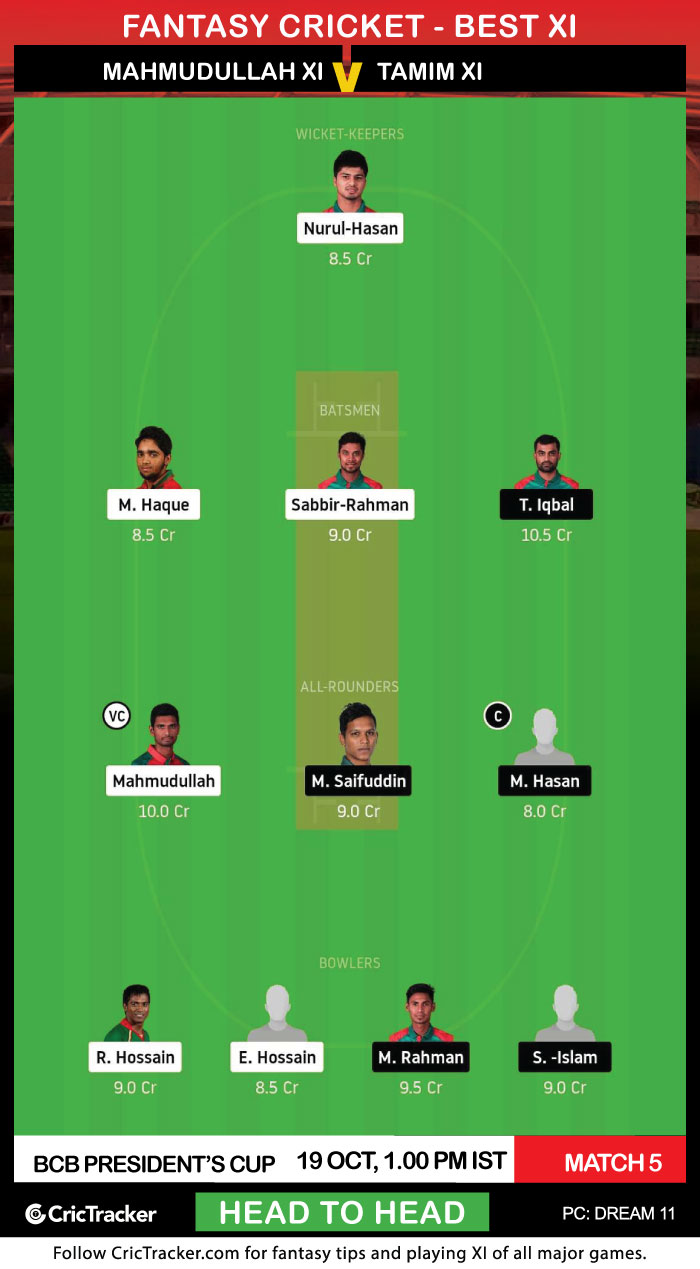 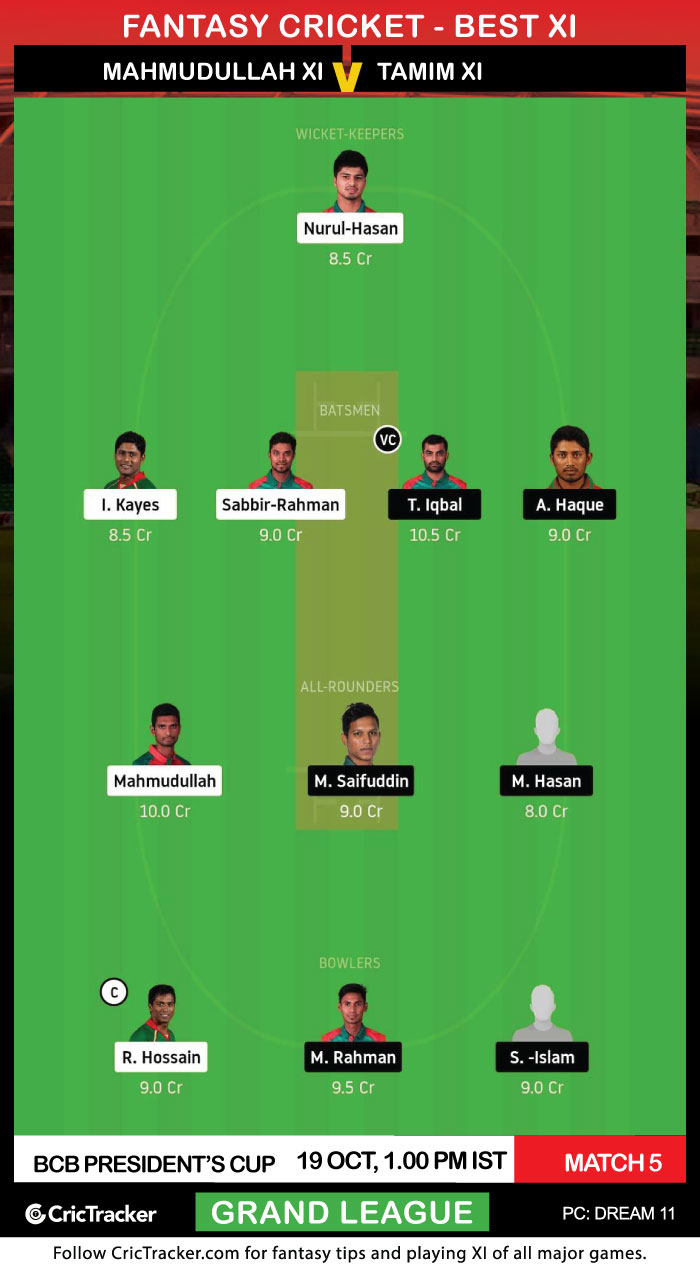 The tournament allows 12 players to feature in each team and hence, you should look to pick your teams accordingly.

Rubel Hossain is picked as the captain in the Grand League team. He’s been in good form and if he clicks, it could be a great choice.

Tamim XI is expected to win this match.