Mahmudullah setting his goals for ‘big series’ against India in November

Mahmudullah setting his goals for ‘big series’ against India in November

Mahmudullah became the Player the Match for the Dhaka Metropolis against the Chittagong Division in the NCL. 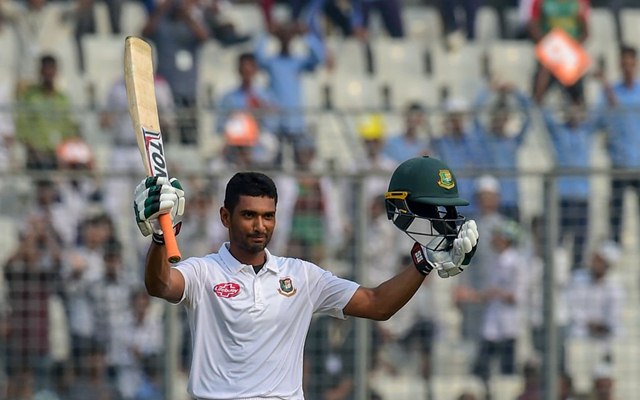 Mahmudullah Riyad has been a fulcrum of the Bangladesh national team for a long time, but he hasn’t had the best of years thus far. Barring a couple of half-centuries versus Australia and Zimbabwe, he hasn’t been able to score big. In fact, in the ODI series in Sri Lanka, he managed to get only 18 runs, failing to cross the single-digit score even once. Moreover, his recurring shoulder problems haven’t helped him by any means.

Due to the injury, he hasn’t bowled much. However, he rolled his arms over in 39 overs for the Dhaka Metropolis during the match versus Chittagong Division in the National Cricket League (NCL). The 33-year-old picked up six wickets, two of which were of the experienced Tamim Iqbal.

Bowling adds to my confidence in batting: Mahmudullah

With the bat, the Mymensingh-born scored 63 runs and was adjudged the Player of the Match in the drawn game. After the match, Mahmudullah was happy, especially because he was able to bowl his off-breaks. He admitted that his bowling helps him gain confidence while batting.

“I could not bowl for seven months because of my shoulder injury, so I tried to bowl some overs in the middle. I had a good bowling practice as I tried to bowl as many overs as possible because that was my target. My bowling always gives me some added confidence in my batting,” Mahmudullah was quoted as saying by the International Cricket Council (ICC).

Mahmudullah is now setting his goals clear for the upcoming tour of India, which gets underway on November 3. The Bangladesh Cricket Board (BCB) made it mandatory for the players to play the first two rounds of the NCL to remain eligible for selection in the Test squad. Mahmudullah understands the series in India is big and how the cricketers are trying their best to get a chance.

“We were told that we have to play two or three matches and our coach [Russell Domingo] instructed us that way, so everybody was focused and everybody tried their level best. We have the India series coming up. It’s a big series, and every national team player is trying to perform and get a chance in the squad,” he added.

The Test series starts on November 14 at the Holkar Cricket Stadium in Indore. The second Test will be played at the Eden Gardens in Kolkata, starting November 22.