Anwar Arudin and Ahmad Faiz impressed one and all with the bat with their knocks of 52 and 34 in the previous game. 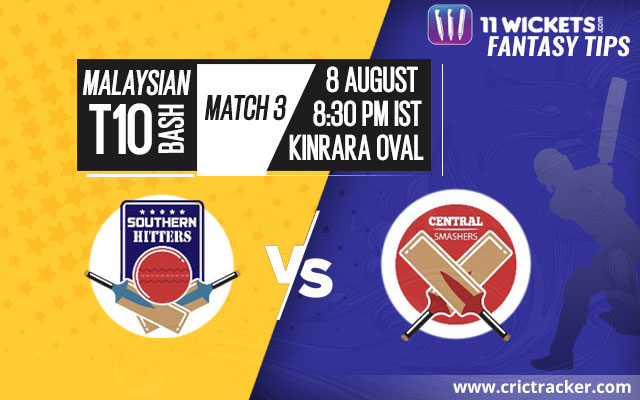 The 3rd match of the Malaysian T10 Bash, 2020 will be played between Southern Hitters and Central Smashers at the Kinrara Academy Oval in Kuala Lumpur.

The turnaround time in the ongoing Malaysian T10 Bash is very less. With just four teams taking part in the tournament, it is surely going to be quick-paced. The two teams which registered victories on the opening day of the tournament, Southern HItters and Central Smashers, will be the ones coming face-to-face on this occasion. After some impressive performances, both these sides will look forward to stamping their authority over the tournament.

It is forecasted to be a partly cloudy afternoon. The chances of precipitation are very less but pose a threat to the game.

The pitch is a good one for the batsmen if they apply themselves well enough. They should try to be sensible and put a price on their wicket.

Anwar Arudin and Ahmad Faiz impressed one and all with the bat with their knocks of 52 and 34. Amir Khan and Pavandeep Singh picked up four-wicket and three-wicket hauls respectively. 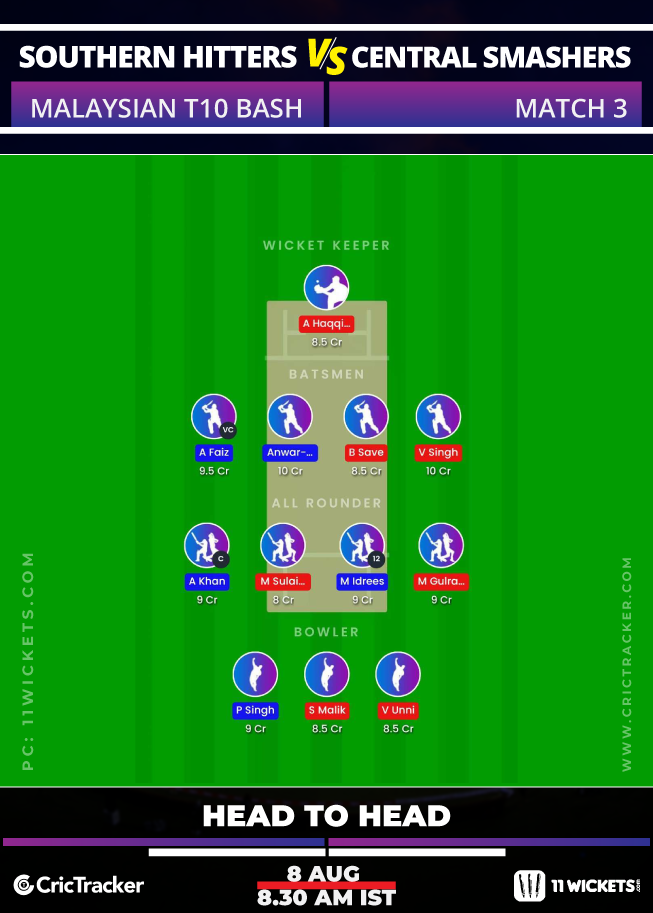 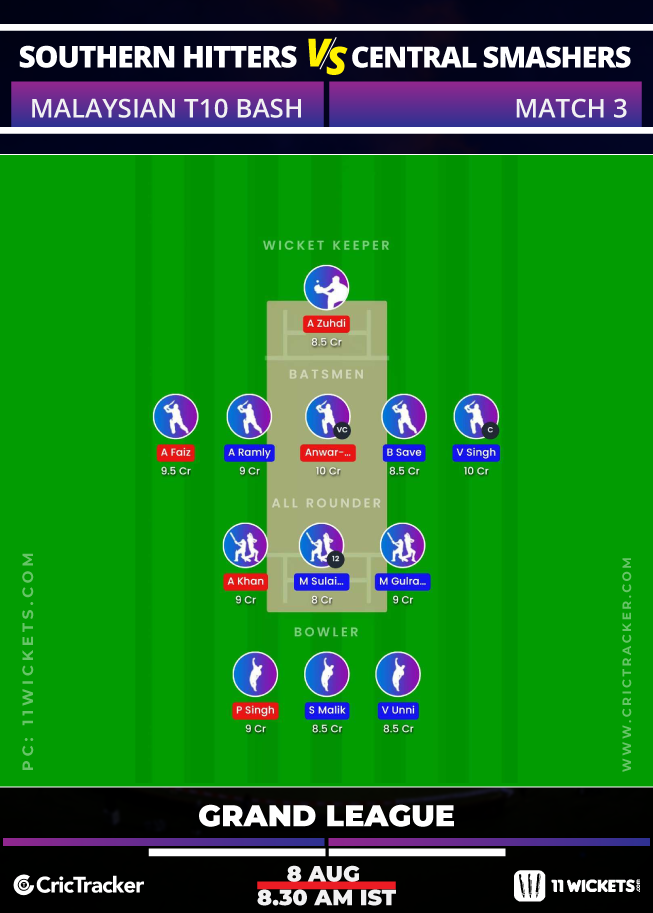 With hardly any time between the games, teams could look to make the best use of their bench strength. Watch out for the XIs after the toss.