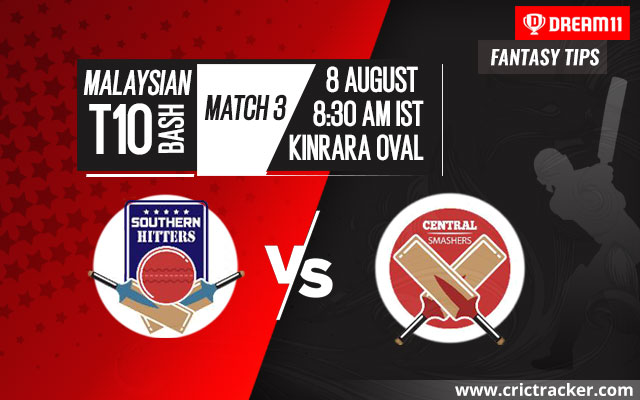 The 3rd match of the Malaysian T10 Bash, 2020 will be played between Southern Hitters and Central Smashers at the Kinrara Academy Oval in Kuala Lumpur.

The Malaysian T10 Bash 2020 started off on a great note with two exciting games of cricket on its opening day. The first two games pretty much lived up to the expectations with a great fight between the bat and the ball. In both the matches, scores in excess of 100 were registered.

In the third game that is set to be played on Saturday morning, the Southern Hitters will face the Central Smashers. These are the same two teams that won their respective games on the opening day. They were quite comprehensive on the field and this should be a great battle.

While rains are predicted throughout the week starting from Monday, the conditions aren’t that bad on Saturday. As per the predictions, it will be partly cloudy in the afternoon with temperatures touching 32 C.

It is a sporting pitch and a level playing field for both the batsmen and the bowlers. Both the sets of players excelled on the first day of the tournament.

Anwar Arudin scored 52 runs off only 25 balls in the previous game. Ahmad Faiz was highly impressive with 34 runs from 16 balls against Western Warriors. Amir Khan accounted for four wickets while Pavandeep Singh picked up three. Bhushan Save, with a clinical 27, was the most impressive from his team. Virandeep Singh picked up 3 wickets and scored 20 runs. 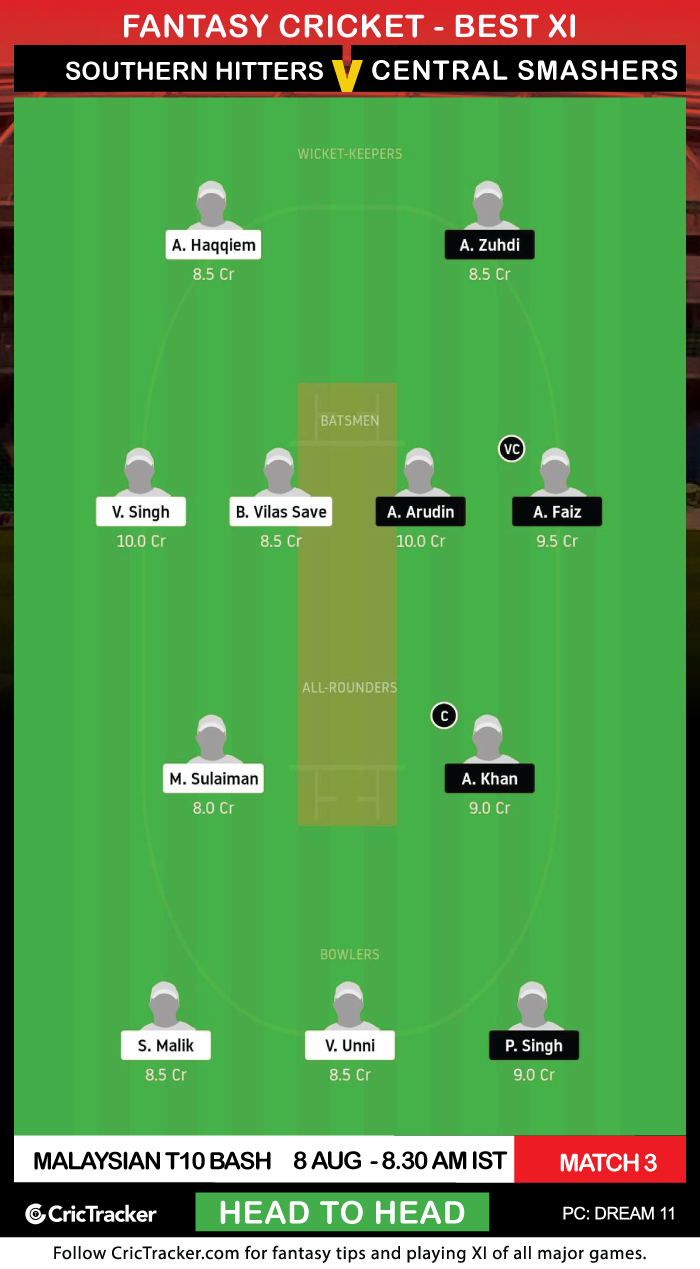 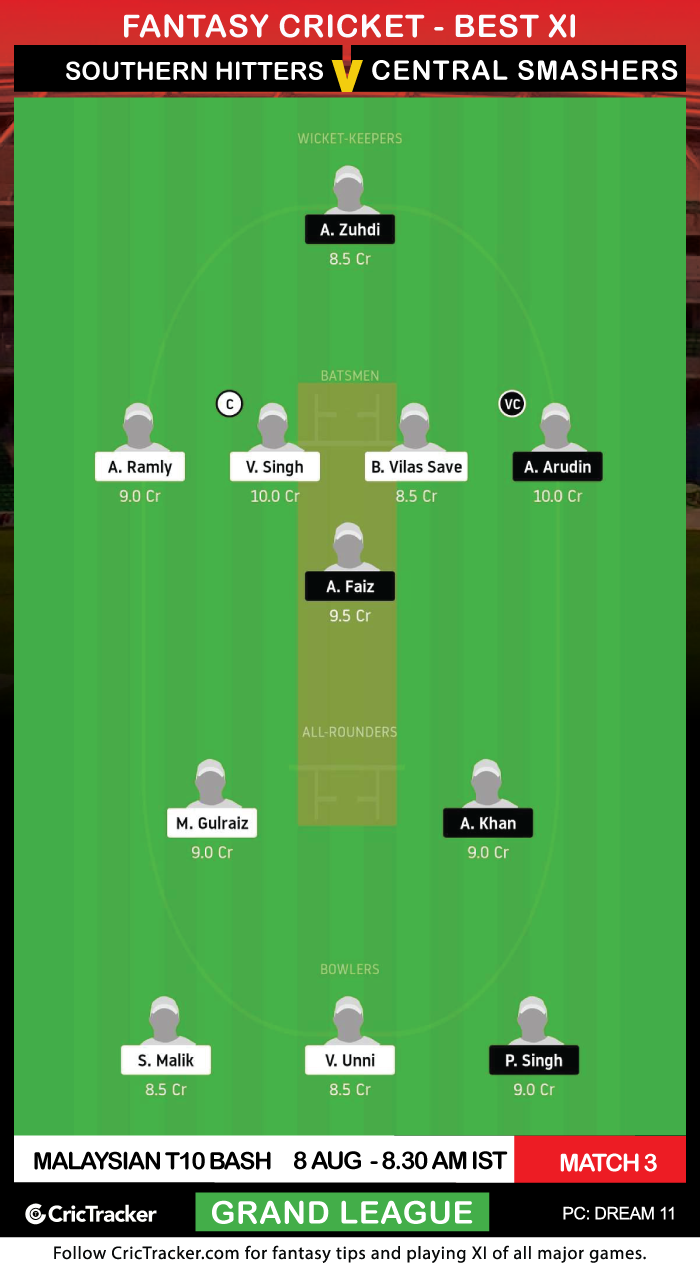 In T10 cricket, openers and all-rounders have got the best chance of making an impact. Pick them accordingly in your team.