Share Ali is a good captaincy option for this encounter.

Marsta CC will lock horns with Djurgardens Cricket Forening in the 39th Match of the ECS T10 Sweden tournament. This match is slated to be played on 29th July 2021 at 04:30 PM.

This clash will be played at the Norsborg Cricket Ground in Stockholm.

Djurgardens Cricket Forening side has been on a roll this season and their position in the team standings narrates the entire story. With five wins in as many games, the side is sitting pretty at the top of Group B team standings and would like to extend their purple patch. Needless to mention, they are favourites for this clash.

On the other hand, Marsta CC have also not done much wrong this season. After suffering a four-wicket defeat against Huddinge in the opening clash, the team roared back and registered three victories on the trot. They are currently second in the team standings and would like to shine against Djurgardens outset as well.

Captaincy Picks for MAR vs DJU:

Richie Robbins has been in fine form this season and Djurgardens Cricket Forening would want him to shine again. The dasher likes to attack bowlers from the outset and his wide range of shots makes him even more lethal. Notably, Robinson also scored a match-winning 33 at a strike rate of over 140 in his recent outing against Huddinge.

Another player who can shine in this contest is Share Ali of Marsta CC. Like Robbins, Ali has also been contributing regularly with his batting blitzes. His last assignment saw him smashing a sensational 26-ball 48 against Huddinge. Ali will definitely not mind replicating his heroics again. 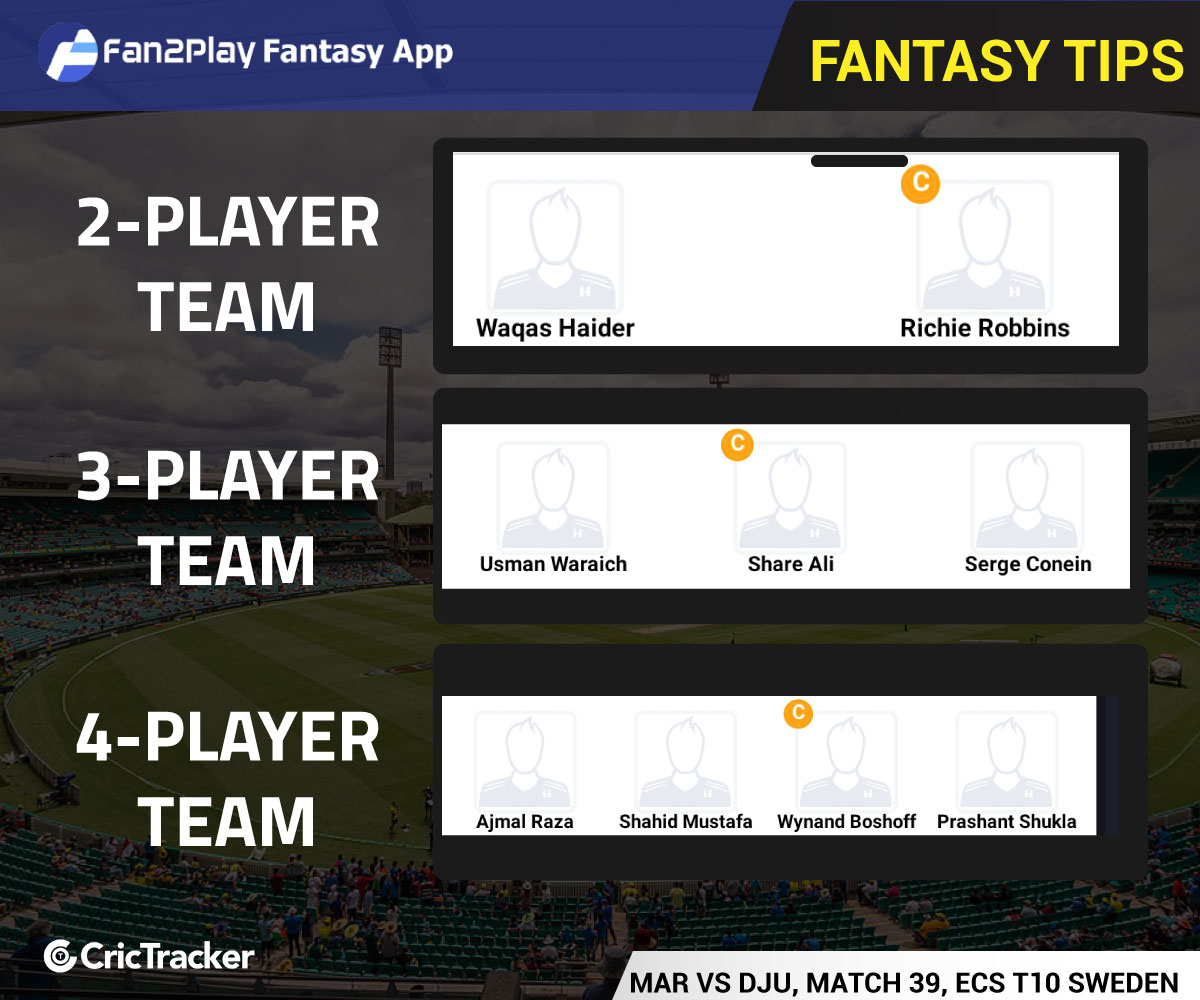 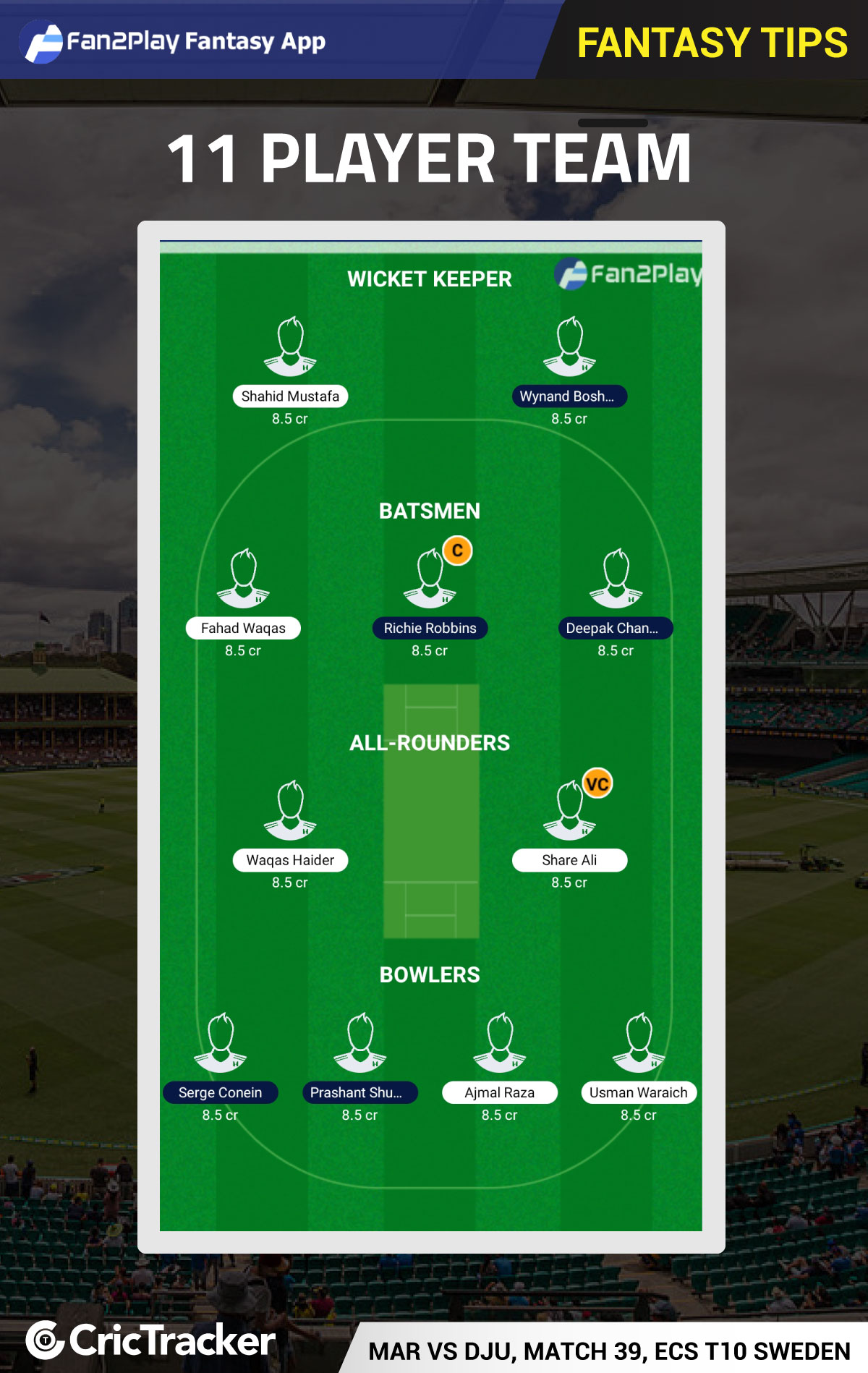