Daniel Hughes is a must pick player for your fantasy teams.

New South Wales will take on Victoria in the 8th match of the Marsh One Day Cup 2021/22 on Wednesday. The rain played spoilsport when both sides took on each other last time, as they shared the crucial 2 points.

New South Wales will be boosted by the presence of Adam Zampa and Daniel Sams. On the other hand, Victoria have named a balanced side led by experienced Peter Handscomb. It will be a true test of fitness for both sides as they just finished their Sheffield Shield game on Tuesday.

It’s one of the best batting wickets in Australia where there will be some grip for the spinners. It’s quite difficult for the seamers to swing the ball here. Whoever wins the toss should bat.

Opener Daniel Hughes is in decent touch with the bat for New South Wales in the Sheffield Shield tournament. He has scored 1479 runs in 30 List A matches at an average of 56.88.

Adam Zampa is not the biggest turner of the ball, but he has the ability to control the game in the middle overs. He has 159 List A wickets to his name.

Peter Handscomb is a good white ball player, who has represented Australia in 22 ODIs. He has amassed 3609 runs in his List A career at an average of 38.8.

James Pattinson is the premier bowler for Victoria. He bowls quickly and can cause plenty of problems. He has scalped 98 wickets in his 66 List A matches, with the best figures of 6 for 48.

NSW vs VCT Must Picks for Dream11 Fantasy Cricket: 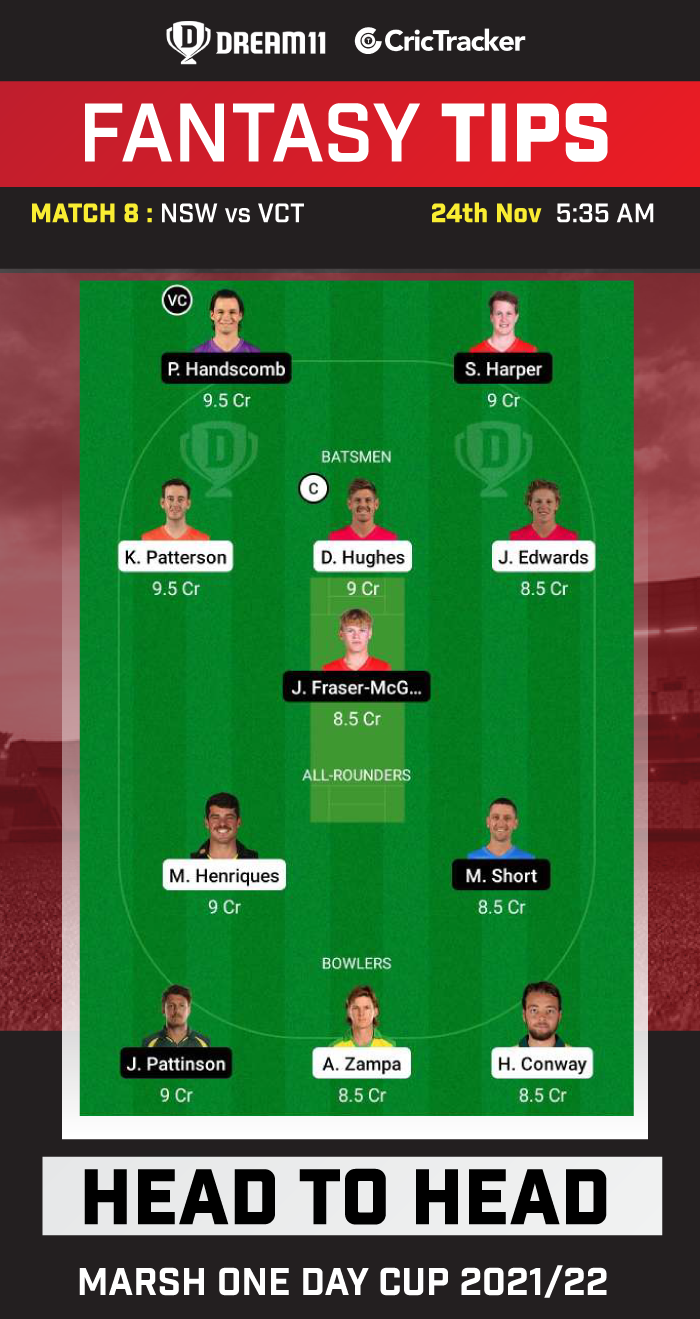 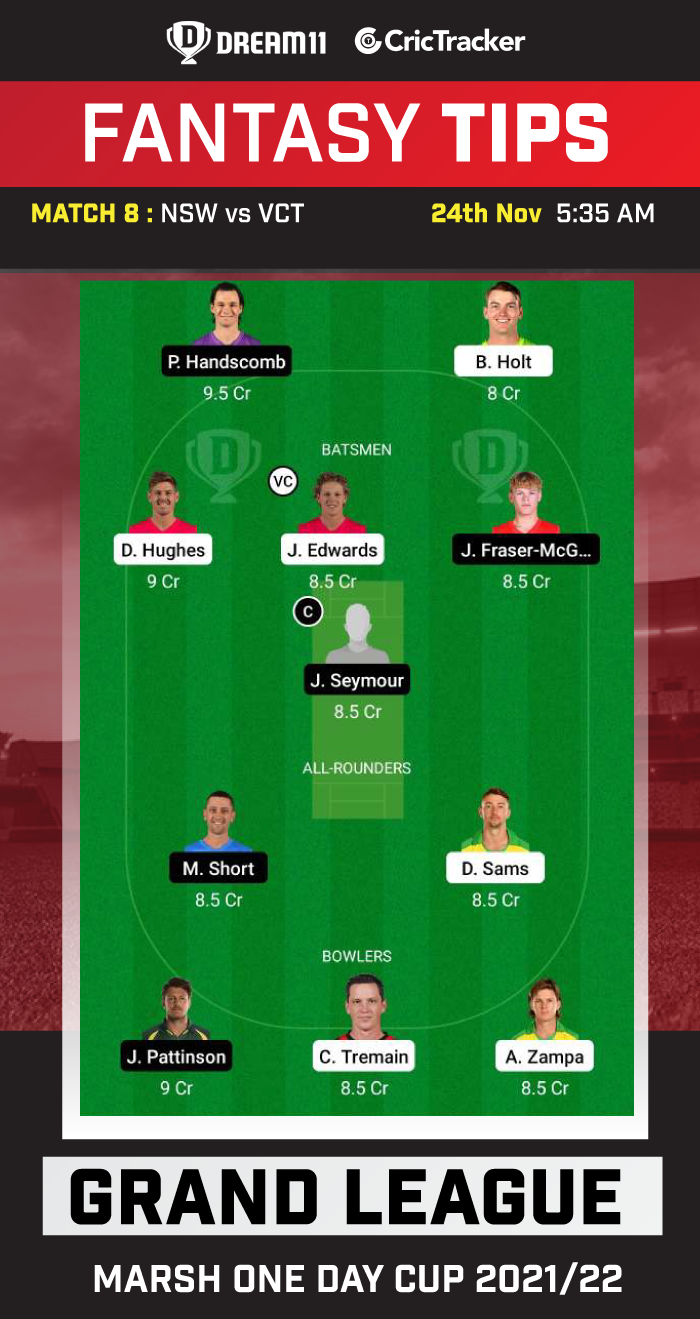 Moises Henriques has got loads of experience across all formats. He has scored 2913 runs and has also picked up 82 wickets in his List A career. He is a risky captaincy pick for your fantasy teams.

Chris Tremain has scalped 47 wickets in his 30 List A matches and even scored 278 runs with the bat as well. You can take a risk and pick him as your fantasy team skipper.

Considering a lot of options in the bowler’s slot it’s better to Todd Murphy while making your fantasy teams.