Alex Carey can be a risky captaincy pick.

South Australia will be very disappointed with their performances this season. Having lost all the 4 matches they have played, they are currently placed at the bottom of the points table. Victoria, on the other hand, are also having pretty much a similar kind of season as their opponents.

They are yet to register their first win of this season. The Victorians have lost 3 out of the 4 matches they played and are currently placed just above their opponents on the points table. Both teams will be looking forward to winning this match and getting off the mark in this season.

The pitch here at Junction Oval has been in favour of the bowlers in the last couple of matches. Both of the last two matches played here were low scoring. Chasing should be the preferable option on this wicket.

Travis Head is the leading run-scorer for South Australia in this tournament so far. He has scored 199 runs at a strike rate of 133.55 and averages nearly 50 in his 4 outings.

Harry Nielsen has been one of the most consistent performers with the bat for South Australia. He has scored 146 runs at an average of 36.5 in the 4 matches he has played.

Peter Handscomb has been in brilliant form with the bat in the 3 matches he played for his team in this season. He has scored 168 runs at an average of 56. He is a must pick for your Dream11 fantasy teams.

Sam Harper has scored 118 runs at an average of 39.33. He is in great touch with the bat and can score a big knock in this upcoming match as well.

SAU vs VCT Must Picks for Dream11 Fantasy Cricket: 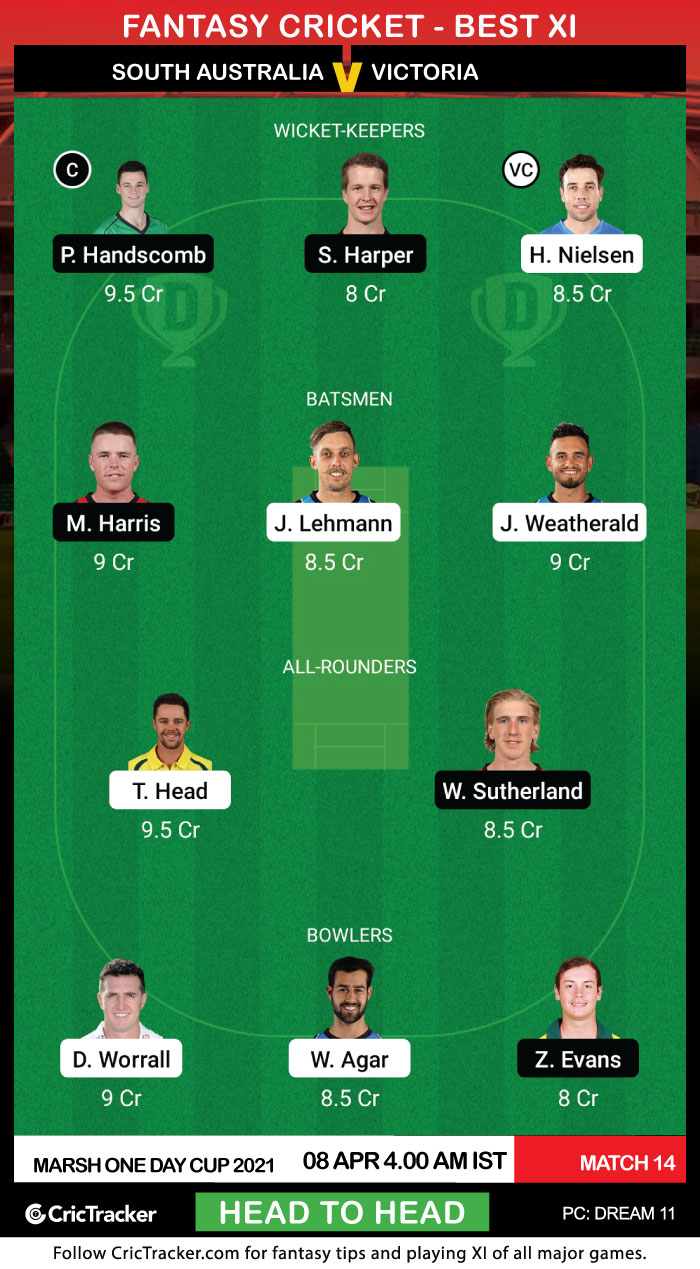 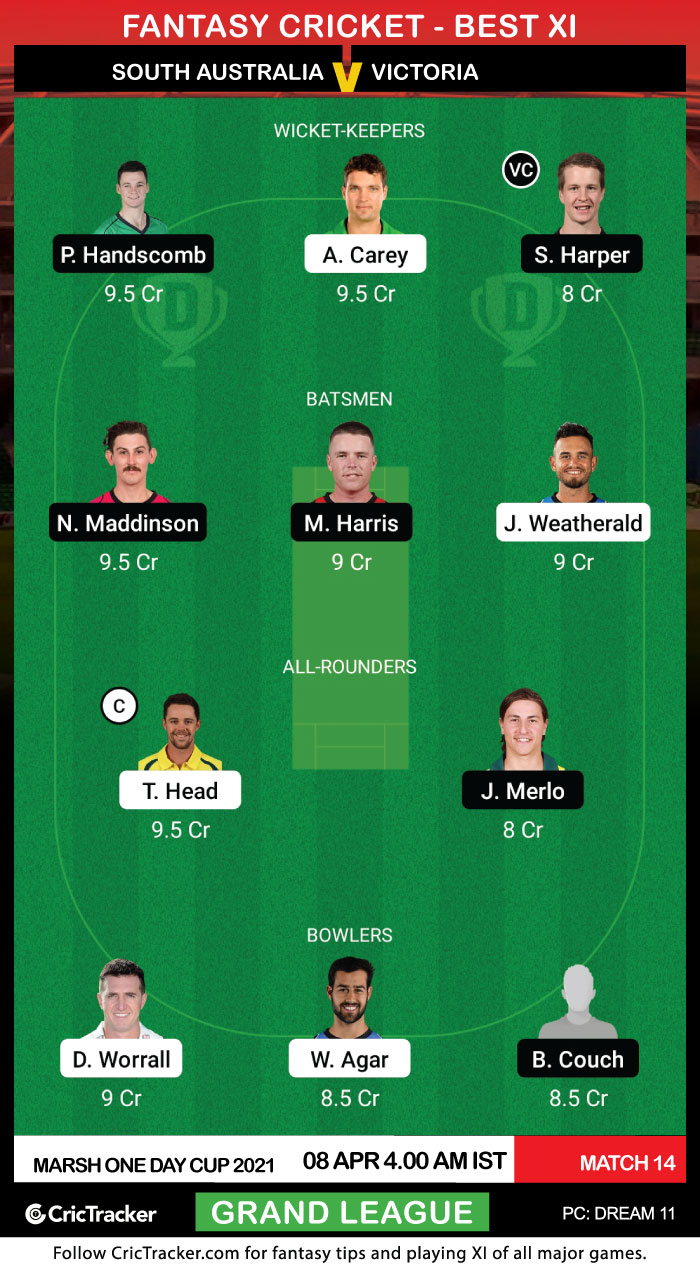 Jake Weatherald has scored 103 runs in 4 innings at an average of 25.75 in this season. He is in decent form with the bat and can be a risky captaincy choice for your Dream11 fantasy teams.

Alex Carey has been in modest form with the bat in this season, having scored 104 runs in his 4 outings. On his day, he can single-handedly win games for his side. Carey can be a risky captaincy pick.

Sam Kerber is an upcoming talent, but this level might be a bit too hot to handle for him. For this game at least, it is better if you avoid picking him.