Josh Inglis can be a risky captaincy pick.

Tasmania and Western Australia will go head-to-head on Thursday in the Marsh One Day Cup 2021. Western Australia are placed third on the points table with 2 wins in 4 matches,  whereas Tasmania are ranked fourth with as many wins from the same number of games.

Western Australia will be favourites going into this encounter after a convincing 170-run victory over Victoria in their last match. Tasmania will look to bounce back into winning ways after losing a close-fought last game against New South Wales by 3 wickets.

Pitch Report: This pitch favours both batsmen as well as bowlers. However, the team batting first will have a slight advantage on this pitch.

Jordan Silk is the top run-getter for Tasmania. He has scored 158 runs in 4 matches with the highest score of 77 runs.

Jackson Bird is the highest wicket-taker for Tasmania. He has picked up 7 wickets at an economy of 4.50 runs per over.

Cameron Green is a good pick from the all-rounders to include in your fantasy XI. He has scored 161 runs in this tournament at a strike rate of 115.

Liam Guthrie has picked up 4 wickets in the Marsh One Day Cup 2021. He has the best bowling figures of 2/55. 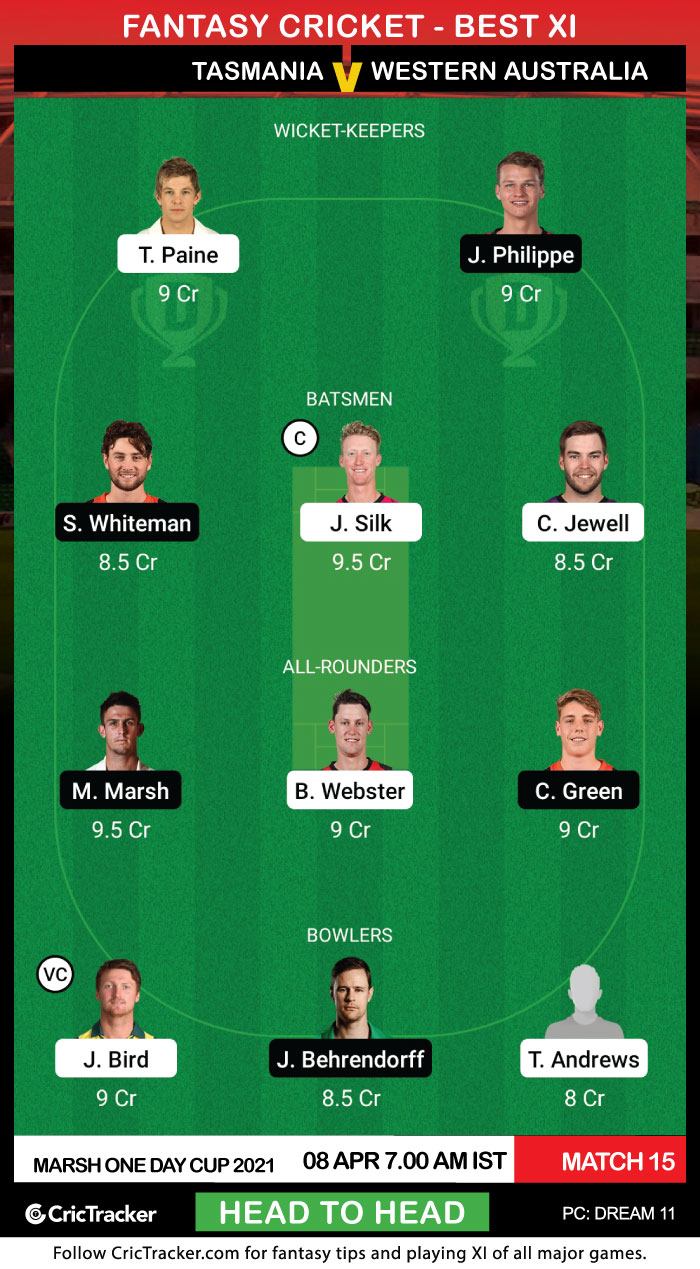 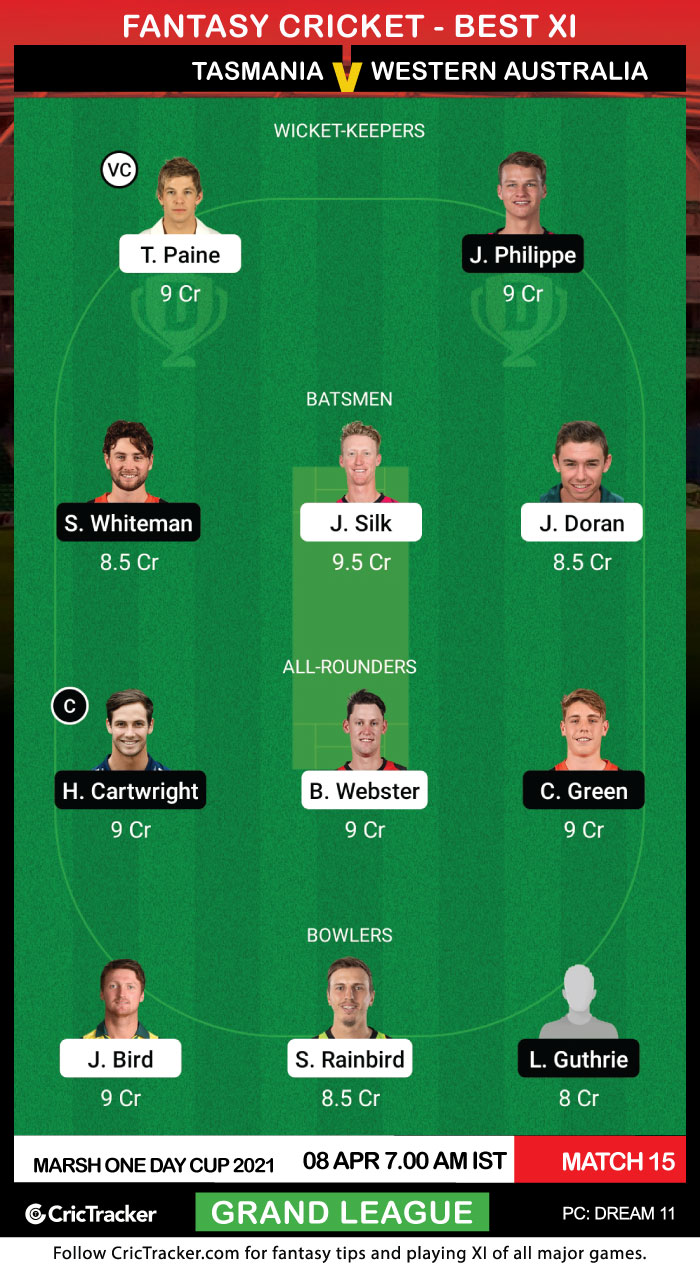 Wicket-keeper batsman Josh Inglis has the highest strike rate among the Western Australian batsmen. He has scored at a strike rate of 148.14 and has 8 sixes under his belt so far in the tournament. He can be a risky captaincy pick.

Caleb Jewell is the second-highest run-getter for Tasmania. He scores at an impressive strike rate of 127.86, which is the highest among the Tasmanian players. You can pick him as a differential captain.

Player You Should avoid

Alex Pyecroft has not featured in the tournament so far and will be playing his first match if included in the XI. He averages only 7.6 in first-class cricket with 22 wickets to his name. You can avoid him in your Dream11 Fantasy team.