The 2nd Match of the Marsh One Day Cup 2021 will be played between Tasmania and Queensland on 22nd February at Bellerive Oval in Hobart.

Tasmania and Queensland will square off against each other in the 2nd match of the Marsh One Day Cup 2021 on Monday. Tasmania have not won domestic 50 over championships since 2009/10 season and they had a quiet season last year as well, finishing 4th in the group standings. This time around, they will be aiming to make a comeback. Availability of Australia’s Test skipper Tim Paine will strengthen the side for Tasmania, which gives them a good chance to start the tournament with a win.

On the other hand, Queensland had recently beaten Tasmania in a Sheffield Shield game. This will give them immense confidence and their mindset will be positive coming into the 50 over format. They were one of the finalists last year, but got beaten by Western Australia in the finals by 4 wickets. Star performers Usman Khawaja and Marnus Labuschagne have got runs for Queensland in the last season and they are expecting similar kinds of performances this year as well.

It will be partly cloudy in Hobart with the temperature ranging between 18 and 19 degrees Celsius and the humidity levels are at 53 percent. There is no forecast of rain for this match.

It’s a completely flat track. Batsmen can play their shots all day long and we can expect high scoring contest between these two competitive sides. Varying the pace will be the key during middle over’s since the boundaries quite smaller compared to the rest of the Australian venues.

Jordan Silk was one of the leading runs scorers for Tasmania in the last year’s Marsh Cup. He scored 237 runs in 5 matches at an average of 59.25 with a strike rate of 86.18.

Nathan Ellis was the leading wicket-taker for Tasmania last year, picking up 12 wickets in 7 matches at an economy of 5.21 runs per over. He had the best figures of 5/38.

Tasmania skipper Tim Paine has got huge experience. Has scored 3844 runs in 132 List A matches at an average of 33.42, including 8 hundreds. He is excellent behind the wickets as well.

Marnus Labuschagne is one of the most talented upcoming young cricketers from Australia, who has got huge potential to play for Australia in all the 3 formats. In last year’s Marsh Cup, he was the second-highest run-scorer for Queensland. He scored 364 runs in 6 matches at an average of 60.66 with a strike rate of 100.55.

Usman Khawaja is trying in every possible way to come back into the team after getting dropped from the Australian side. He got loads of runs for Queensland last year, scoring close to 400 runs in 6 matches at an average of 79.6, which includes 2 centuries.

Mark Steketee was the leading wicket-taker for Queensland last year, picking up 13 wickets in 7 matches at an economy of 4.20 runs per over. 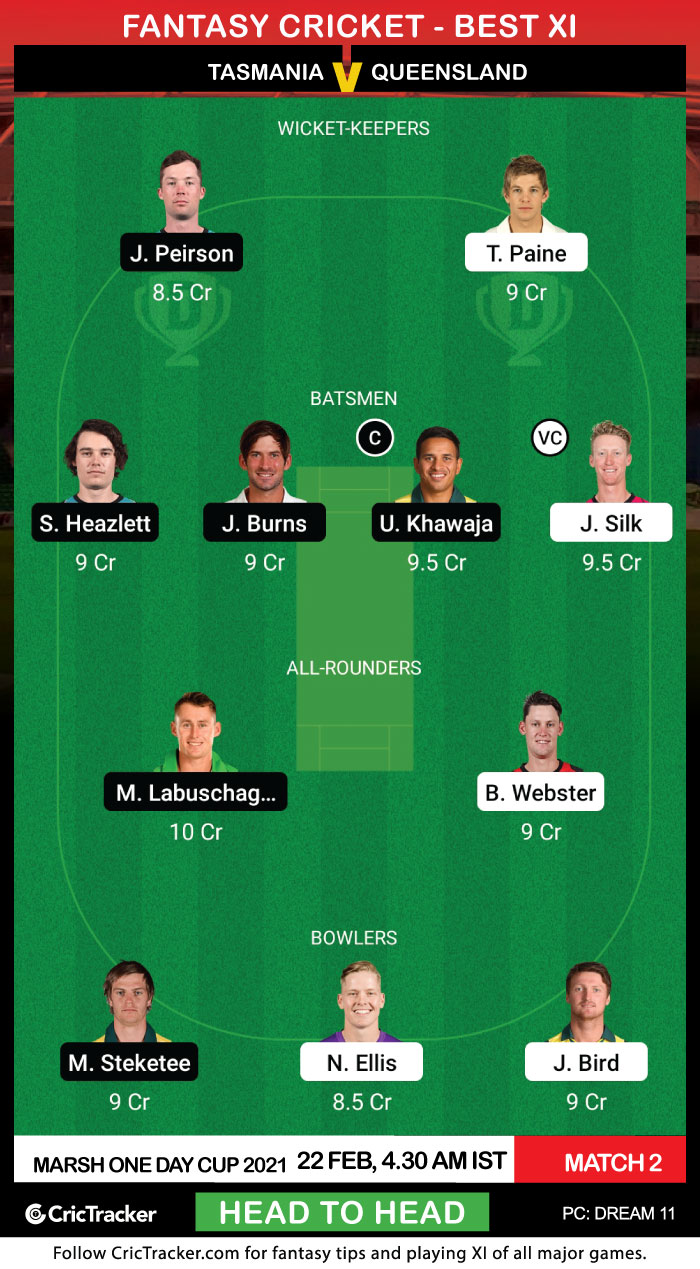 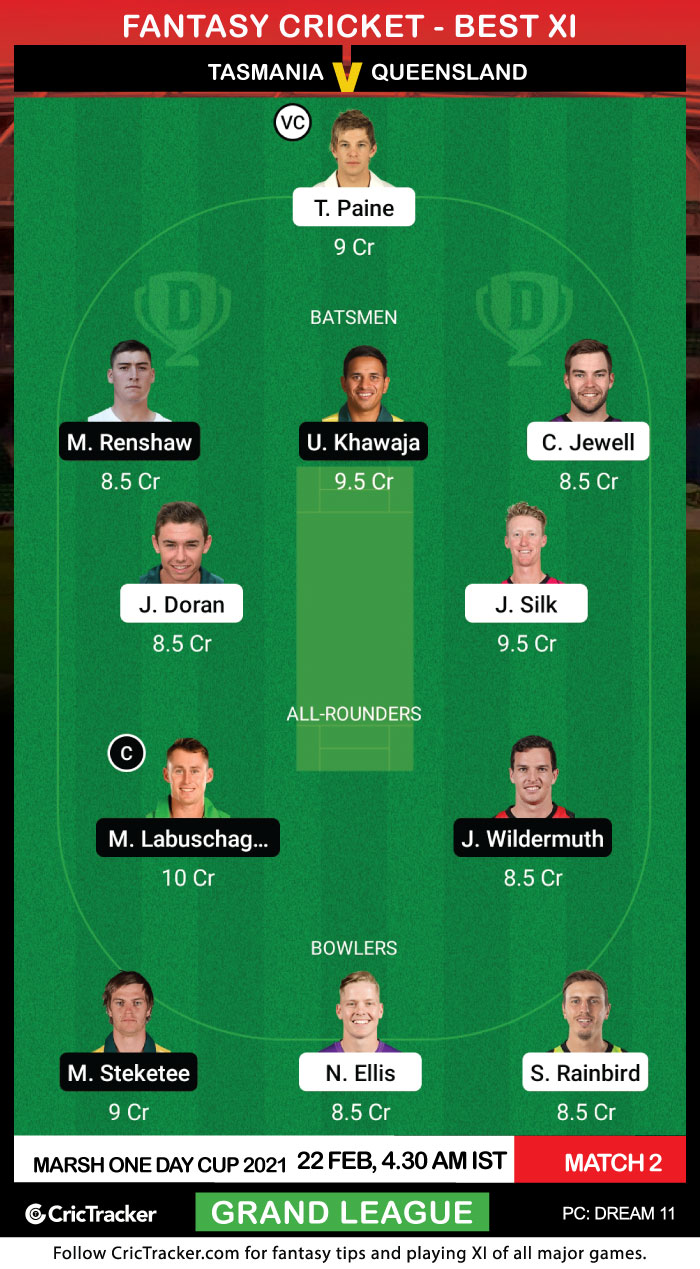 Usman Khawaja and Marnus Labuschagne are in tremendous form in all forms of the game. They have scored runs in BBL, Sheffield Shield and now they are ready for the 50 over format. Both must be included in your Dream11 Fantasy teams.