Michael Nazir will be a reliable captaincy pick in this match.

Match 5 and 6 of the ECS T10 Malta Tournament will see the Mater Dei clashing against Overseas.

The Mater Dei side will be up against Overseas in two back-to-back ECS T10 Malta matches at the Marsa Sports Complex on Tuesday. Mater Dei will be making their debut on the European Cricket Series circuit. They are more than capable of upsetting any team on their day, but are prone to being inconsistent.

Overseas, on the other hand, may have finished at the 2nd last spot in the points table in the ECS Malta 2020 but they showed a lot of promise. Hence, they will be hoping have a better outing this time in Fancode ECS T10 Malta 2021.

Captaincy Pick for MAT vs OVE

Andy Naudi is one of the most prominent players for his team. He is a match-winner who can turn the game anytime with his incredible all-round ability. Naudi was the top run-scorer for Overseas, amassing 224 runs in nine knocks. Also chipped in with eight wickets. He can provide profitable returns in this match as a skipper.

Michael Nazir will be a reliable captaincy pick in this match as he will be getting multiple opportunities to pile up points in both departments. He has the potential to win games single-handedly, and will be a valuable asset for the team. 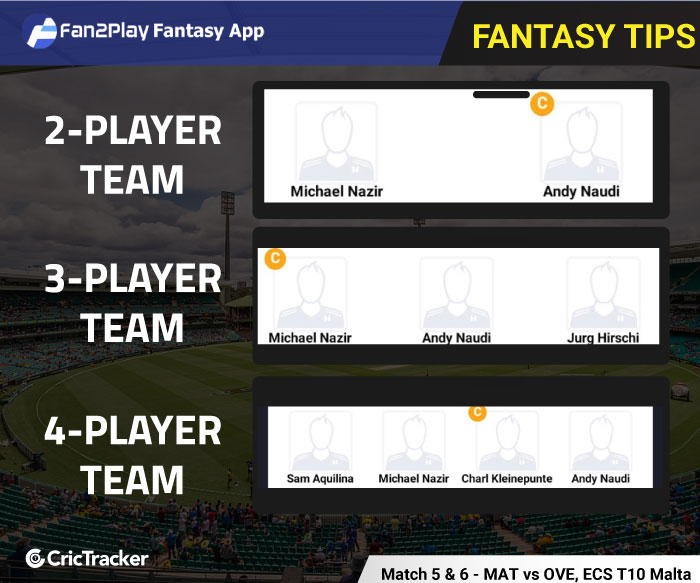 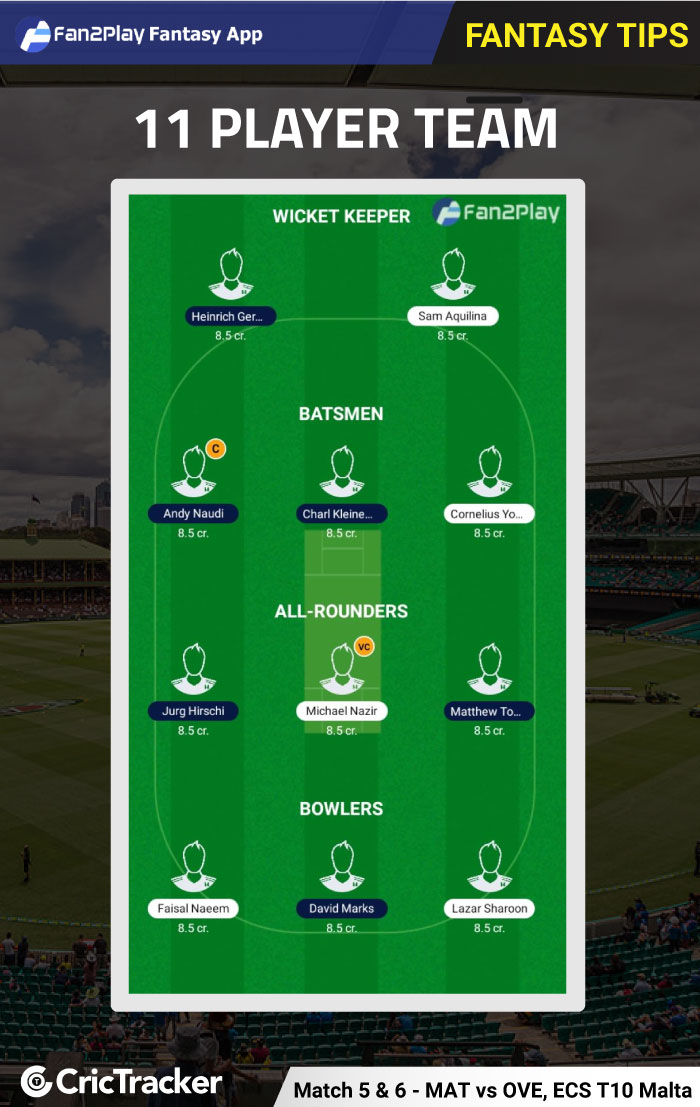