Men in Blue CC are expected to get 2 easy points against bottom-placed Gracia CC.

The 37th match of the ECS T10 Barcelona 2020 will be played between Men in Blue CC and Gracia CC at the Montjuic Ground, Barcelona on Friday.

Men in Blue CC and Gracia CC are going to face each other for the first time in the tournament on Friday. Men in Blue CC lost their last match against Falco Zalmi CC, as they failed to defend the total of 84 runs. They have won only one out of the 3 matches they played and are currently placed at the 5th position in the Group B points table.

Gracia CC, on the other hand, have not won a single match so far in the tournament. They are at the bottom position of the points table. They have to work hard to win the upcoming encounter against Men in Blue CC. This game can be a cracker, as both sides will be desperate for 2 points.

The weather is expected to be sunny during the course of the match, with the temperature hovering around 18 Degrees Celsius.

The track at Montjuic Ground is batting-friendly. However, the bowlers who have maintained a decent line and length have been fairly successful in this turf.

Also Read – We think Chris Gayle keeps laughing and roams around but sitting out for long pinched him: Sourav Ganguly

Sachin Tendulkar and Brian Lara the best batsmen of my time: Shane Warne

Shankar Kaligatla has made some valuable contributions for his side. He has scored 66 runs from three games and has also picked up 4 wickets.

Puneet Shrimali went wicketless in the last match against Falco Zalmi CC, but he has bagged 4 wickets so far in the league.

Karuppasamy Soundarapandian has picked up 3 wickets from the two matches he played.

Kuldeep Lal, the wicket-keeper batsman from Gracia CC, has scored 60 runs, which happens to be he most by any player from his side.

Mukhtiar Singh is looking in top form with the ball as he picked up 6 wickets from just three games.

Kulwant Singh is another must-have from Gracia CC. He has scored 52 runs and is expected to play a key role in the upcoming game. 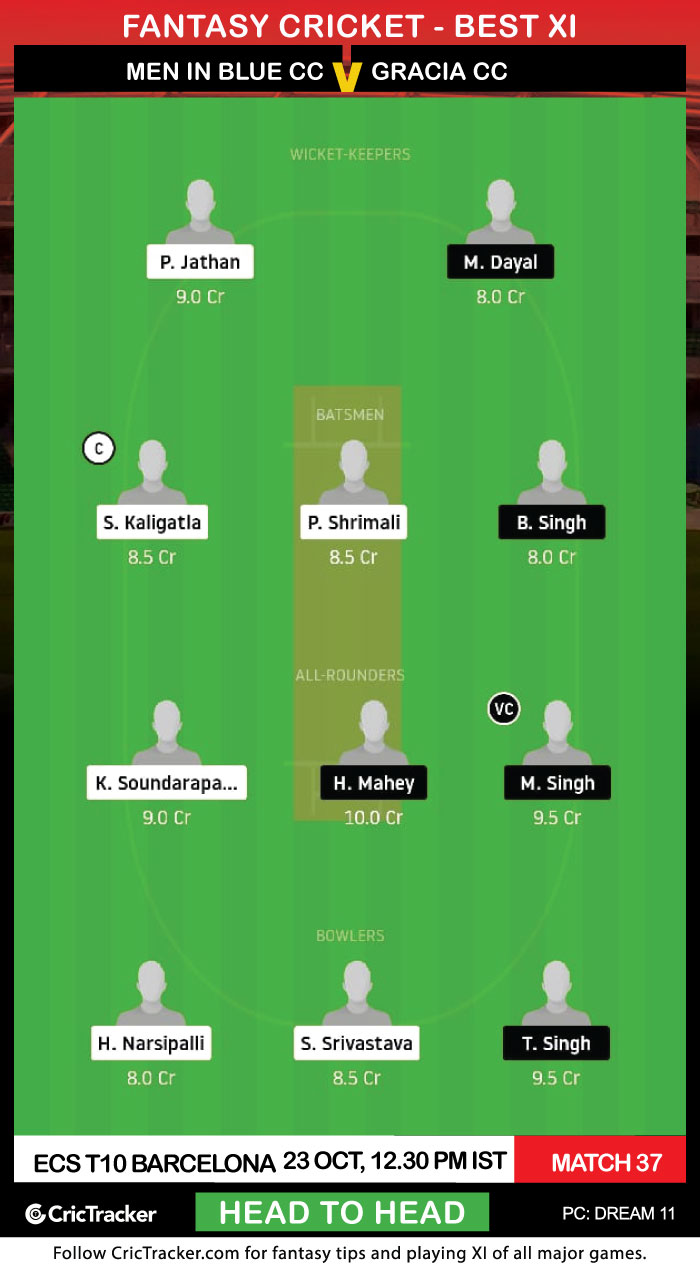 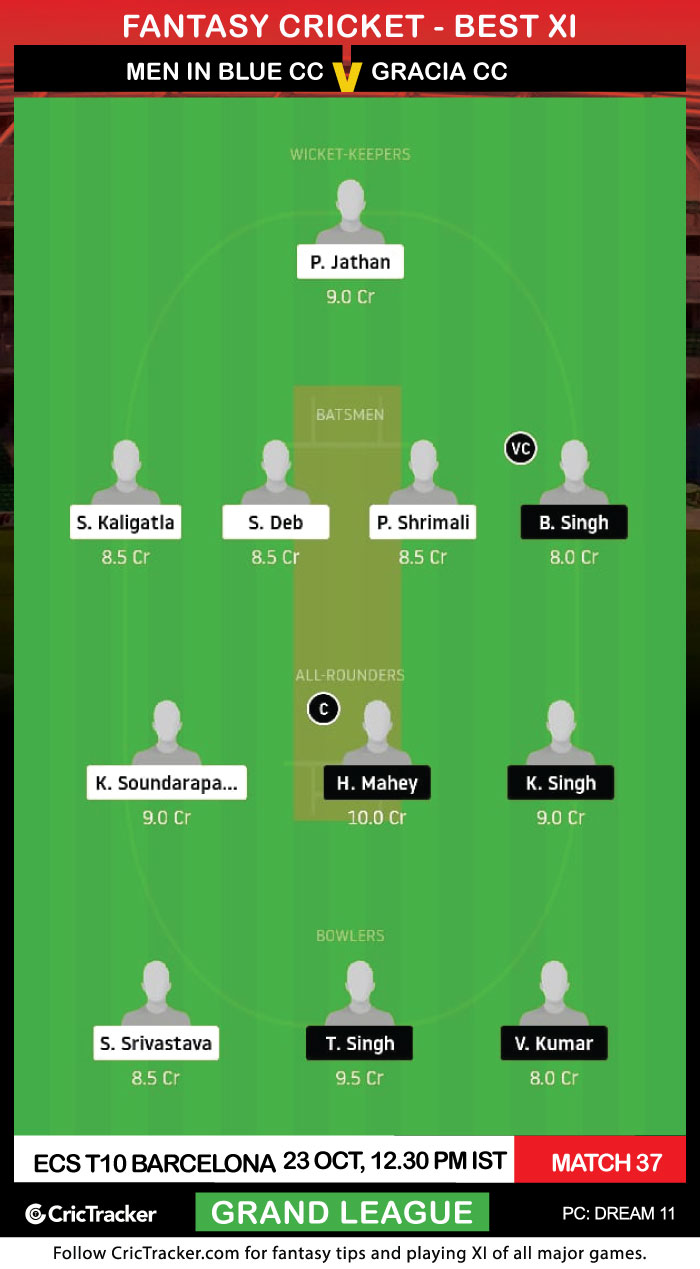 It is advisable to pick Shubhdeep Deb in any one of your Grand League teams. He is selected by a few percentage of users and can prove to be a great differential.

Men in Blue CC are expected to win this match.