Raval Sporting CC are expected to have it easy against a struggling Men in Blue CC.

The last match of Tuesday’s ECS T10 Barcelona will be played between Men in Blue CC and Raval Sporting CC at the Montjuic Ground, Barcelona.

This match is scheduled to start at 8:00 PM IST. It will be streamed live on FanCode.

Men in Blue CC and Raval Sporting CC are going to face each other for the first time in the tournament on Tuesday. Men in Blue CC lost their last match against Gracia CC, as they failed to defend the total of 72 runs. This will be a busy day for Men in Blue CC, as they will have to play three matches on Tuesday. They have won only one out of the 4 matches they played.

On the other hand, Raval Sporting CC won their previous encounter against Hira CC Sabadell. They are placed at the 4th position whereas their opposition, Men in Blue CC, are placed at the 5th position in the Group B points table. Both the teams would be eager to bag the two points and get back to winning ways.

We are likely to have a complete game without any interruptions on Tuesday. The temperatures will be near the 16°C mark for the most part of the day.

The track at Montjuic Ground has started to favour the batsmen a lot more than bowlers recently. However, there is still something in it for the seamers.

99 (Five matches played at this venue)

Australia vs India: MCG to allow crowd for the traditional Boxing Day Test

Ishan Patel has grabbed 10 wickets in 6 games so far and can come in handy in this game once again.

Shankar Kaligatla has made some valuable contributions for his side. He has scored 70 runs from four games and has also picked up 4 wickets.

Gaurang Mahyavanshi has been good with the ball. He has picked up 8 wickets in 6 games and his economy rate of 6.80 runs per over is one of the best in the tournament.

Manish Manwani has picked 11 wickets in 6 games. Besides that, he has scored 92 runs also. He is looking in great form.

Australia vs India: Ishant Sharma likely to be fit in time for Adelaide Test 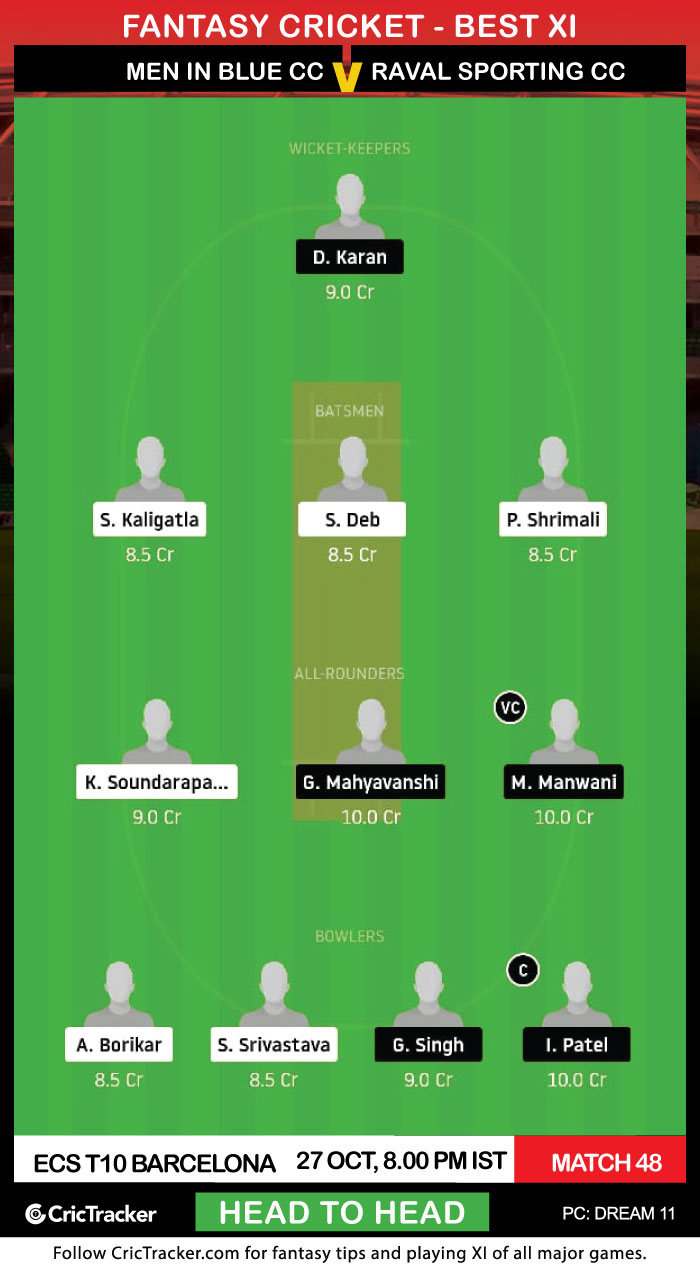 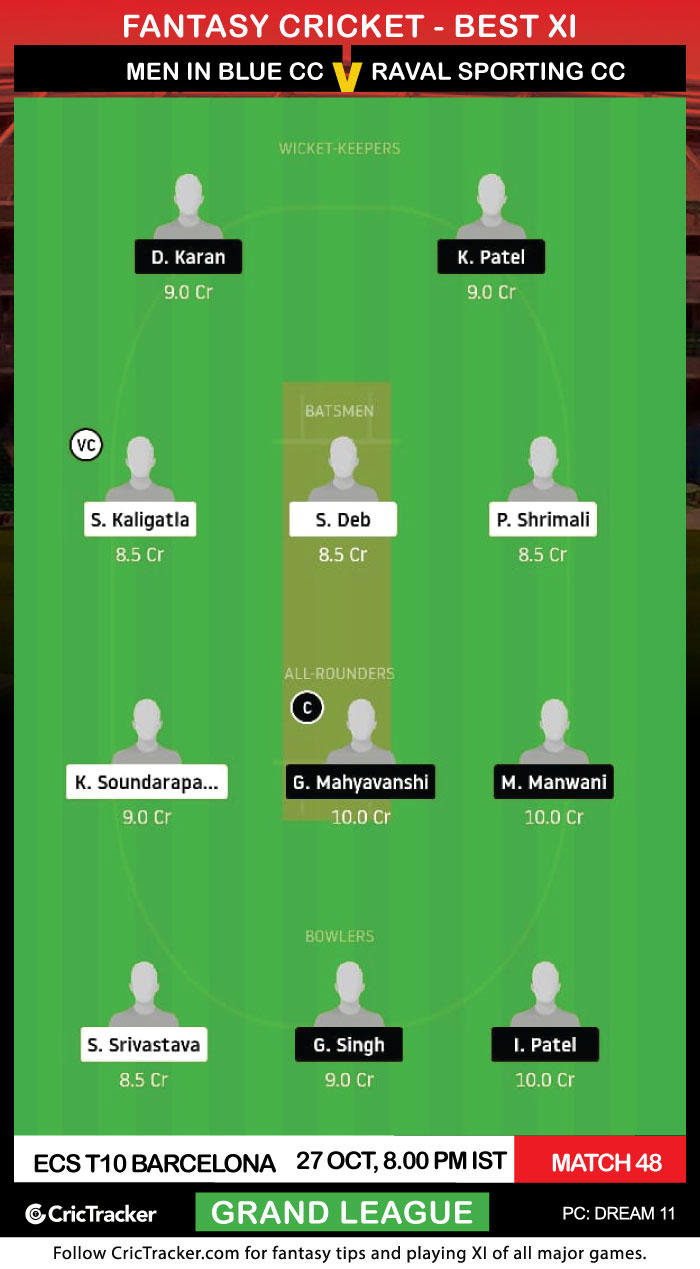 It is advisable to pick Shubhdeep Deb in any one of your Dream11 Fantasy teams. He is selected by a few percentages of users and can prove to be a great differential.

Raval Sporting CC are expected to win this game easily.