Northern Strikers will be up against Southern Hitters in the 6th match of the MCA T10 Super Series 2021 on Thursday. Northern Strikers’ first match has been called off without being a ball bowled. After that, they went on to defeat Western Warriors in their second match by a margin of 51 runs. Considering the start that Northern Strikers have got, they will be heading into this match with the “favourites” tag.

Coming to Southern Hitters, they didn’t start well in this competition, as they lost two back-to-back meetings Western Warriors by 55 runs and Central Smashers by 50 runs. It is evident that they have failed as a batting unit, and should bounce back before being kicked off in the group stages. Hence, both teams will look forward to bagging the two invaluable points on Wednesday.

Though the wicket looks good for batting, it’s not easy for the batsmen to aggregate runs on this track. Even the score of 80 is defendable if the bowlers stick to their game plans.

The skipper of the side, Virandeep Singh has failed to contribute with the bat. But he has been incredible with the ball, as he scalped 4 wickets while conceding just 2 runs in his spell.

Ainool Haqqiem was the only batsman to score more than 20 runs in the previous match. He added 26 off 18 balls and can expect him in the top-order for Northern Strikers.

Anwar Rahman is a must-have player in your fantasy teams. He has scored 20 runs by coming down the order and picked up a wicket as well.

Dhivendran Mogan could be a good buy for your fantasy teams. He has failed to perform in the first two games and is expected to do well in the upcoming fixture against Northern Strikers. 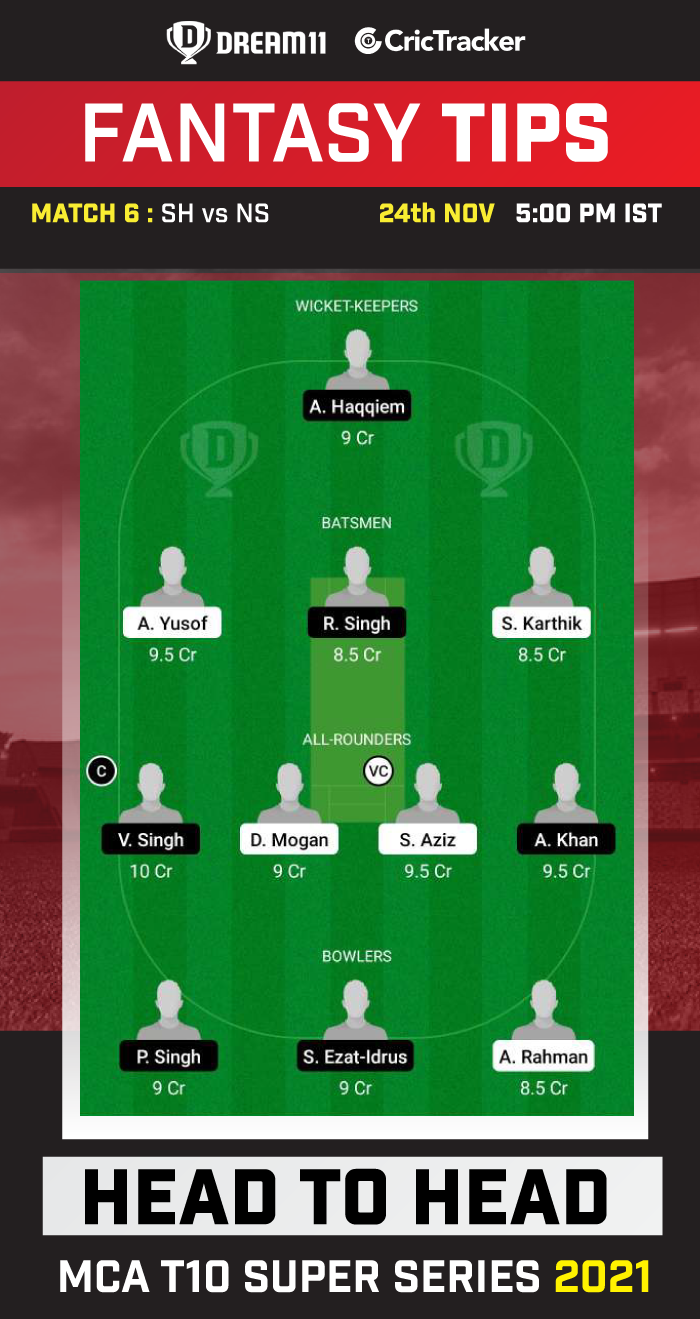 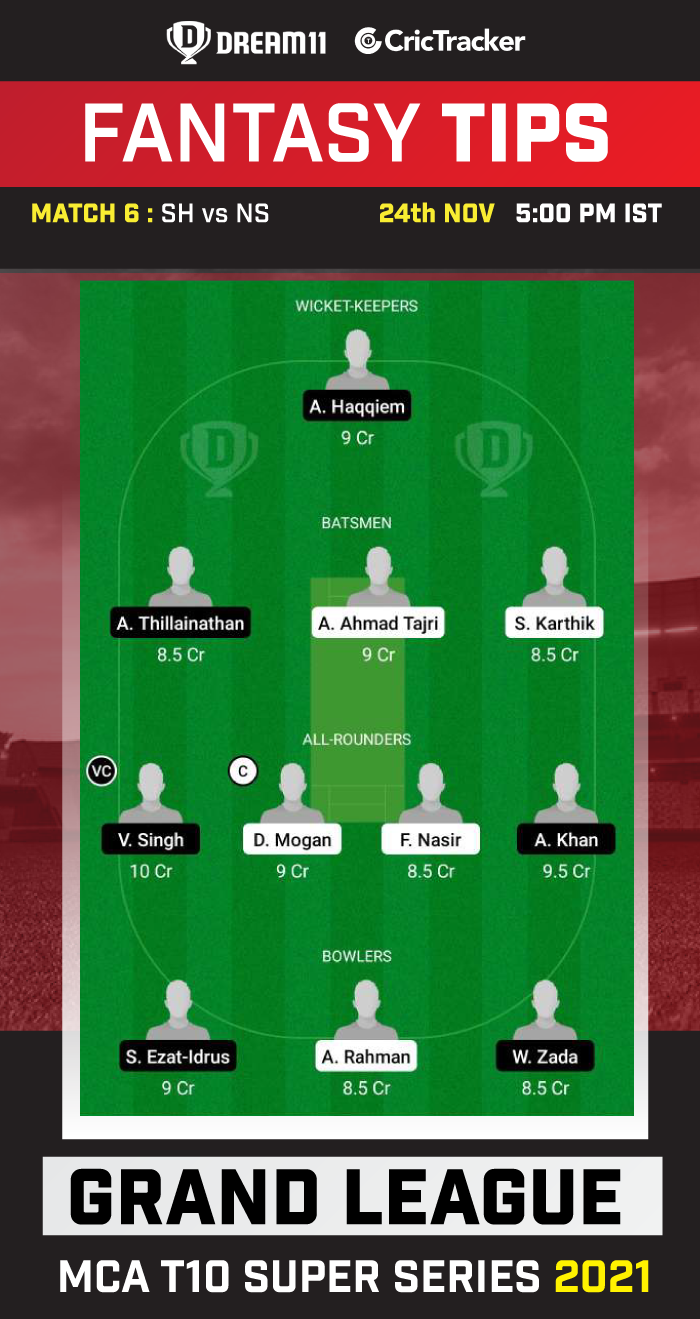