Central Smashers will take on Western Warriors in the 2nd Eliminator of MCA T20 Super Series 2020/21 on Wednesday. Central Smashers lost the qualifier match against Northern Strikers, as they failed to chase the total of 155 runs posted by the opposition.

There will be equal assistance for both batters and bowlers. Having said that, the pace bowlers are likely to get more assistance out of it. Anything over 150 is a good competitive score on this surface.

Azman Ahmad Tajri was decent with the bat in the previous match against Northern Strikers. He scored 35 runs while chasing the target of 156 runs didn’t get enough support from the other end.

Dhivendran Mohan is the top run-scorer for Western Warriors in the ongoing tournament. He amassed 217 runs after getting featured in 7 matches and has also scalped 8 wickets for his team.

Zubaidi Zulkifle has once again provided the start that his team expected from him. He scored 53 off just 27 balls and helped his team to post a challenging total on the board. 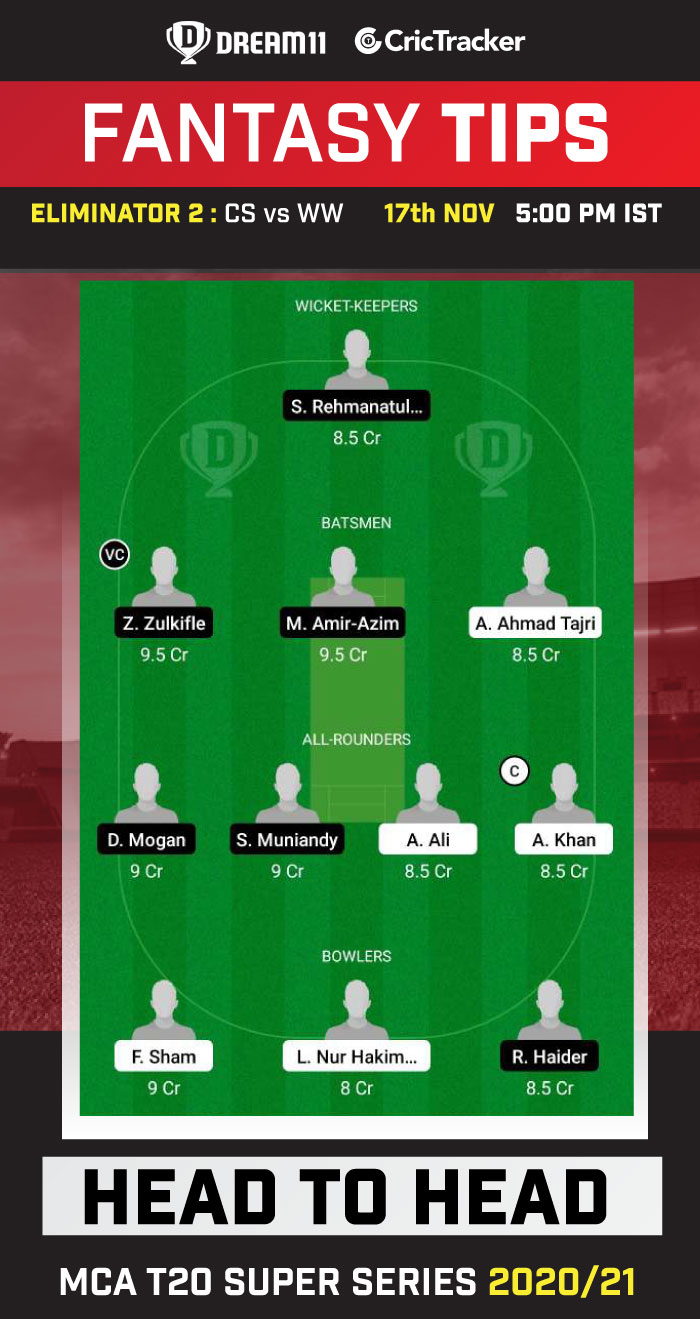 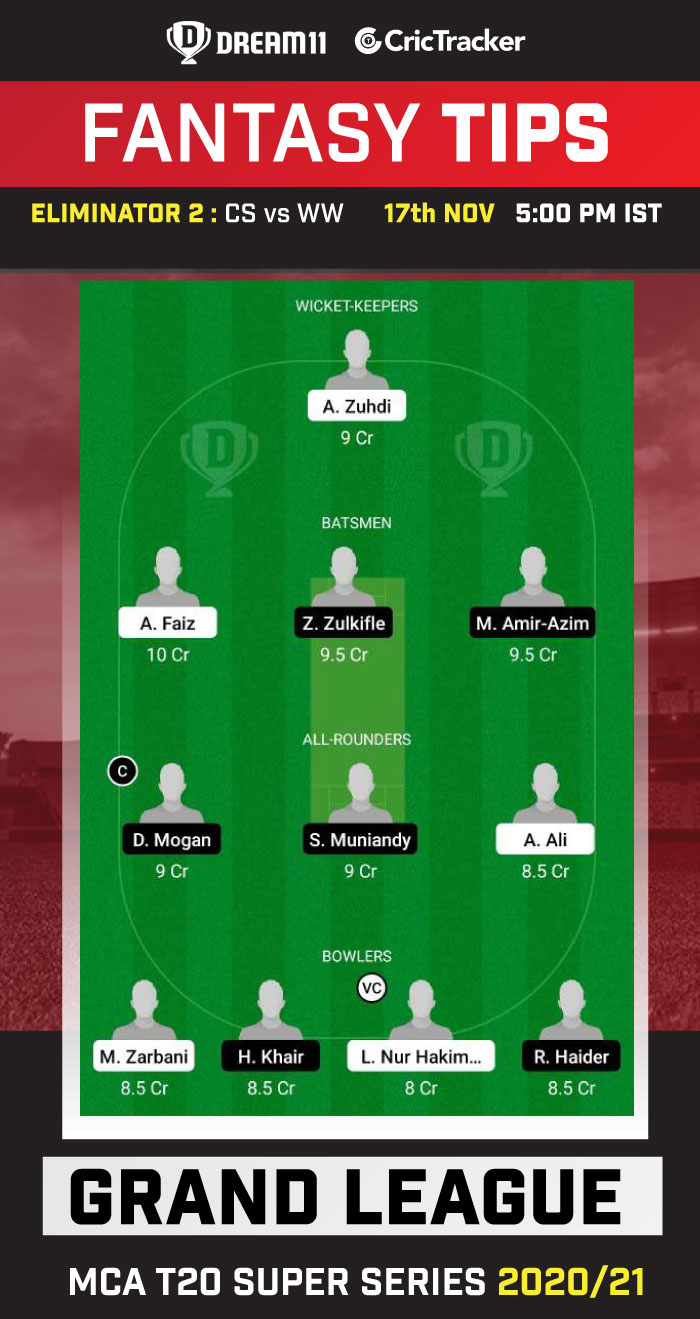