Both sides have a 1-1 win-loss record against each other in this tournament.

Northern Strikers will take on Central Smashers in the Qualifier game of the MCA T20 Super Series 2020/21 on Monday. Northern Strikers have played 6 matches so far in this tournament, where they have won 4 of those and lost the remaining two.

Central Smashers on the other hand are also on the same boat as the Northern Strikers. They too had won 4 matches and lost the other two. Whoever wins will directly go to the finals and the loser will get one more opportunity to play in Eliminator 2.

There will be equal purchase for both batters and bowlers, having said the quick bowlers are likely to get more assistance out of it. Looks like anything over 150 is a good competitive score on this wicket.

Virandeep Singh has played 25 T20Is for Malaysia. He has scored 684 runs at an average of 28.5, with the highest score of 87. Singh has picked up 5 wickets as well.

Nazril Rahman has featured in 11 T20Is for Malaysia, where he has scalped 4 wickets and has also scored 45 runs with the bat.

NS vs CS Must Picks for Dream11 Fantasy Cricket: 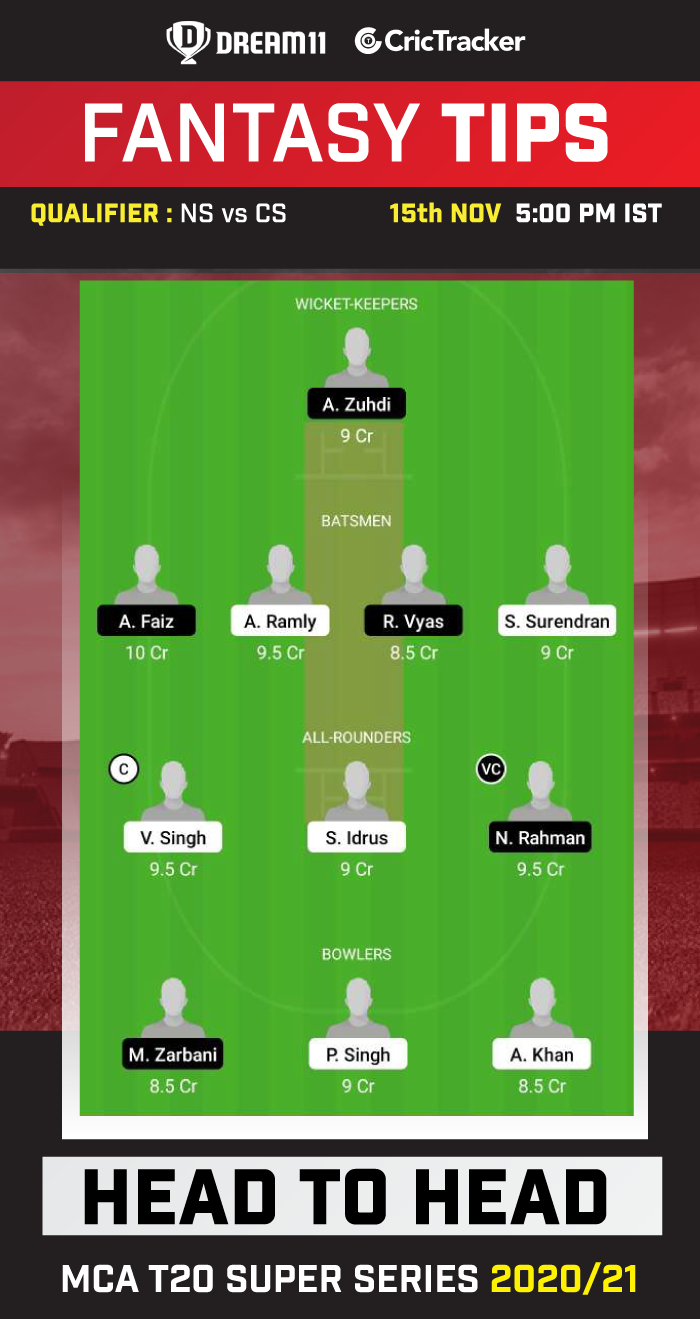 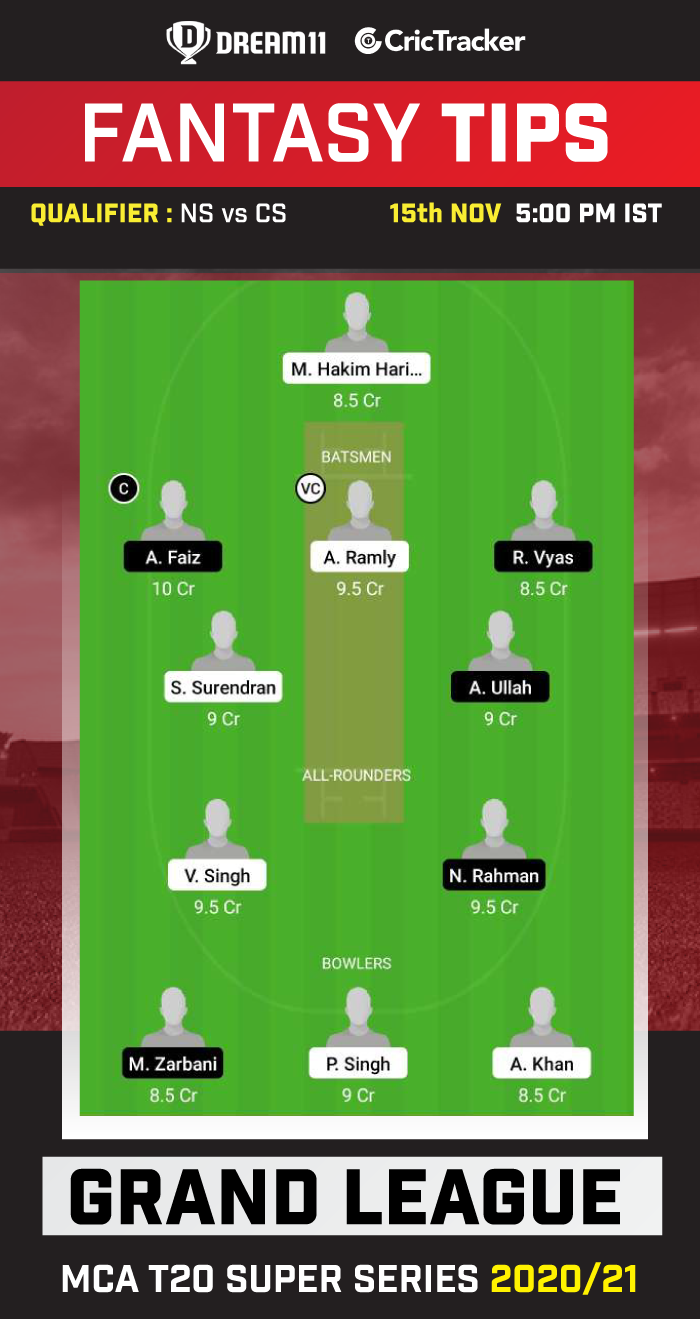