Syed Aziz will be one of the best picks for this game.

Pak Eagles and Sticky Wicket will lock horns in Match 3 of the MCA T20 Syawal Peace Cup 2022. This will be the first fixture for both the teams and would look to start off on a positive note. The Pak Eagles have key players in form of Malik Anas Mehmood, Ahmad Faiz, and Anwar Rahman. On the other hand, the likes of Syed Aziz, Sharvin Muniyandy, and Aimal Khan will be crucial for the Sticky Wicket team.

The pitch at this venue has generally assisted the batters in scoring runs by playing their natural game, and the bowlers will look to use overcast conditions in their favour. A score of around 150 is expected to be a par score on this venue.

Also Read: We have no issues touring Sri Lanka for the Test series: PCB official

Ahmad Faiz has amassed 775 runs and 44 wickets in 56 matches and is one of the best all-around performers.

In 117 matches, Sharvin Muniyandy has amassed 1838 runs and has 83 wickets, and is a reputed player in Malaysia. 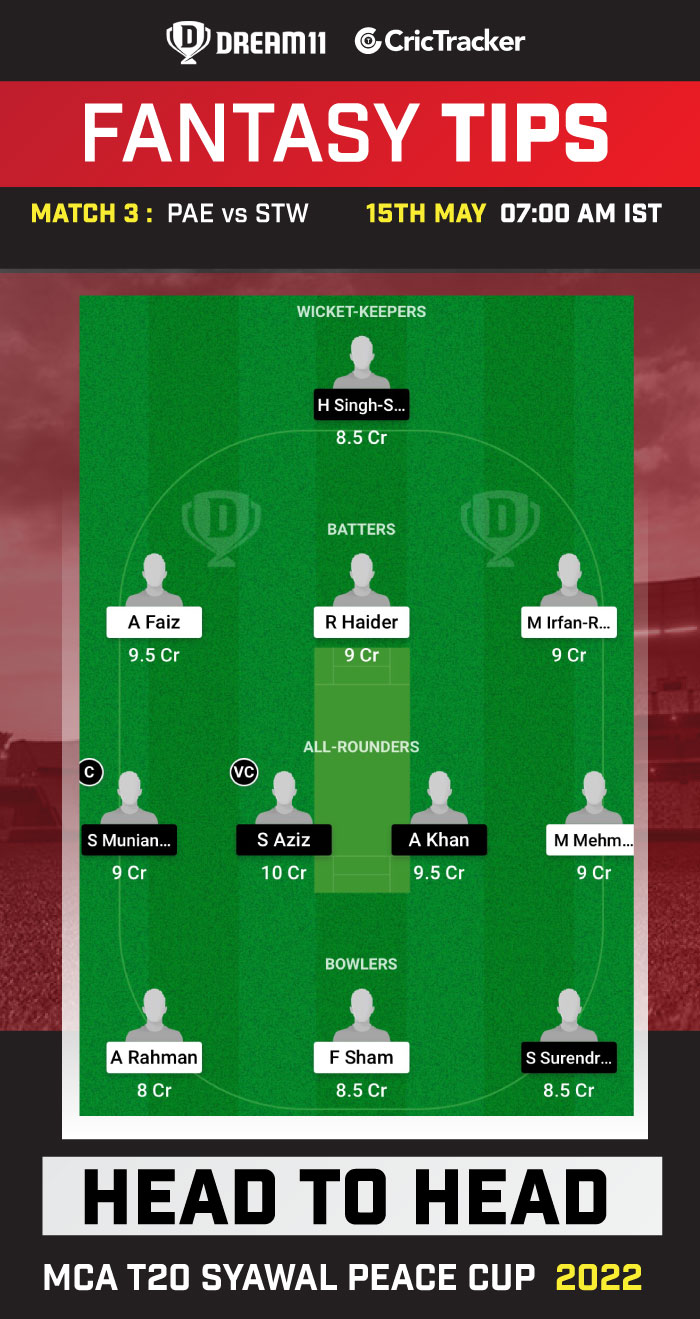 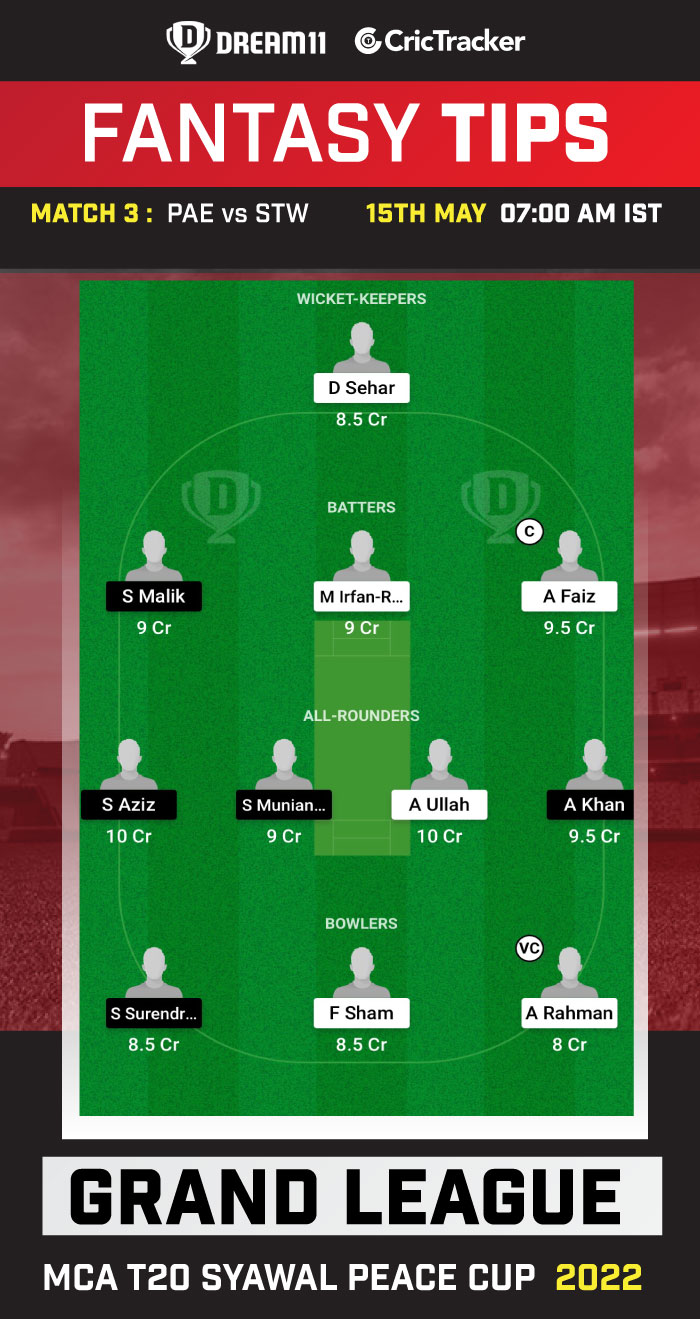 PAE is expected to secure a victory in this fixture.