Muhammed Adnan scored 91 runs at a strike rate of 260 in four innings. He has also picked up 5 wickets.

The 1st semi-final of the ECS T10, Cartaxo will be played between Malo CC Vilamoura and Rossio CC at the Cartaxo Cricket Ground, Cartaxo.

In what should be an exciting first semi-final, the table toppers, Malo CC Vilamoura will lock horns with Rossio CC who finished fourth in the league stage. Winning 4 out of the 5 games, the tournament favourites, Malo CC, suffered a surprising loss to Royal Lisbon. They bounced back to win their last league match and will be looking to get one step closer to lifting the trophy.

Rossio CC, on the other hand, had a change in fortune after they handed over the captaincy to Md Siraj, winning both of their last two league games. They will be wanting to avenge their defeat against Malo CC Vilamoura and book a place in the final.

The weather will be partly cloudy at Cartaxo with a slight chance of rain. The temperature will hover around 23 degree Celsius.

The pitch at Cartaxo has been equally good for both, batting and bowling. The ball comes on to the bat nicely and the fact is that bowlers do get some swing. It should be an interesting contest between bat and bowl.

Muhammed Adnan should be back in the side after being rested for the last league match. He scored 91 runs at a strike rate of 260 in four innings. He has also picked up 5 wickets.

Amir Zaib has taken 7 wickets in 5 matches at an economy rate of 6.70 and has played some crucial knocks with the bat as well.

Rahul Bhardwaj has been in good bowling form picking up 7 wickets at an economy of 6.33 in the league stages.

Azhar Andani has been the top scorer for Rossio CC with 98 runs under his belt in 5 matches. 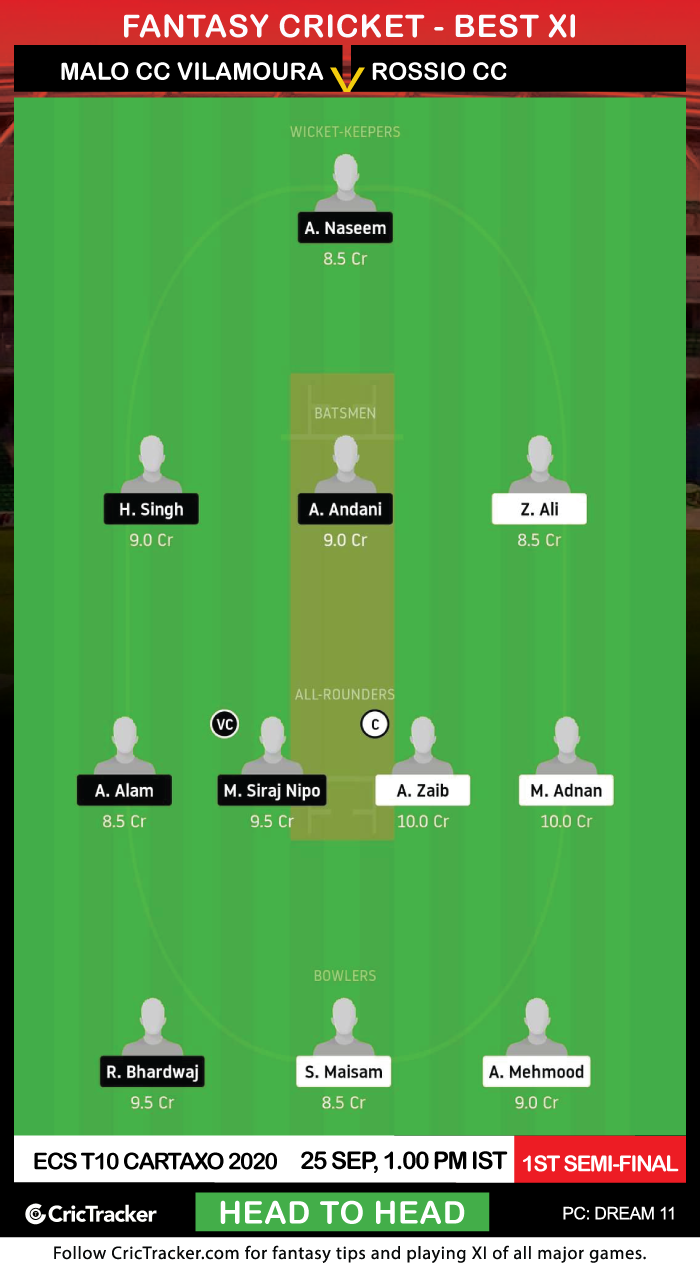 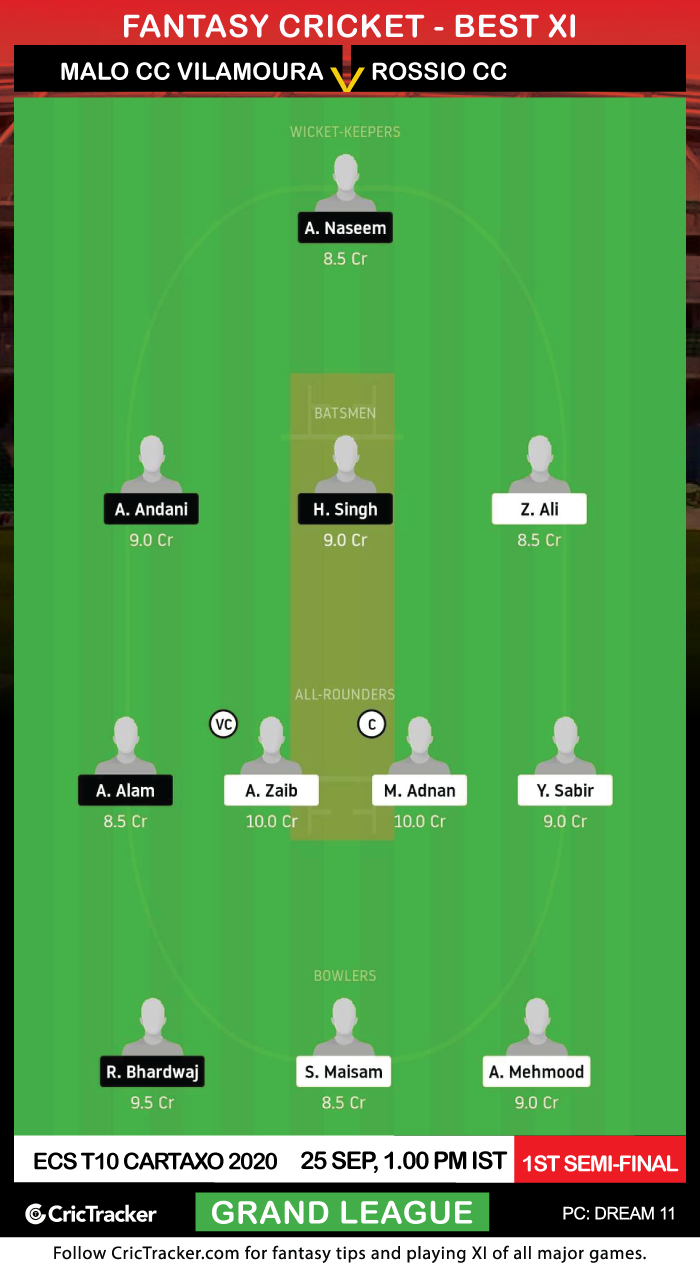 Amir Zaib has been the best all-rounder in the tournament. He is the perfect candidate for your fantasy team captain.