Audy Alexander is the best captaincy option for this match.

The Final match of the St Lucia T10 Blast 2021 will be played between Micoud Eagles and Choiseul Coal Pots at the Daren Sammy National Cricket Stadium, Gros Islet, on 14th May.

The match will start at 11:00 PM IST and it will be streamed live on Fan Code.

After finishing well in the group stages and successfully winning the semi-finals, Micoud Eagles and Choiseul Coal Pots are all set to meet each other in the final of the tournament. Micoud Eagles had one of the best records in the league stages, losing only one match and winning the rest of the games. On the other hand, Choiseul Coal Pots have also been one of the most consistent sides.

Micoud Eagles beat Mon Repos Stars in their semi-final. The Eagles were set a target of only 81 by the Stars, which was chased down by them in just seven overs and with nine wickets in hand. On the other hand, Choiseul Coal Pots scored 114 for 3 in their 10 overs during the semi-final against South Castries Lions, who were only capable of scoring 78 runs. This gave Coal Pots a victory of 36 runs.

Probable Playing XIs – ME vs CCP

Captaincy Picks for ME vs CCP

Murlan Sammy has been in top form with the bat in this tournament. In the recent matches, he hasn’t really got wickets but has been among the runs. In the last five innings with the bat, he has scored 124 runs with the highest score of 75 runs, an innings which came from only 27 balls.

Apart from leading his team, Audy Alexander has also shouldered the responsibility with both the bat and the ball. In the last five matches, he scored 141 runs at a healthy strike rate. Apart from this, he also has six wickets in the last four bowling innings. 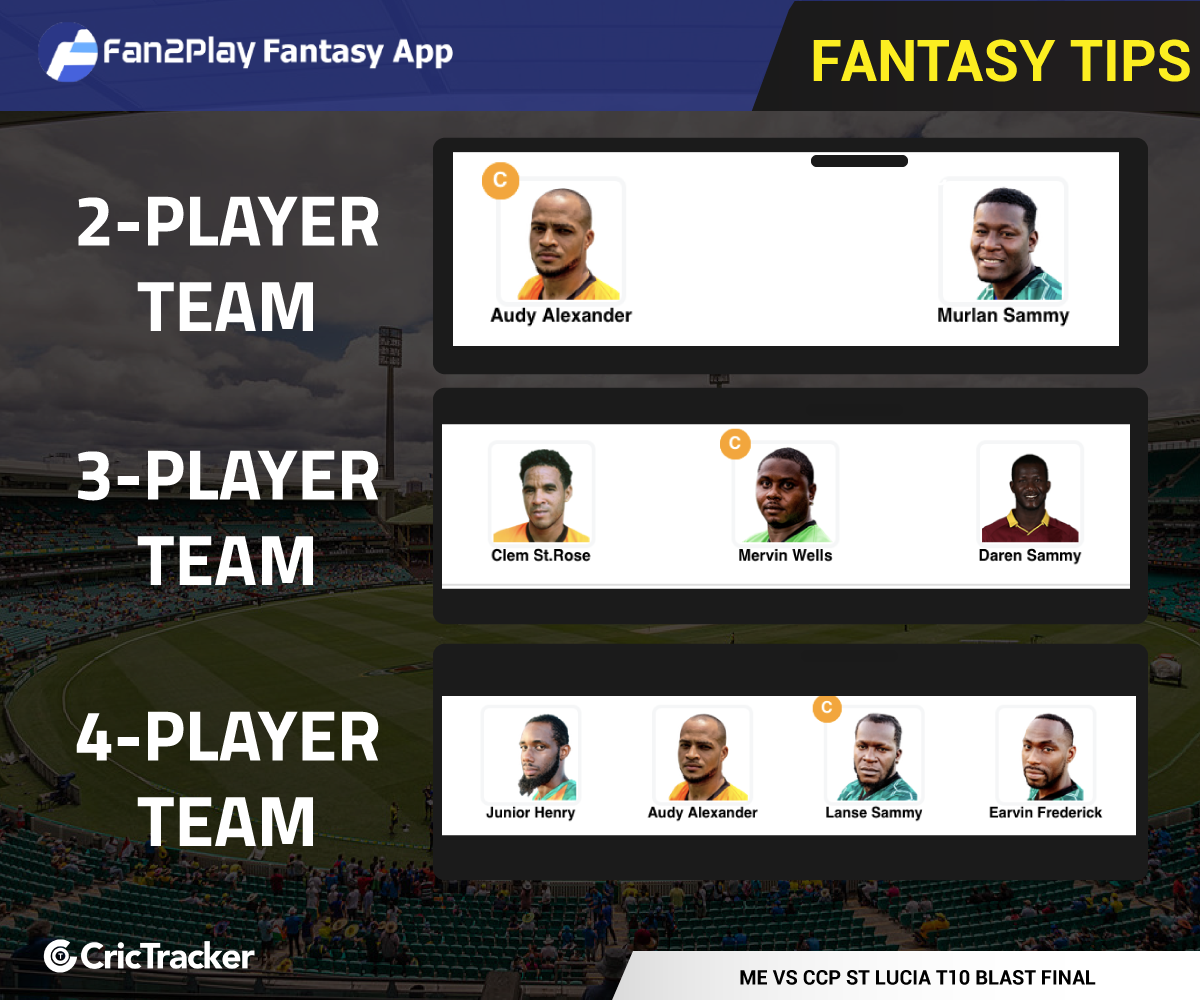 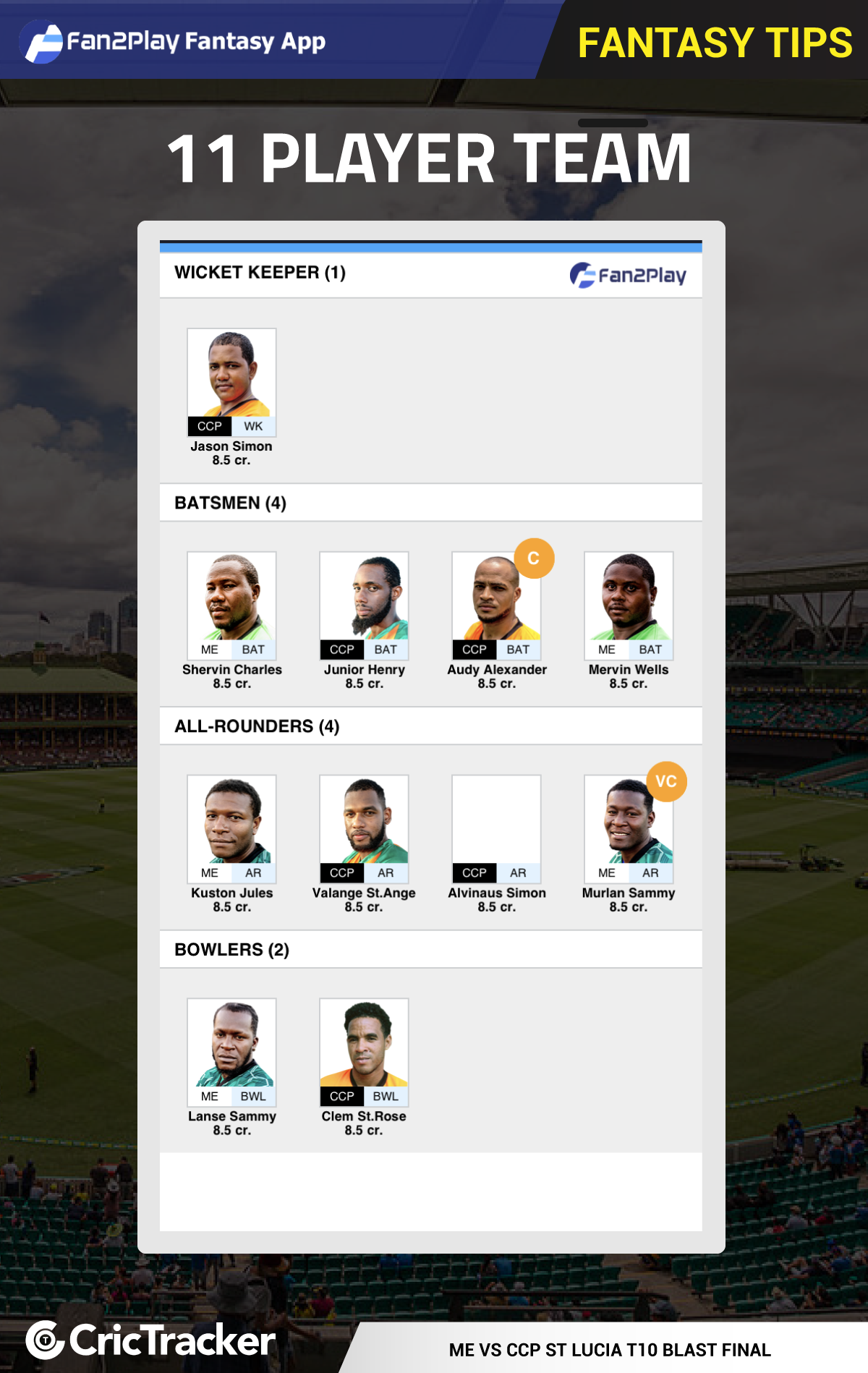