Iqbal Hussain, Delawar Khan and Jino Jojo will be safe options for multipliers.

The 10th game of the 2019 Malaysia Men’s CWC Challenge League A will be played between Denmark and Qatar at the Selangor Turf Club in Kuala Lumpur.

Denmark began the tournament with back to back defeats before bouncing back with a huge win in the 3rd game. They lost to Malaysia and Singapore by 36 runs and 44 runs respectively where they failed to seal crucial moments. In the 3rd match against Vanuatu, they posted 220/7 in their 50 overs. Their bowling attack was on the top for the 3rd consecutive match as they bundled out Vanuatu to just 72.

They will now face Qatar who has won two of their three matches in the tournament. Qatar defeated Singapore and the hosts Malaysia in their first two matches before losing to Canada on Sunday by 115 runs. The Canada team posted a huge total of 379/4 in their 50 overs. Qatar openers Saqlain Arshad (97) and Kamran Khan (68) shared a 149-run stand for the first wicket but collapsed to 264/10 in 48.5 overs.

Selangor Turf Club is expected to be under clouds throughout the day. There could be spells of rain in the afternoon but major reduction in the overs might not be seen.

The Selangor Turf Club has hosted four matches this tournament. Two of them saw successful chases when the target is under 200 while the batting first side won twice when the target is over 200. Qatar could fancy their chances to chase up to 220 after the confidence they earned through their batting performance against Canada.

The Qatar skipper Iqbal Hussain managed to pick up three wickets even while Canada pilled on runs, Delawar Khan played only two matches in this tournament but picked 3-fers in the both. Jino Jojo accounted for 8 wickets in three matches and also aggregated 48 with the bat. Frederik Klokker has impressive batting record for Denmark and has scored an unbeaten 74 in the previous match.

Iqbal Hussain, Delawar Khan and Jino Jojo will be safe options for multipliers. 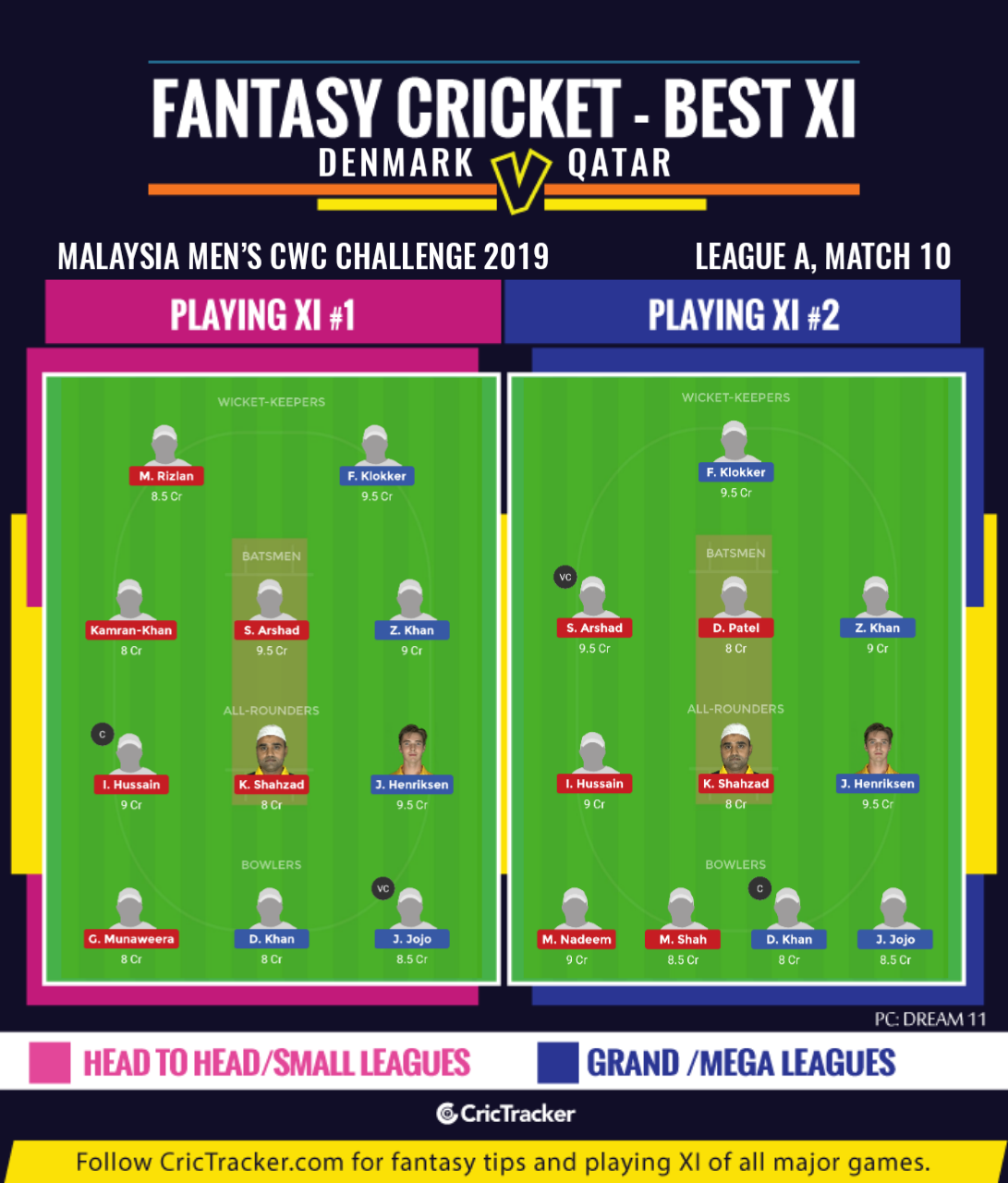 Since this match will be played at the Selangor Turf Ground, picking seven players across all-rounders and bowlers categories. Captain and vice-captain also can be picked among those.

Qatar is expected to register their 3rd win of the tournament.