Sophie Molineux can be a good pick for this match. 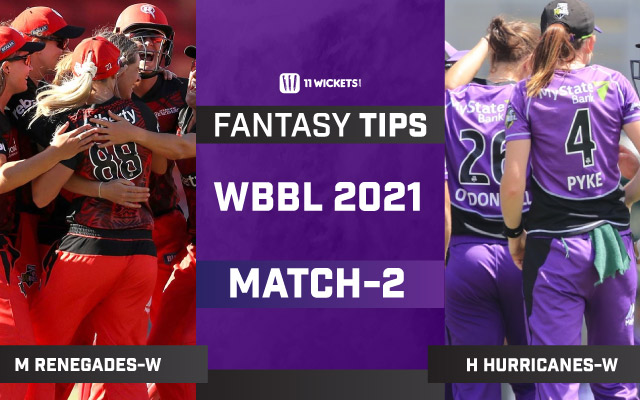 Melbourne Renegades Women and Hobart Hurricanes Women will battle it out against each other in Match 2 of the Australian Women’s T20. The former has made quite a few changes in their squad for this season. Their spin department also seems to be strong with considerable depth in it.

Hobart Hurricanes Women on the other hand finished last in the previous season and that has tempted them to make key moves. The bowling attack looks lethal with the inclusion of Molly Strano who has a lot of experience under her sleeves. Heading into this match, both the teams will be determined to start their campaign on a positive note.

Pacers are expected to get an edge on this surface. The batters might find it easier to bat as the game progresses.

Georgia Wareham comes in handy with both the bat and the ball. She put up an impressive show with the willow in the last edition of the tournament. She can be a good pick for this game.

Sophie Molineux had a good outing against India in both the ODIs and the T20Is. She looked pretty impressive with the ball and will aim to carry her momentum further. She can be the other player to bank on.

Rachel Priest has a lot of experience under her belt. From the 75 T20I matches she has played, the keeper-batter has scored 873 runs. She can be the other good pick for this match. 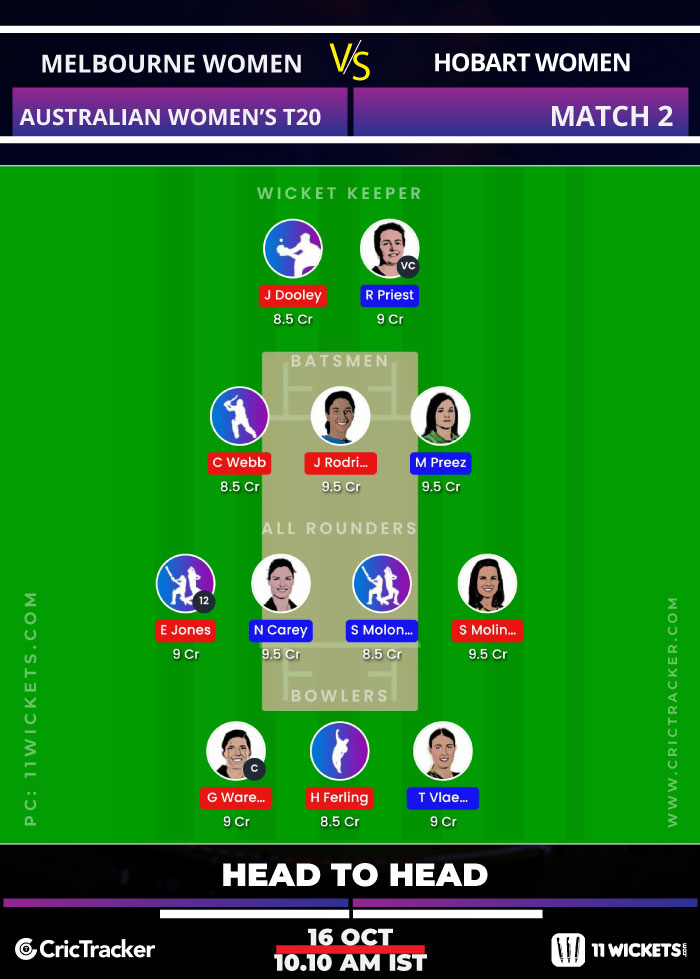 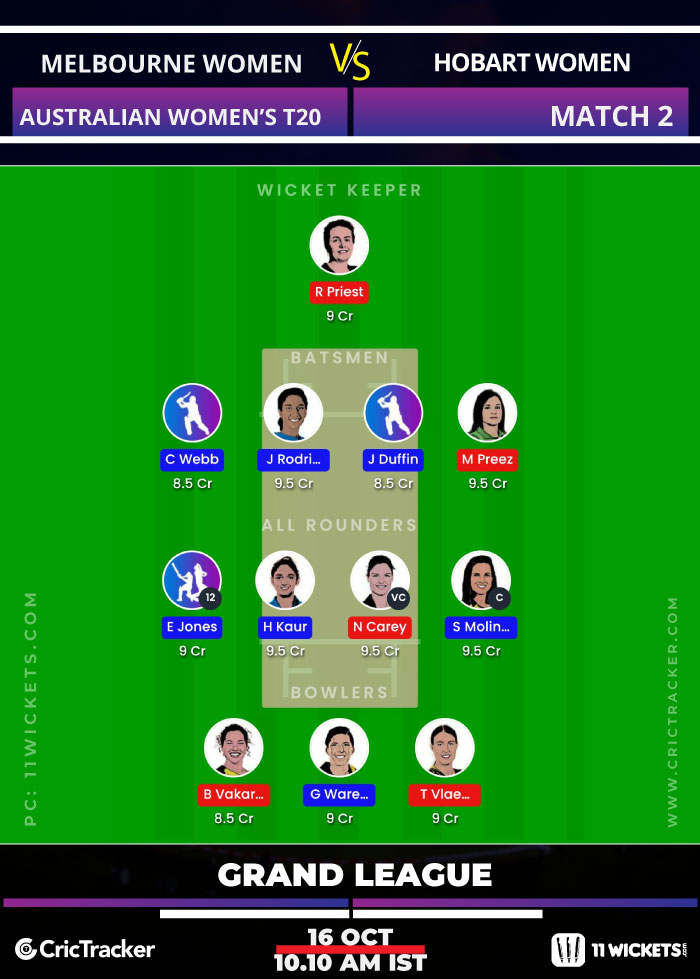