Harmanpreet Kaur can be a good player to bank on for this game.

Melbourne Renegades Women will battle it out against Sydney Thunder Women in match 48 of the Australia Women’s T20. The former have had a splendid run in the tournament so far. The team have registered seven victories from 11 matches and are placed at the top of the points table.

Sydney Thunder Women, on the other hand, have won three matches from the 11 they have played in the high-profile event so far. The team finds itself at the seventh position of the points table. However, two games of both the teams were abandoned. Heading into this match, both sides will look forward to putting their ‘A’ game to the fore.

The pitch is expected to be a neutral one. Both the departments might get enough assistance from the surface.

Harmanpreet Kaur has scored 309 runs in the tournament so far. She has also clinched 12 wickets and will be determined to make a larger impact on the side. She can be a good player to bank on for this match.

Smriti Mandhana is currently the highest run-getter for Sydney Thunder. She has amassed 234 runs in the tournament so far. In the previous game as well, she scored 45 runs and looked in good touch.

Skipper Hannah Darlington has displayed her sheer flair in the competition. She has picked up 14 wickets in the tournament until now. She can be the other good pick for this match. 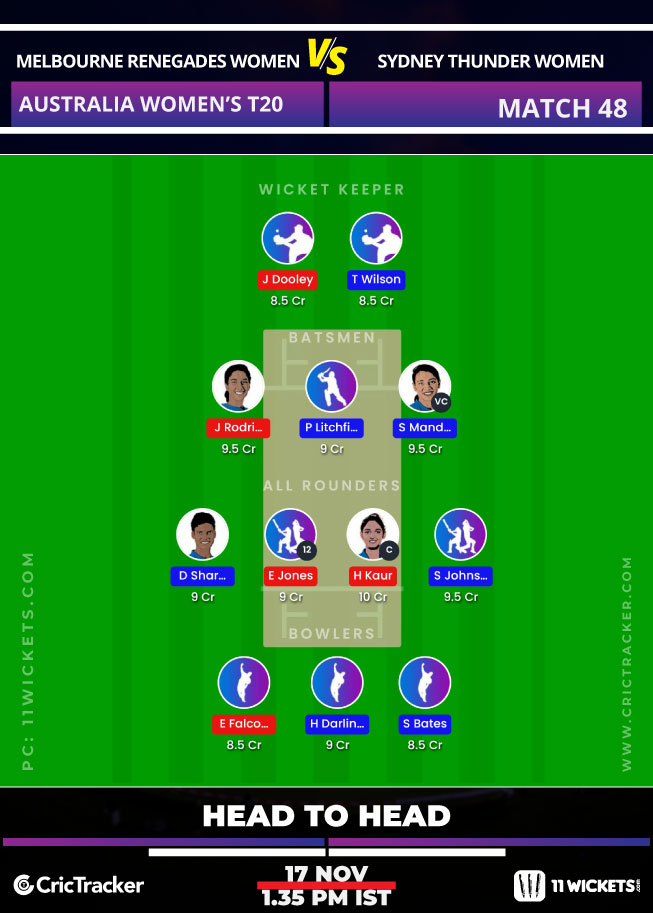 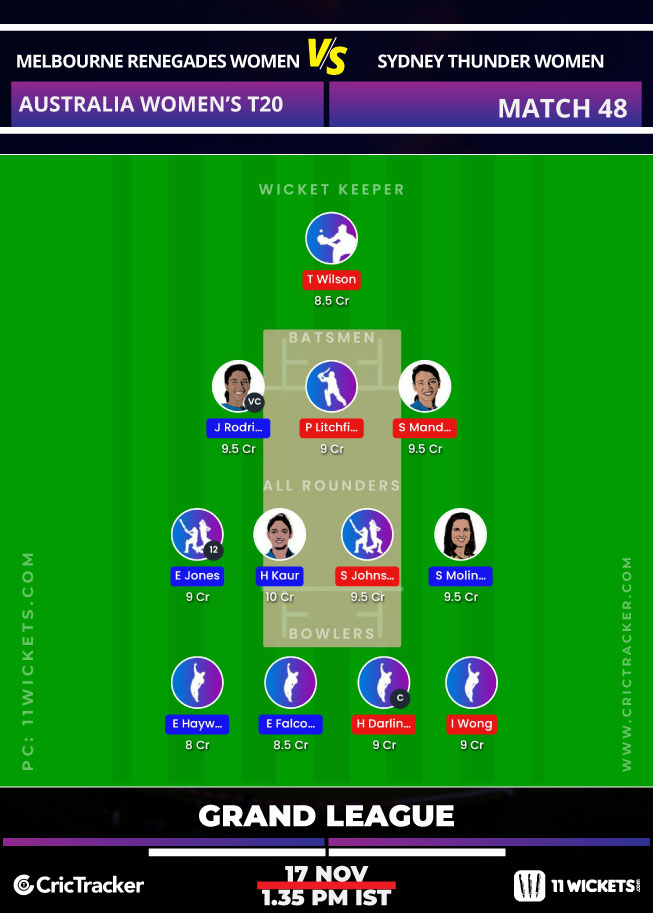