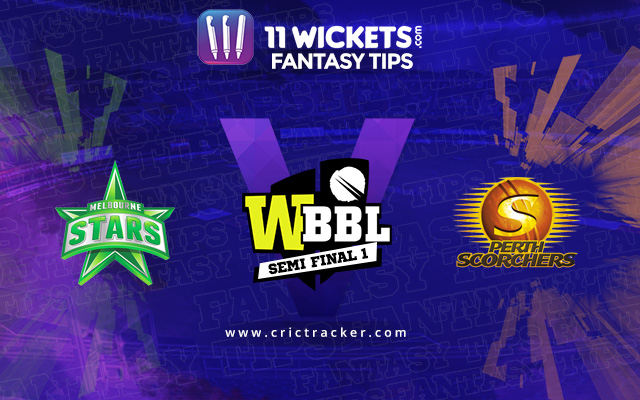 The first semi-final of the WBBL 2020 will be played between Melbourne Stars and Perth Scorchers at the North Sydney Oval, Sydney.

After 56 matches, we have got out four semi-finalists in WBBL 2020. Melbourne Stars and Perth Scorchers will face-off in the first semi-final. The Stars, led by Meg Lanning, topped the table with 8 wins but lost their previous game to Sydney Sixers courtesy Alyssa Healy‘s brilliant batting. On the other hand, the Scorchers have lost twice this season to the Stars and have also lost their previous game. But one would expect them to come hard at Stars.

It is likely to rain in the morning in Sydney. But the weather will clear by match time and we might have a full game. Expect the temperature to be around 22-24 Degrees Celsius.

The pitch at this venue has been kind to batters with even the Sixers chasing 179 down easily in the previous game here. The team winning the toss will definitely prefer to chase.

Beth Mooney has mustered 524 runs so far in 13 matches including four fifties to her name. Sophie Devine has amassed 448 runs in 11 innings and has also picked five wickets. Sarah Glenn and Taneale Peschel have also bowled well picking 16 and 13 wickets respectively. Natalie Sciver has accounted for 18 wickets but has scored only 194 runs. Meg Lanning has smashed 458 runs in 12 innings while Du Preez has scored 375 runs batting at three. 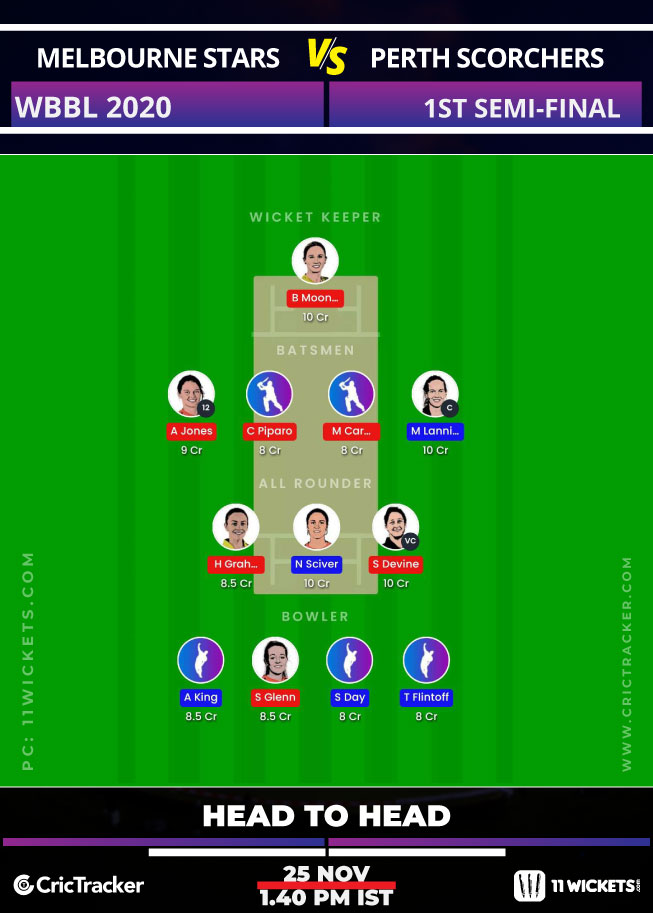 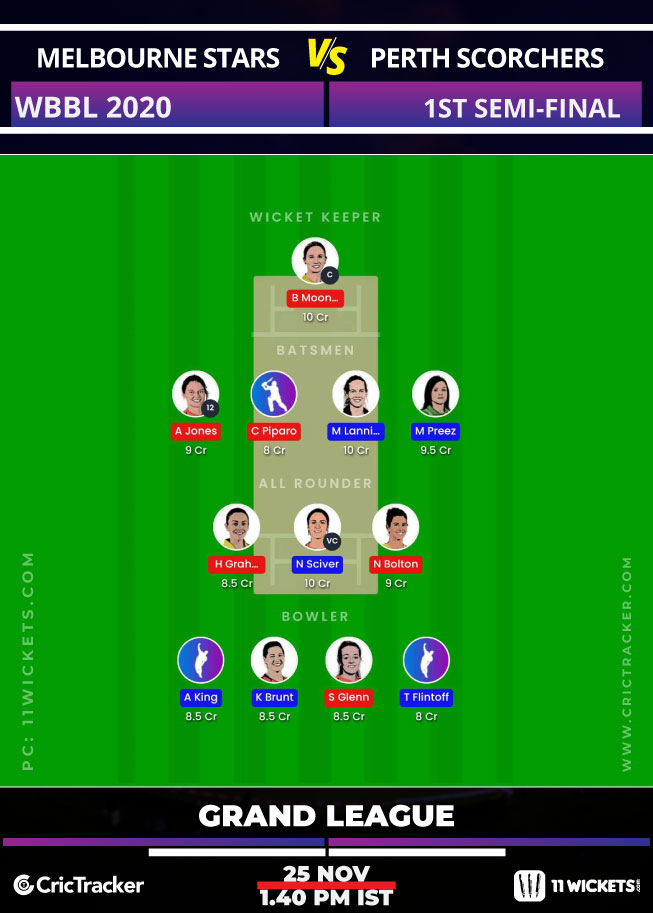 Sophie Devine might not be an ideal captain for this match given that she has not bowled much this season. Rather she didn’t bowl at all in the previous game for the Scorchers. Meg Lanning is a big match player and can be made captain of your Fantasy team.