Rohit Sharma, Kieron Pollard, Eoin Morgan and Andre Russell will be in action on Friday during MI vs KKR. 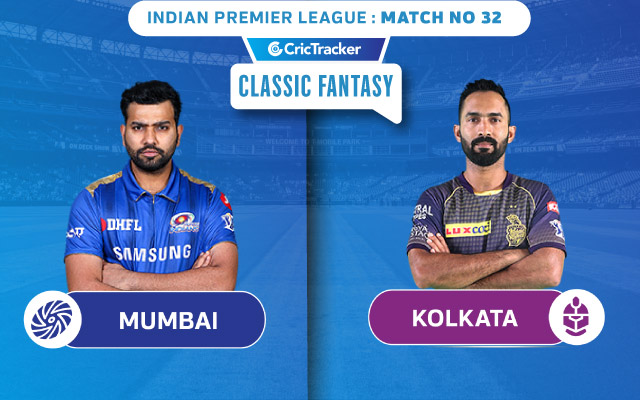 The Royal Challengers Bangalore and Kings XI Punjab turned out to be a thrilling match ensuring the 2020 Indian Premier League (IPL) be a closely contested tournament. Another thrilling match could be expected on Friday when the Mumbai Indians face Kolkata Knight Riders at the Sheikh Zayed Stadium. Eoin Morgan will be taking the charge as KKR skipper from this match after Dinesh Karthik has quit from his role.

Schedule logistics around MI vs KKR

Saturday’s doubleheader will witness RR, DC, RCB and CSK in action. Hence, no player from those four teams is excluded in any of our two suggested teams. Instead, we can exclude Kings XI Punjab players as they play again on Sunday.

Will KKR’s bowling withstand during MI vs KKR?

The Kolkata Knight Riders are pace a dominant team as they got only one spin bowling option in the form of CV Varun. The absence of Sunil Narine makes them an easy bowling attack for the MI team with the presence of Rohit Sharma and Quinton de Kock at the top. Both the opening batsmen enjoy smashing the pacers who bowl at 140+ speeds. All the pace bowling options in KKR belong to the same category which could help the MI team continue their winning streak by smashing another big total.

We expect the Mumbai Indians openers, Rohit Sharma and Quinton de Kock have a good hit against the KKR bowlers. As only one spinner is there in the KKR line-up, we could witness them post huge scores on Friday. Rohit is the best choice to be picked as captain in MI vs KKR due to the KKR pacers who prefer to bowl hard lengths. 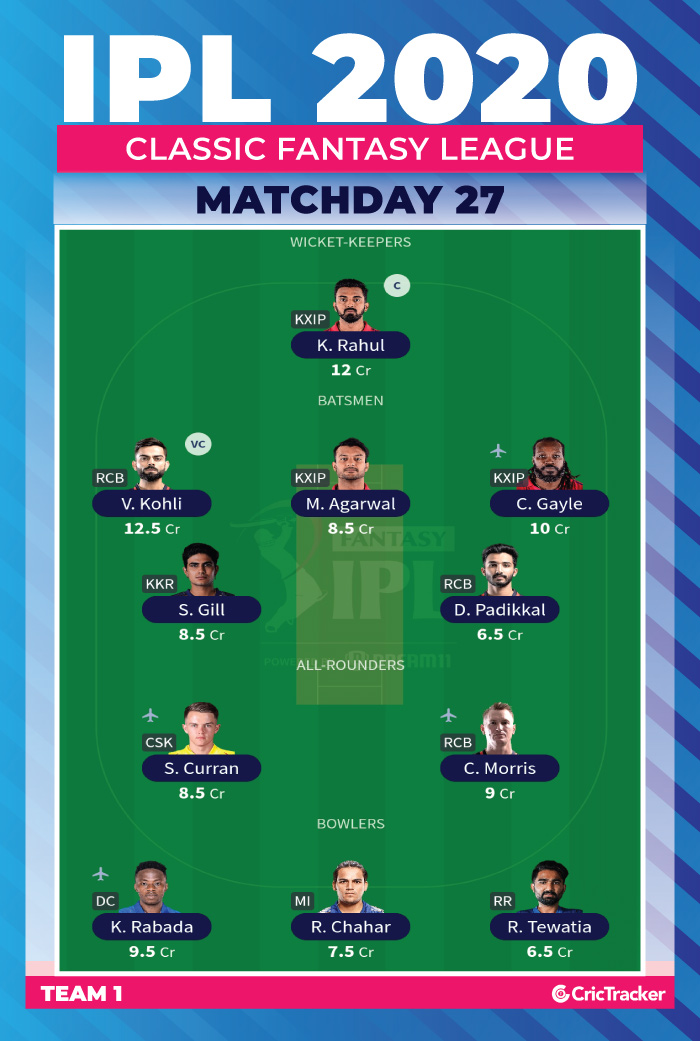 We have picked Rohit Sharma and Suryakumar Yadav in place of KL Rahul and Mayank Agarwal for MI vs KKR. The KXIP duo can be picked again on Sunday for their match against MI only. Suryakumar is in great form having hit fifties in the previous two outings. 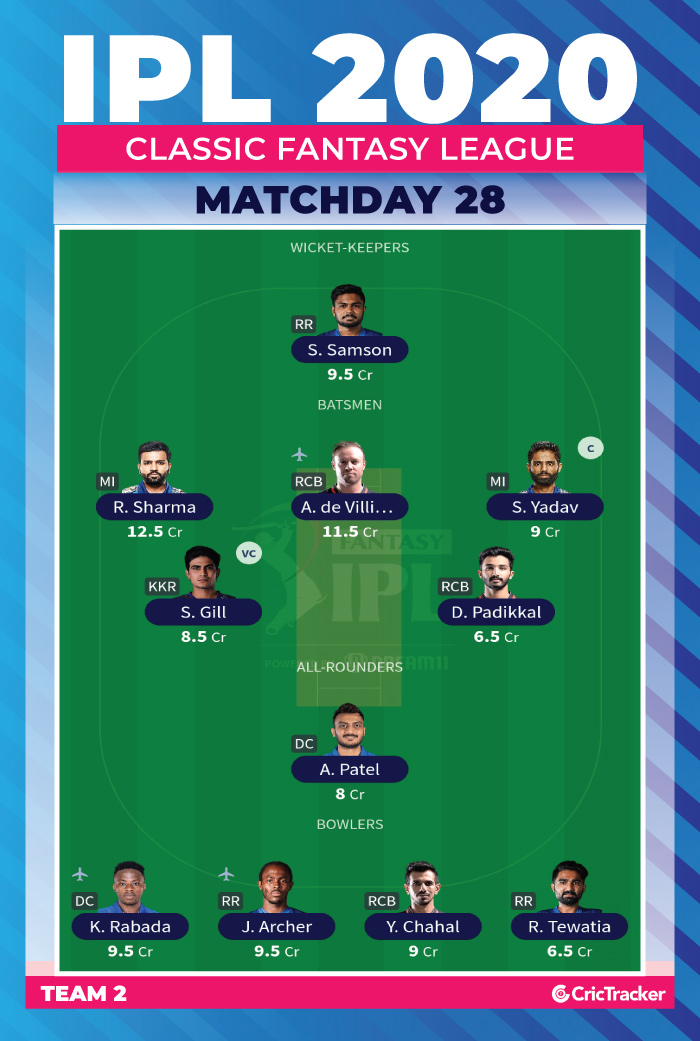