Mukidul Islam is the most expensive bowler for Rajshahi, but with 11 wickets, he won't be the worst of choices as a multiplier. 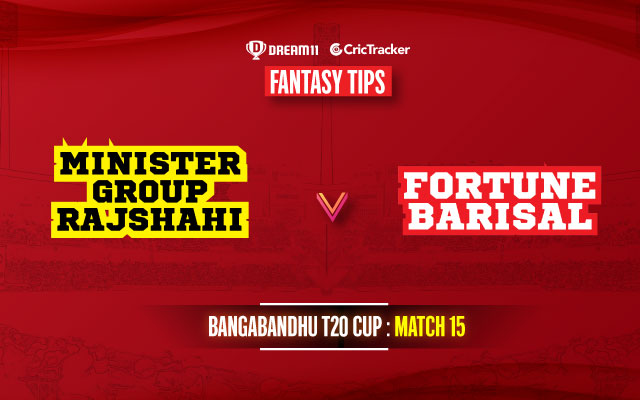 The 15th match of the Bangabandhu T20 2020 will be played between Minister Group Rajshahi and Fortune Barishal at the Sher-e-Bangla National Stadium in Mirpur, Dhaka.

Fortune Barishal would, probably, be playing their most important game of the league stage. They would be facing the Minister Group Rajshahi in their next match and a loss could see them in a dangerous position going ahead in the tournament.

Both Rajshahi and Barishal are competing for the fourth spot and there’s a chance for the latter to even go to fourth based on net run rate. For Rajshahi, they are on a four-match losing streak and another loss would make their last match against Gazi Group Chattogram a must-win affair.

Nazmul Hossain Shanto’s men, on Sunday, went down by the Gemcon Khulna by five wickets. However, going into their next match, Rajshahi can take heart from the fact that they defeated Barishal by five wickets in their previous meeting.

The playing conditions will be pleasant enough. The temperature will be around 27 degrees Celsius during the course of the encounter. The humidity will be in the low-40s with 32 percent cloud cover.

The pitch in Mirpur has been, more or less, a decent one for batting thus far in the tournament. Bowlers have gotten assistance and run-making hasn’t been all that tough either.

Tamim Iqbal should be an obvious choice in your eleven since he is the leading run-scorer from both teams. With 187 runs at an average of 46.75, the southpaw has shown quite a bit of consistency.

Nazmul Hossain Shanto is the leading run-scorer for Rajshahi with two half-centuries to his name. He has scored those runs at a strike-rate of 142.51 and has clearly been their standout batsman.

Mukidul Islam is the most expensive bowler for Rajshahi with an economy of 9.17. But the fact he is their leading wicket-taker can’t be denied. The pacer has 11 wickets in the 22.2 overs he has bowled.

Mahedi Hasan has been a decent performer for Rajshahi with both bat and ball. In six matches, he has scored 119 runs at an average of 23.80 and also has four wickets at an economy rate of 6.77 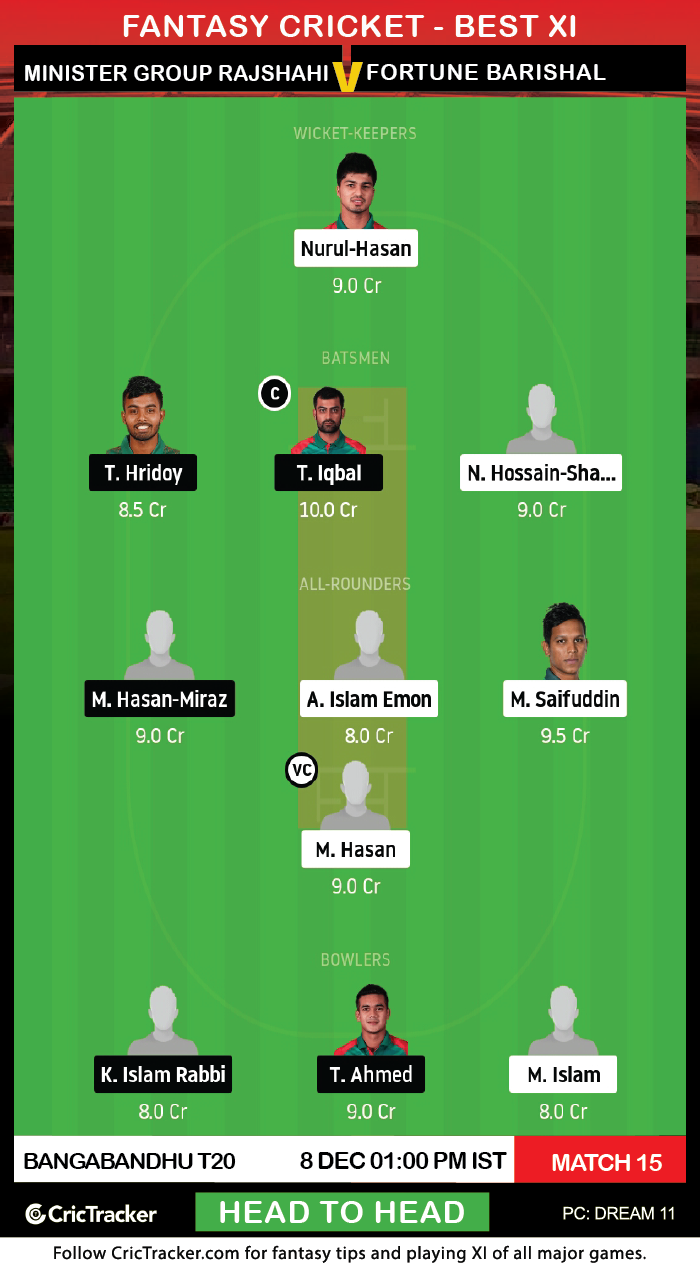 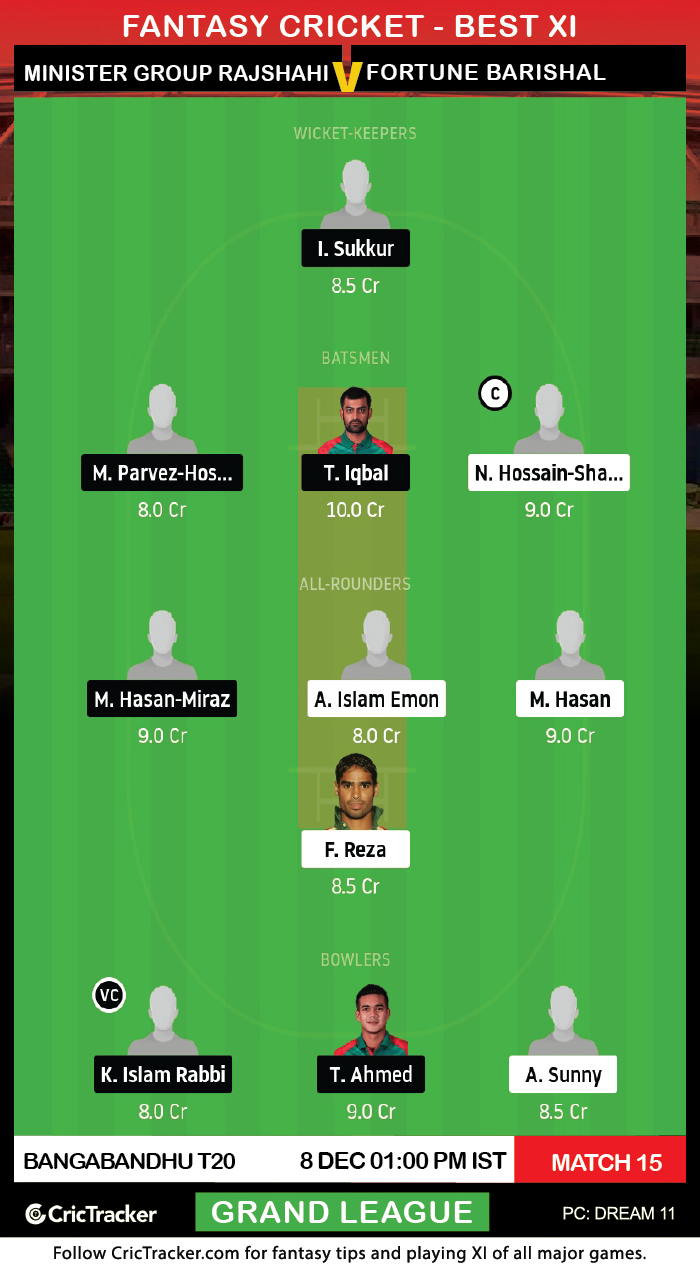 Seven batsmen from Rajshahi have scored over 100 runs in the tournament compared to Barishal’s three. Hence, you may avoid picking many from Barishal’s bowler’s category.

Fortune Barishal is expected to win the match.