Barishal are currently placed fourth and are also in need of getting their net run rate up from the negatives. 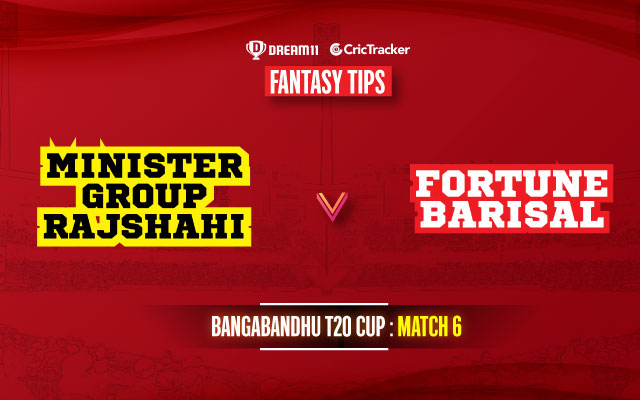 The 6th match of the Bangabandhu T20 2020 will be played between the Minister Group Rajshahi and the Fortune Barishal at the Sher-e-Bangla National Stadium in Mirpur, Dhaka.

Minister Group Rajshahi have gotten off to a stupendous start, winning their first two matches. With a net run rate of 0.639, Nazmul Hossain Shanto and Co are sitting pretty on top of the points table. In their previous game, they brushed aside the Gemcon Khulna by six wickets. In their next game against Barishal, the team will be looking to strengthen their position at the top with another win.

Barishal, on the other hand, had every chance of starting their campaign with a thumping victory. However, Ariful Haque dashed their hopes, hitting sixes at will in the last over of the match. Their bowling was clinical for the most part of the game before capitulating at the death. Tamim Iqbal’s men need to park last match’s disappointment aside and take on table-toppers Rajshahi with a new zeal.

The pitch has been fairly good for batting, but bowlers have had their say as well. There would be a fair amount of dew in the second half. The temperature will be around the 26 degrees Celsius mark with the humidity in the high-50s.

The pitch hasn’t been an absolute belter for batting. Run-making hasn’t been impossible, but batters have had to put their heads down and grind. The bowlers have made it tough for them as well. In the first few games, the team, batting second has reaped benefits and so, chasing should be the way forward.

Nazmul Hossain Shanto, being the skipper, has led Rajshahi from the front. He has been reliable at the top of the batting order He is currently second in the list of leading run-scorers with 72 runs at an average of 36 and strike-rate of 144. That he scored 55 in the previous match should give him a lot of confidence after he failed in the first game. Rajshahi will be looking up to their captain.

Tamim Iqbal scored 15 runs in Barishal’s first game, but he couldn’t carry on. The southpaw tried to go over cover, only to hole out to Imrul Kayes. He smashed three fours and looked good during his brief stay. He also looked fluent while he played for the Lahore Qalandars in the 2020 PSL playoffs. He has been one of Bangladesh’s prolific scorers and he is expected to find his rhythm at the earliest. 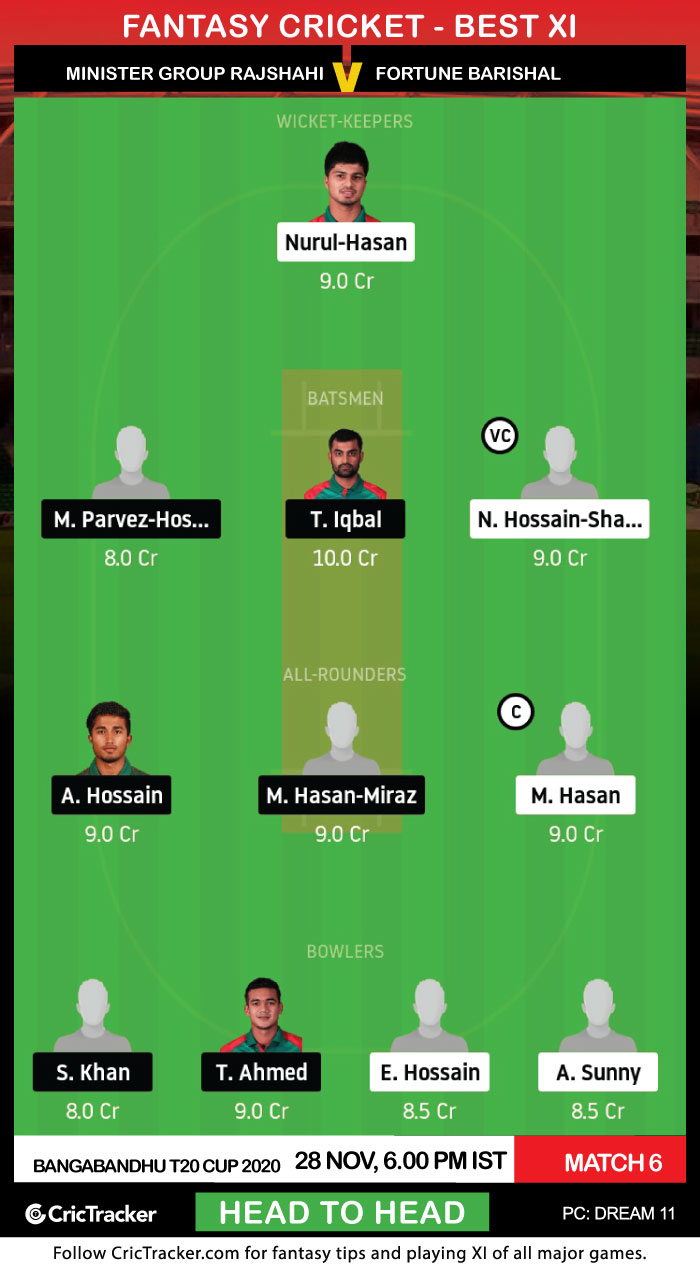 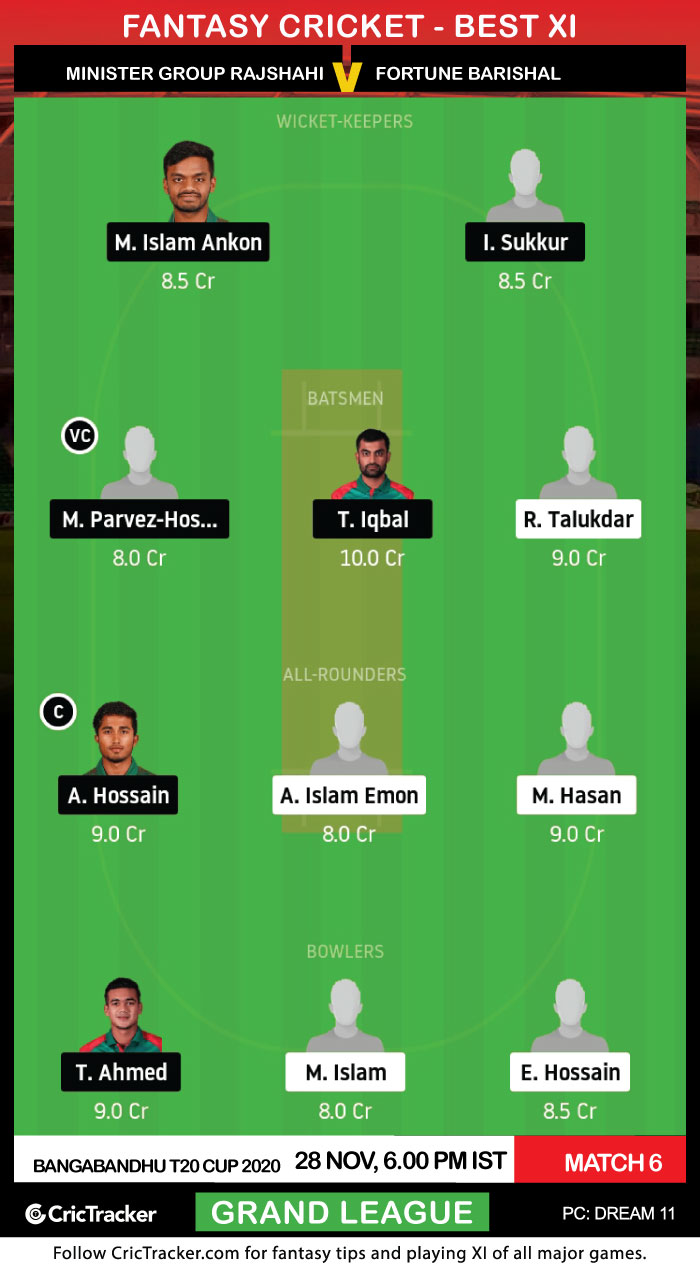 Afif Hossain Dhrubo and Mehidy Hasan Miraz have performed decently in the BPL over the years. Hence, you may take the risk of making them multipliers, though they are a bit out of sorts for now.

The team, batting second should come out trumps.