Colin Munro can be a good pick for this match. 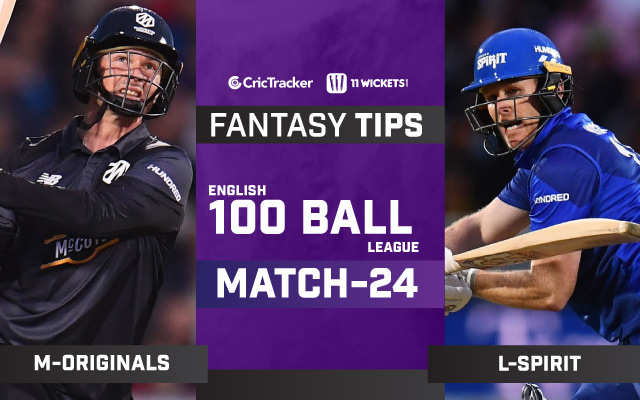 The Manchester Originals and London Spirit will lock horns against each other for Match 24 of the Men’s English Hundred Balls League. The former are placed in the fourth position of the points table with two victories from five matches. Their two matches had got abandoned.

The surface is expected to provide good assistance to both departments. The pacers will get in the game in the initial overs. The spinners will thus chime in as important as the game progresses to the middle overs.

Matt Parkinson has picked up five wickets in the tournament so far. He will be keen to perform for his side heading into this encounter.

Colin Munro has scored 107 runs in the tournament so far. Though the last match did not yield any result, he scored 41 runs. He can be a good pick for the match.

Eoin Morgan scored 27 runs in the last match. His contributions will be very important for the side. He would thus be keen to perform well for the side. 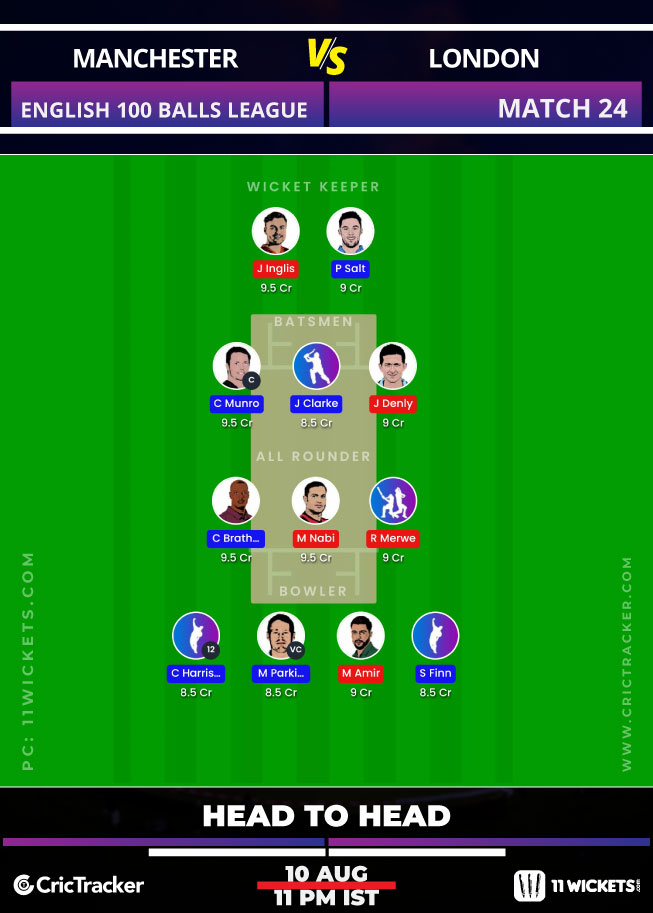 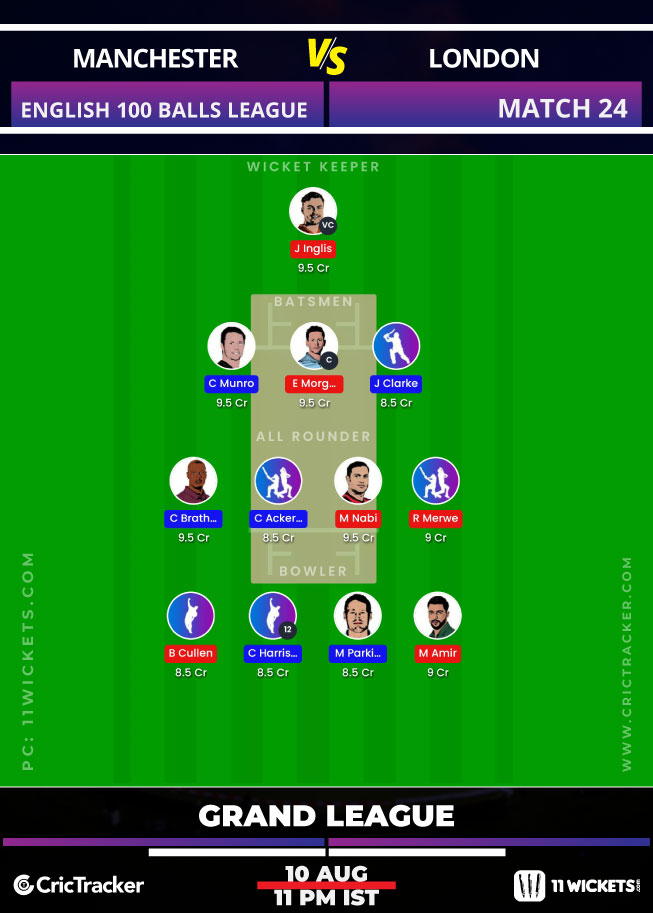