Paul Stirling has been roped in as a replacement for the injured Devon Conway at Southern Brave. 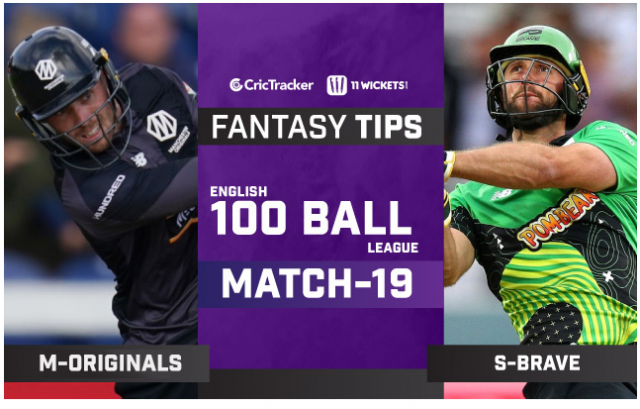 Manchester Originals will battle it out against Southern Brave in the Match 19 of the Men’s English Hundred Balls League. The former are currently placed in the second position of the points table having won two of the four matches they have played.

On the other hand, Southern Brave find themselves in the seventh position of the points table, with two wins from four matches. Both the teams have won their last games and it would thus be a good contest to look out for. Devon Conway has been injured and has been ruled out of the tournament owing to an injury, and Ireland’s Paul Stirling is been roped in as his replacement.

Both the batters and bowlers will get a decent amount of help from the pitch. Spinners are expected to get an edge as the game progresses to the middle overs.

James Vince scored an impressive 60 against the Birmingham Phoenix. In the tournament so far, he has chipped in 106 runs. Heading into this match, he will be keen to perform well and would be a good pick.

Phil Salt’s contributions will be important for the Southern Brave. He scored an unbeaten 22 against Birmingham Phoenix and smashed 30 runs in the last match. Good starts from him will be pivotal for the team and thus he will be a good pick for the match.

Matt Parkinson has scalped 5 wickets in the tournament so far. Heading into this match, he will be determined to do well. 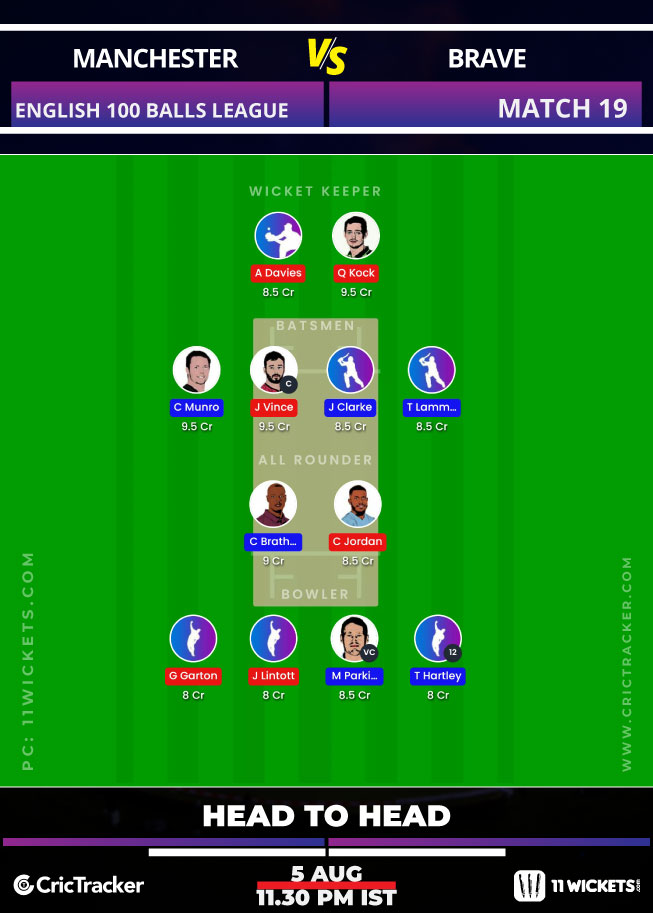 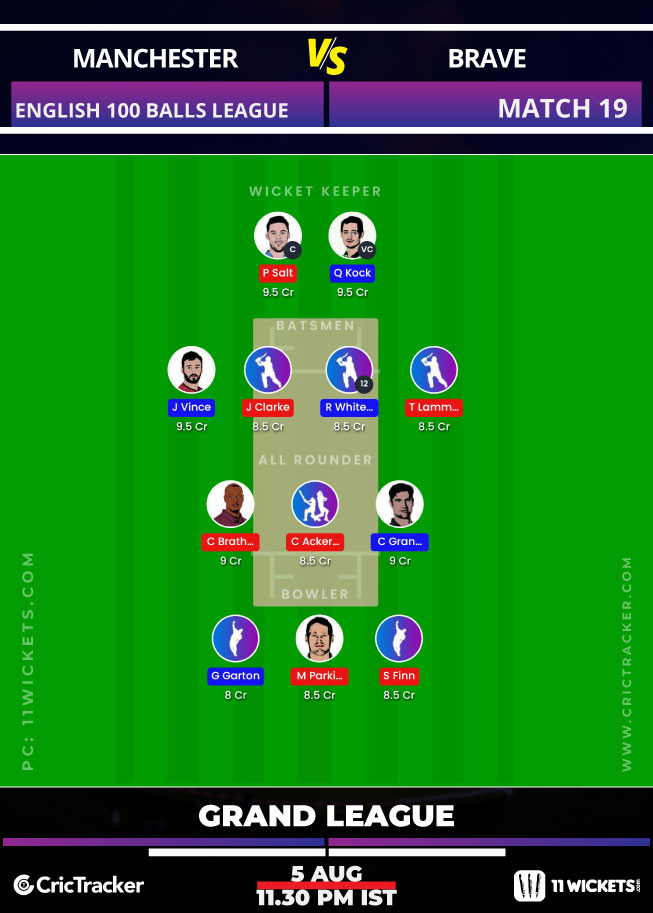