Amanda Jade Wellington can be a good player to bank on for this game. 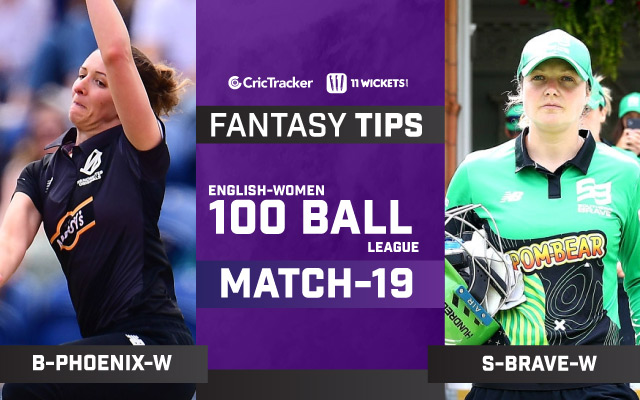 Manchester Original Women and Southern Brave will lock horns against each other in match 19 of the Women’s English 100 Balls League. The former haven’t got off to a good start in the tournament. They have not won a single match and will be finding ways to get some momentum. Manchester Original are currently in the eighth position of the points table.

Southern Brave, on the other hand, have secured victory in all the four matches that they have played and are placed at the top of the points table. Brave have the winning momentum on their side and they would be keen to take it further.

The surface at Old Trafford has assistance for both the batters and the bowlers. The spinners might chime in the middle overs and prove effective.

Amanda Jade Wellington scalped 4 wickets in the last match. She has picked up 8 wickets in the tournament so far at an economy rate of 4.42. She can be a good player to bank on for this game.

Danielle Wyatt played a knock of 21 runs in the last match and had scored a belligerent unbeaten 69 against Birmingham Phoenix. She has chipped in 109 runs in the tournament so far. 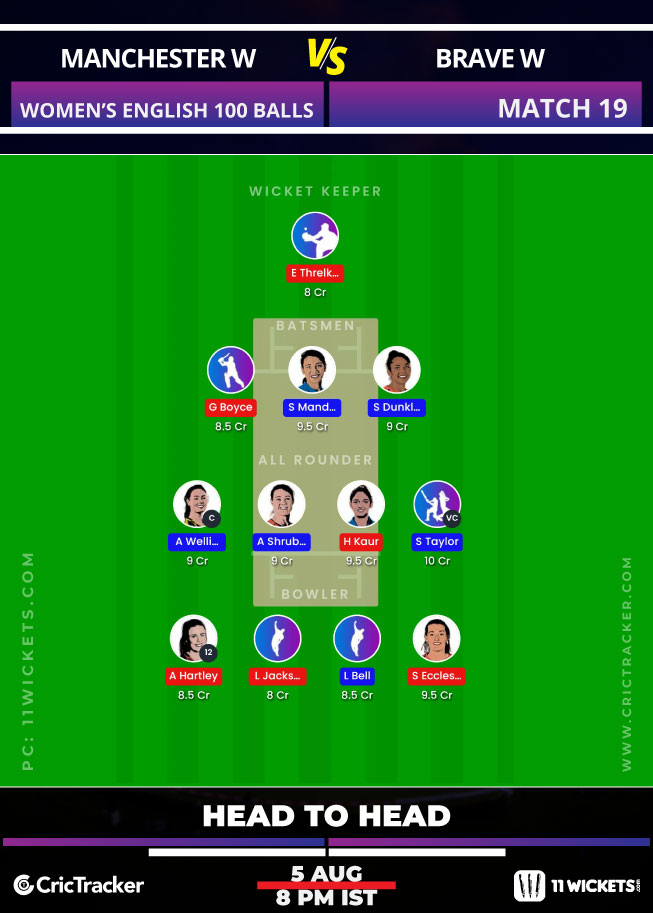 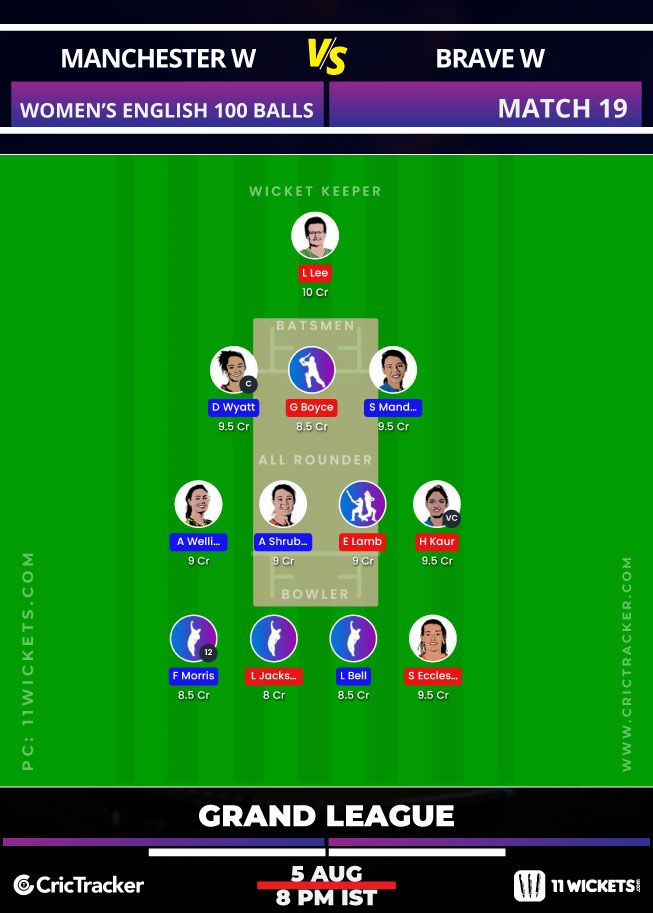