Faf du Plessis is set for his first match of the season.

The 22nd match of the Momentum One-Day Cup 2020 will be played between Titans and Warriors at the Willowmoore Park in Benoni.

Benoni is set to host a mid-table battle between the Titans and Warriors on Friday afternoon. The Warriors are now placed 3rd in the points table having won only two of the seven matches. Titans are behind the Warriors at No.4 as they also won two matches but played one game less. Both Titans are Warriors lost their respective last two matches. This match will be crucial in deciding who could be seen finishing in the top four. With as many as four teams tied on two wins, both the teams will be looking earn an edge before the last set of matches.

The Willowmoore Park is expected to have pleasant weather on Friday and no interruptions from rain are expected.

The Willowmoore Park in Benoni hosted three unaffected matches across the last two editions of the Momentum One-Day Cup. Two of those three matches witnessed totals over 300. Hence, we can expect the venue to be a high-scoring one. Titans and Warriors bat deep in usual and hence, we are likely to see a 300+ total once again.

Stefan Tait has been among wickets ever since his appearance in the warm-up matches against England XI. He took nine wickets in the ongoing MODC tournament across 5 matches with a best of 3/27. The Titans skipper Grant Thomson scored 149 runs across 5 matches in the tournament and also claimed two wickets across three innings he bowled thus far. Aiden Markram played only two matches in the tournament but has already scored a hundred. He scored 139 runs across two games where he also claimed 5 wickets including a 3-wicket haul. Dean Elgar has scored 237 runs across six innings in this tournament at an average of 59.25 with help of a hundred and a fifty. 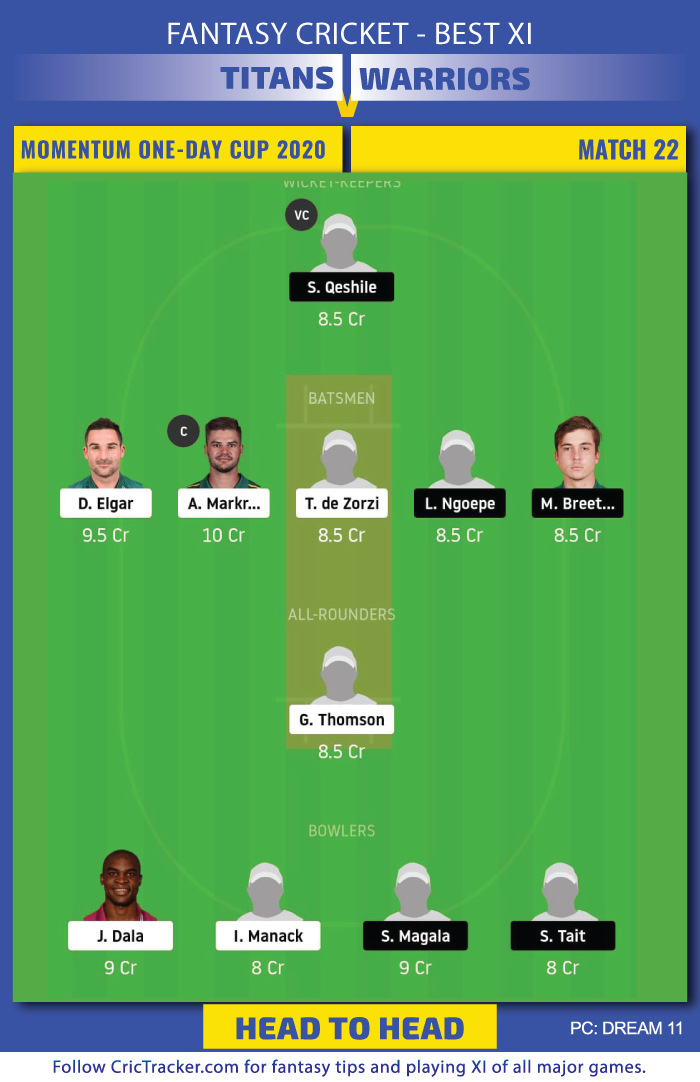 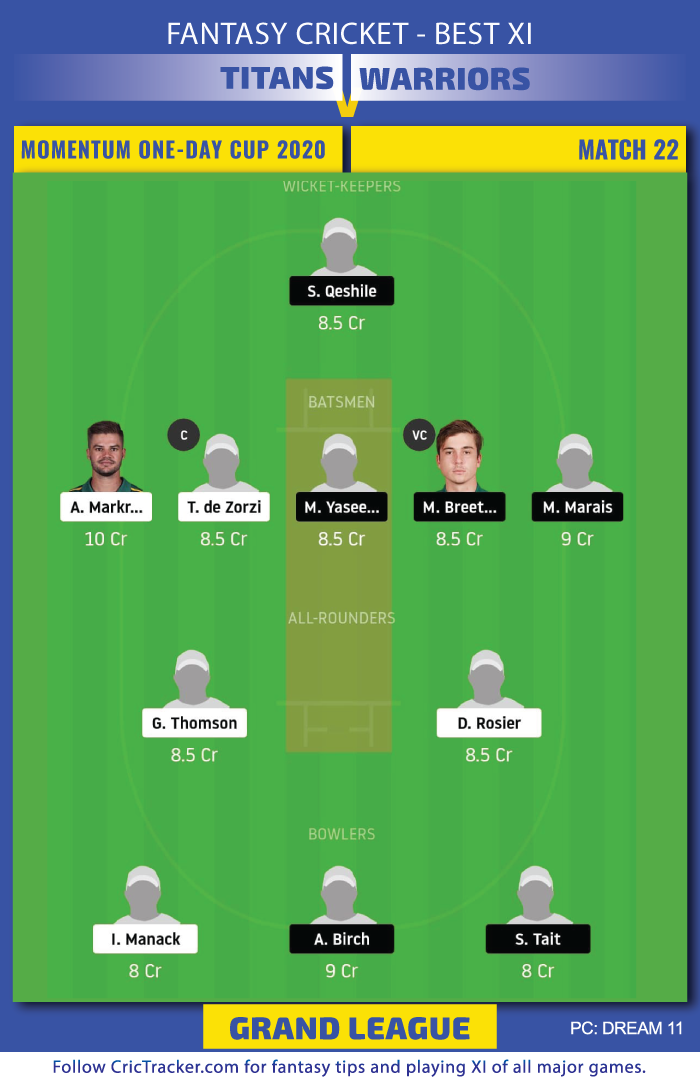 Faf du Plessis is named in the Titans squad and is likely to feature in the game on Friday against Warriors. However, as of writing, Faf is not included in Dream11 list. Hence, if he added before the match, he can be picked. He will be eager to get in to form before the Indian tour.

Titans are expected to register their 3rd win of the tournament.