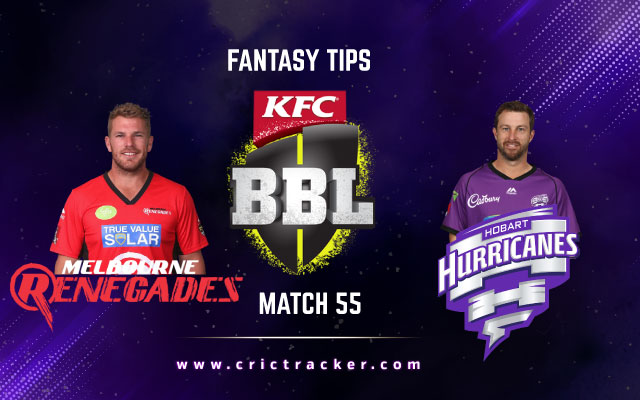 The 55th match of the Big Bash League (BBL) 2020-21 will be played between Melbourne Renegades and Hobart Hurricanes at the Melbourne Cricket Ground, Melbourne.

From the six teams who will be in action tomorrow, three teams are yet to find out whether they will feature in the playoffs or will pack their bags. From those three teams, Hobart Hurricanes are the only team to have things under their control, while the rest will hope for their defeat against Melbourne Renegades.

Hurricanes are currently placed in the playoffs zone, but a defeat tomorrow can change things for the worse. As for their opponents Melbourne Renegades, they will try to forget this season as early as possible. They have been poor all throughout, but a win in their last game can be a sweet ending to an otherwise bitter season.

Unfortunately, rain might play spoilsport this match. The temperature will be around 19 °C during the start of the match.

The pitch here at Melbourne favours the batsmen, especially in the first innings. Hence, batting first should be the preferred option here.

Kane Richardson is nursing an injury and his BBL 2020/21 campaign has come to a conclusion already.

Matthew Wade showed what Australia missed in the Test series by performing well in the violet kit. He has scored 92 runs in just 2 games.

D’Arcy Short has not only been impressive with the bat, but he has been successful with the ball in hand as well. The Hurricanes played has amassed 316 runs and has scalped 7 wickets.

Nathan Ellis has been fantastic with the ball for the Hurricanes. He has scalped 20 wickets and has an economy rate of just over 8 runs per over.

For the Renegades, cunning spinner Peter Hatzoglou has been the best performer with the ball. He has scalped 16 wickets and has an economy rate of well under 9 runs per over. 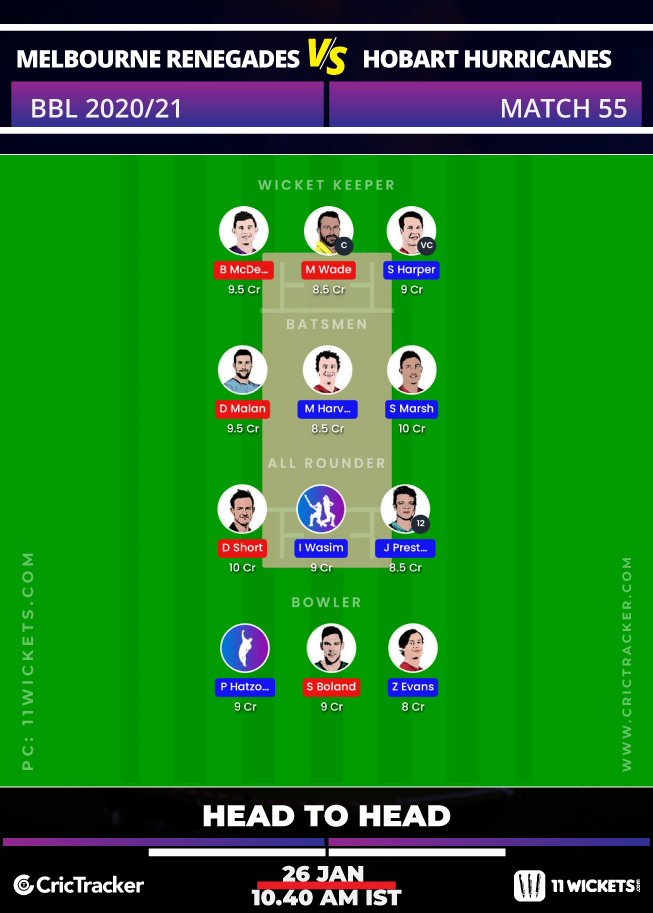 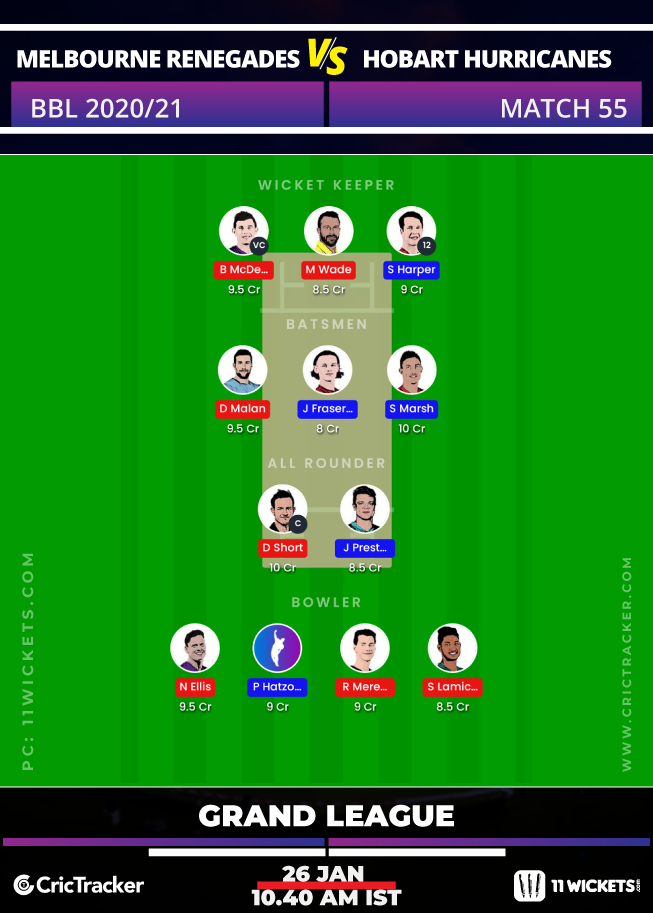 Given his form, Scott Boland can be a terrific budget pick. He has scalped 16 wickets and has an economy rate of slightly over 8 runs per over.

Hobart Hurricanes are expected to win this match.