Melbourne Renegades are expected to win the match. 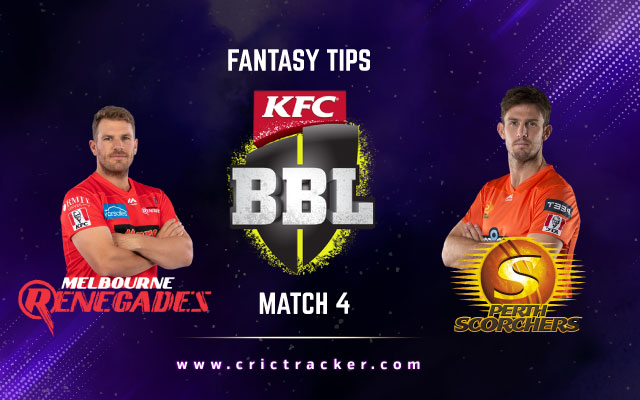 The 4th Match of the Big Bash League (BBL) 2020-21 season will be played between Melbourne Renegades and Perth Scorchers at the Bellerive Oval in Hobart.

This match will start at 1:45 PM IST (7:15 PM local). It will be live on Sony Ten Network and can be streamed live on Sony LIV.

Match 4 of the BBL 2020-21 will see the Melbourne Renegades and Perth Scorchers getting their campaign underway. Australia skipper Aaron Finch will lead the Renegades while Mitchell Marsh, fit again, will don the captaincy hat for the Scorchers. With both the sides looking for a win to start their respective seasons, it will be an extremely close game in Hobart.

The skies will be clear for this match with no chance of rain during the action in the middle.

The Hurricanes defend 178 runs in the first game of the season at this venue. Once again, a similar sort of surface will be on offer and expect the team winning the bat flip to opt to bat first.

178 (Only match played this season so far)

Both the teams have announced their respective squads ahead of this match.

Aaron Finch was in great form in the ODI series against India and he will be key again for Renegades. Shaun Marsh scored 449 runs in the last BBL season and he will once again be looking to score a lot of runs. Jhye Richardson picked 15 wickets in the previous season playing for the Scorchers. Mitchell Marsh was in brilliant form for the Scorchers smashing 382 runs in 14 innings. 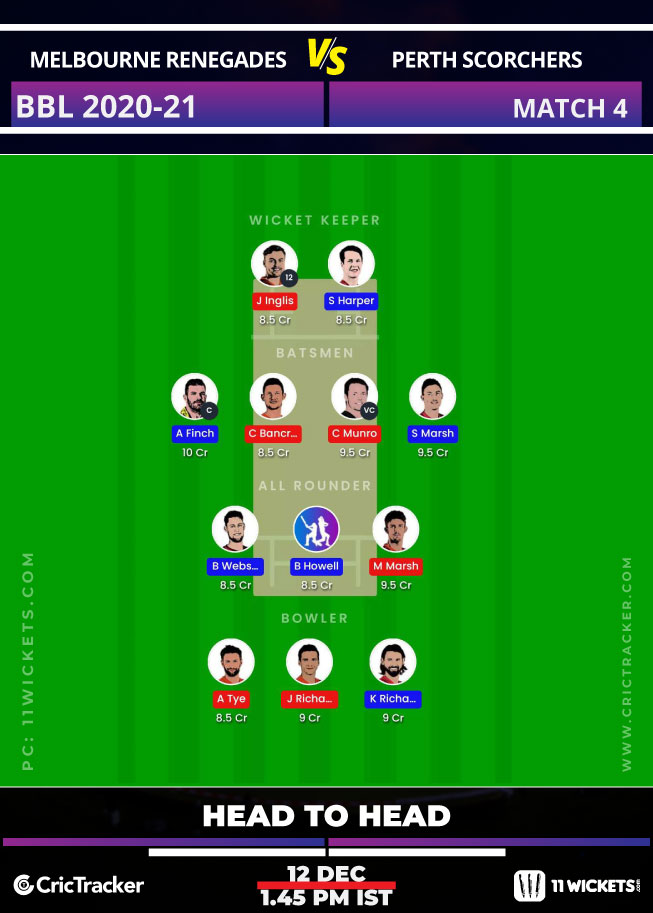 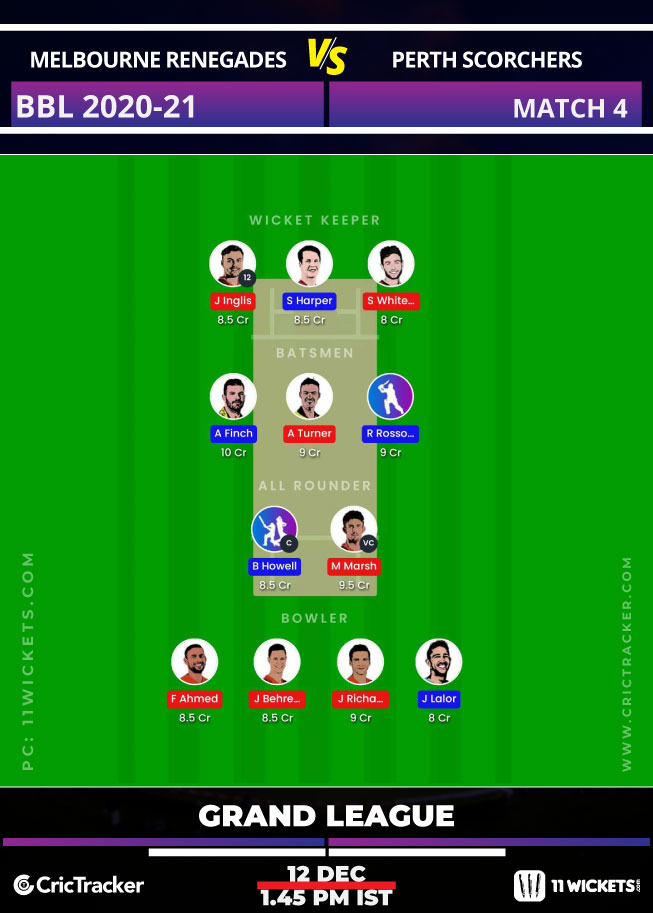 Mitchell Marsh is unlikely to bowl due to injury and this might reduce the chances of him giving more Fantasy points. You can remove him from your Fantasy teams in that case.

Melbourne Renegades are expected to win the match.