Shaun Marsh's inclusion has been a major boost for the Melbourne Renegades. 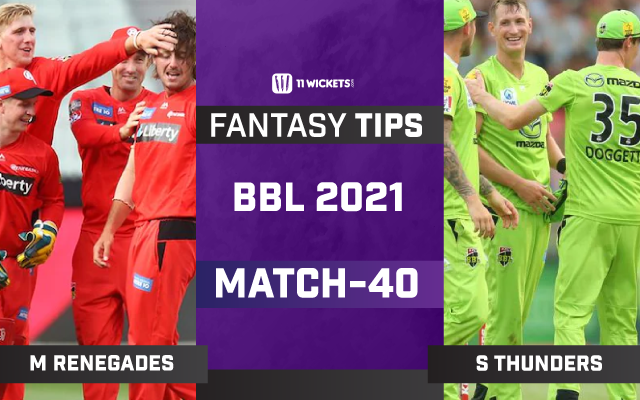 Like them, their next opponents Sydney Thunder are also in a terrific run of form. They have won all of their last matches and will now be eyeing their fifth straight win, which can help the men in green climb up the points table.

The track here at the Docklands Stadium will be slightly inclined in the batters’ favour, as anything under 165 should be chased down easily.

Shaun Marsh’s inclusion has been a major boost for the Melbourne Renegades. He has scored 70+ runs in only two innings.

Jason Sangha has been in terrific touch with the bat for the Thunder. He has scored nearly 275 runs in his six innings.

Nic Maddinson has the ability to contribute with both bat and ball. The Renegades all-rounder has scored 10+ runs and has picked up 5 wickets. 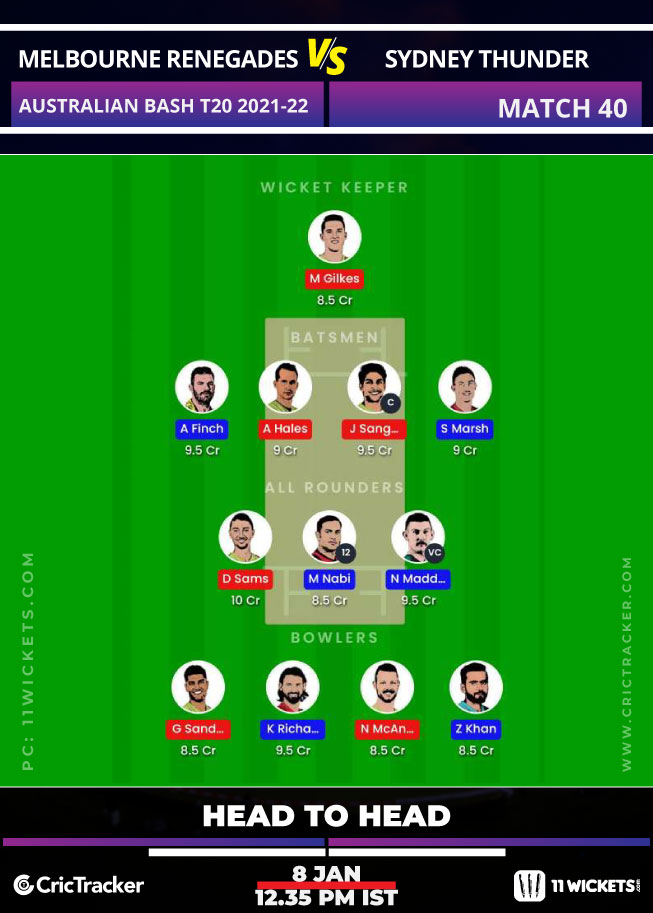 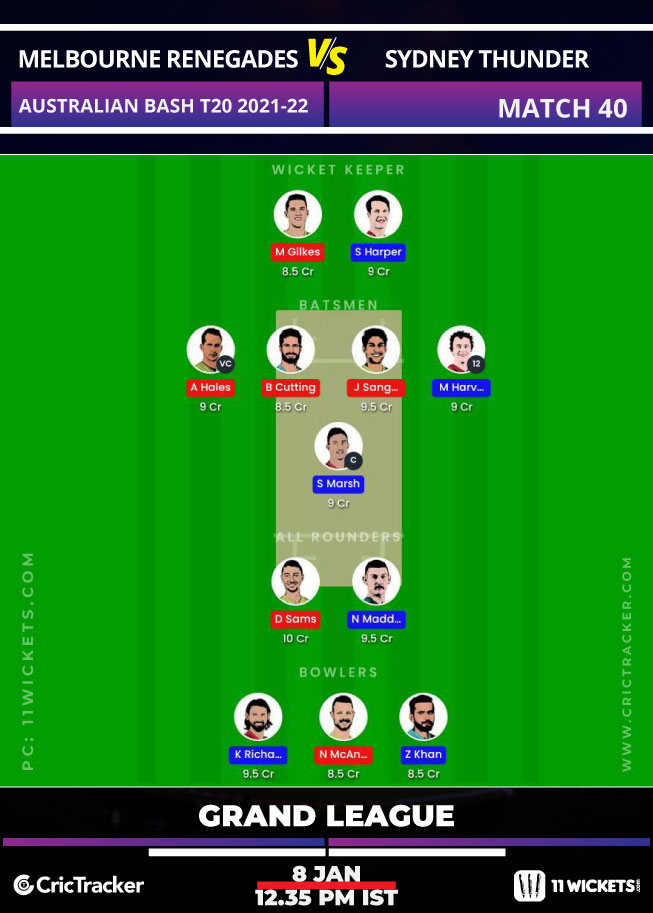