Moises Henriques is a good captaincy pick for this match.

Melbourne Renegades will battle it out with the Sydney Sixers in the 45th Match of the Australian T20 Bash. The Sixers are positioned at the 3rd spot in the points table and have won 6 out of their 10 matches.

The Renegades are occupying the 6th position, and have tasted victory in only 3 out of their 10 encounters. Both these sides lost their respective previous matches.

This pitch will be a balanced one. Both batters and bowlers will be rewarded on this surface. However, as the match progresses, the batters can cash in if they can get their eye in.

Moises Henriques has been in splendid form in the tournament and has plundered 262 runs at an average of over 40.

Hayden Kerr has prized out 16 batters in the tournament and has taken his wickets at an average of just 11.00.

Mackenzie Harvey has amassed 216 runs in the competition and has scored them at an average of 30.85. 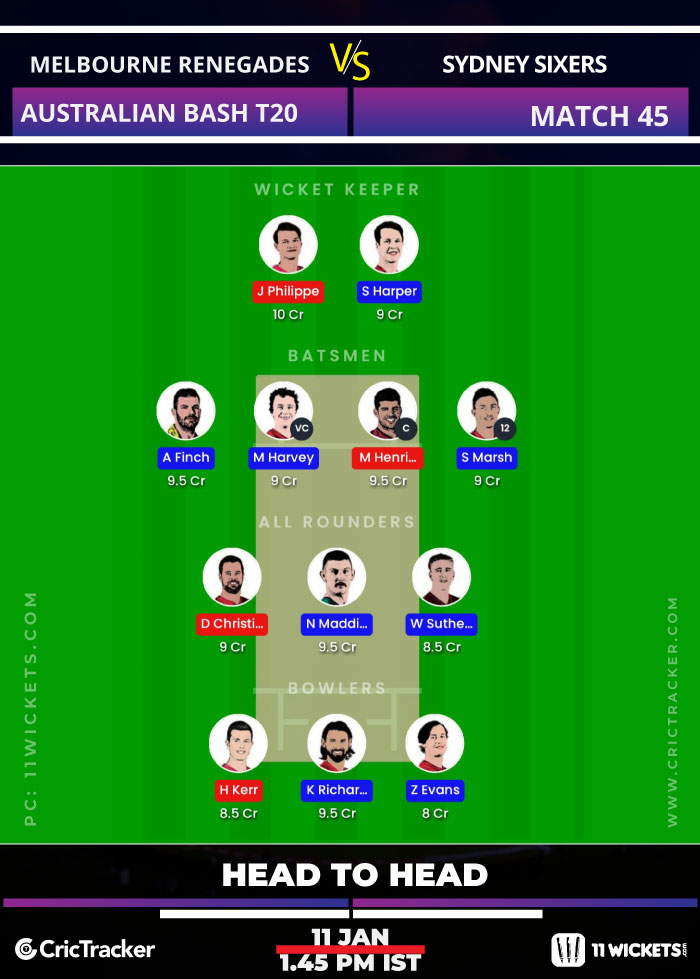 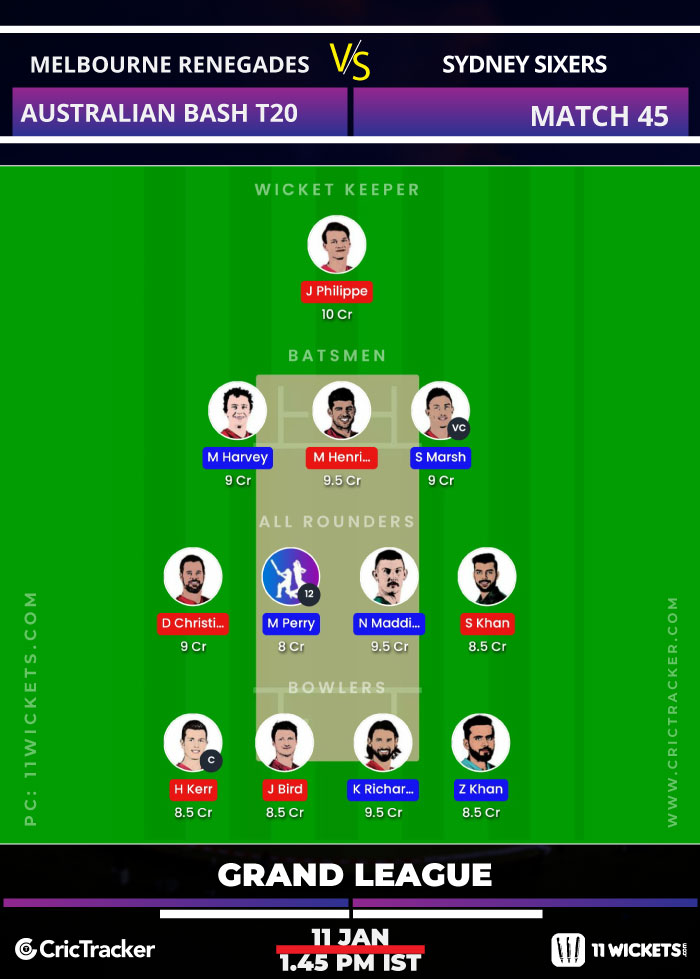