Shervon Joseph has been influential for his team, both as a captain and as a player.

The race for the semi-final places of the 2021 edition of the St Lucia T10 Blast will go right down the wire as in the final league stage game, Mon Repos Stars will take on Babonneau Leatherbacks. The Stars and the Leatherbacks have both won one game.

However, one of Stars’ game was abandoned, which has handed them a crucial advantage coming into this game. While Leatherbacks’ chances of qualification are significantly less, a win by a miraculous margin can get the job done for them

The surface and the format are both suiting the batsmen. Bowlers will have to absolutely precise in their line and length if they want to contain runs.

Sadrack Descartes has been impressive with the bat for the Stars. He has scored 60+ runs, and if that’s not impressive alone, he also has picked up 3 wickets.

Caleb Thomas is another player who can earn you points with both bat and ball. He has scored 80+ runs and has picked up 2 wickets.

Shervon Joseph has been influential for his team, both as a captain and as a player. He has scored 50+ runs and has picked up 4 wickets as well. 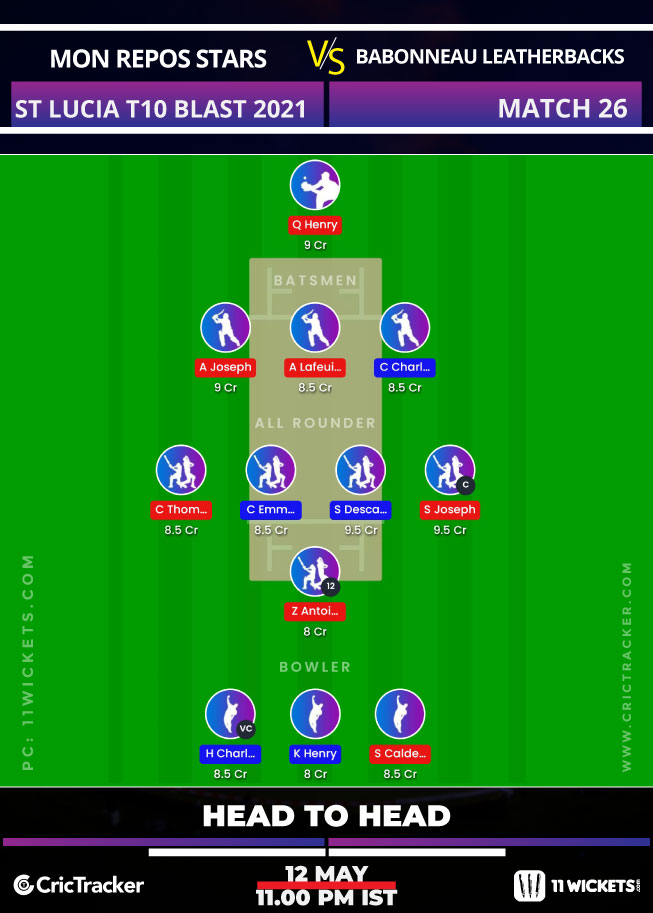 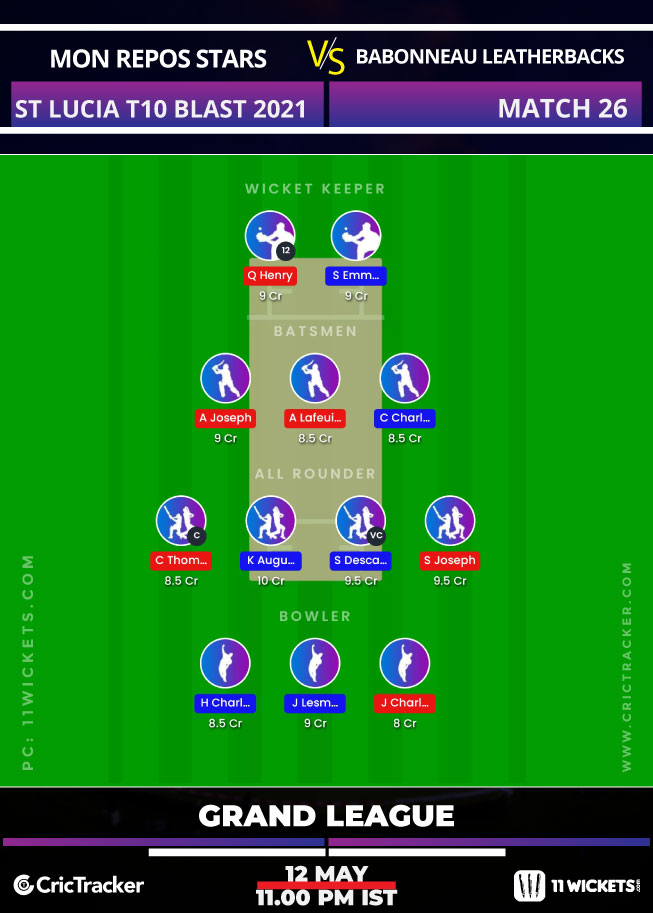