Johnson Charles should walk into any fantasy team.

The 3rd place playoff match of the St Lucia T10 Blast 2021 will be played between Mon Repos Stars and South Castries Lions at the Daren Sammy National Cricket Stadium, Gros Islet, on 14th May.

The match will start at 9:00 PM IST and it will be streamed live on Fan Code.

After facing disappointment in their respective semi-finals, Mon Repos Stars and South Castries Lions will now face each other in an attempt to finish as the third-placed team in this tournament. Mon Repos Stars lost their semi-final to the Micoud Eagles, who had been one of the more consistent teams in the competition. Batting first Stars made only 80 runs, which was chased down by the Eagles quite easily.

Having said that, South Castries Lions lost their semi-final against Choiseul Coal Pots, who blew them apart. Batting first, CCP put up a huge score of 114 for 3 from their allotted 10 overs. This score turned out to be too much for the Lions, who folded their innings at 78 for 9, losing the match by a margin of 36 runs.

Captaincy Picks for MRS vs SCL

In the last five matches, Craig Emmanuel has been one of the most consistent players in the tournament. He has been able to score 108 runs in these five innings. He has also picked up two wickets in the last two matches.

The captain of the Lions, Johnson Charles has taken the onus of the batting and delivered consistently. In the last five matches, he has two fifties and an aggregate of 187 runs to his name. He also picked up a wicket in the previous match. 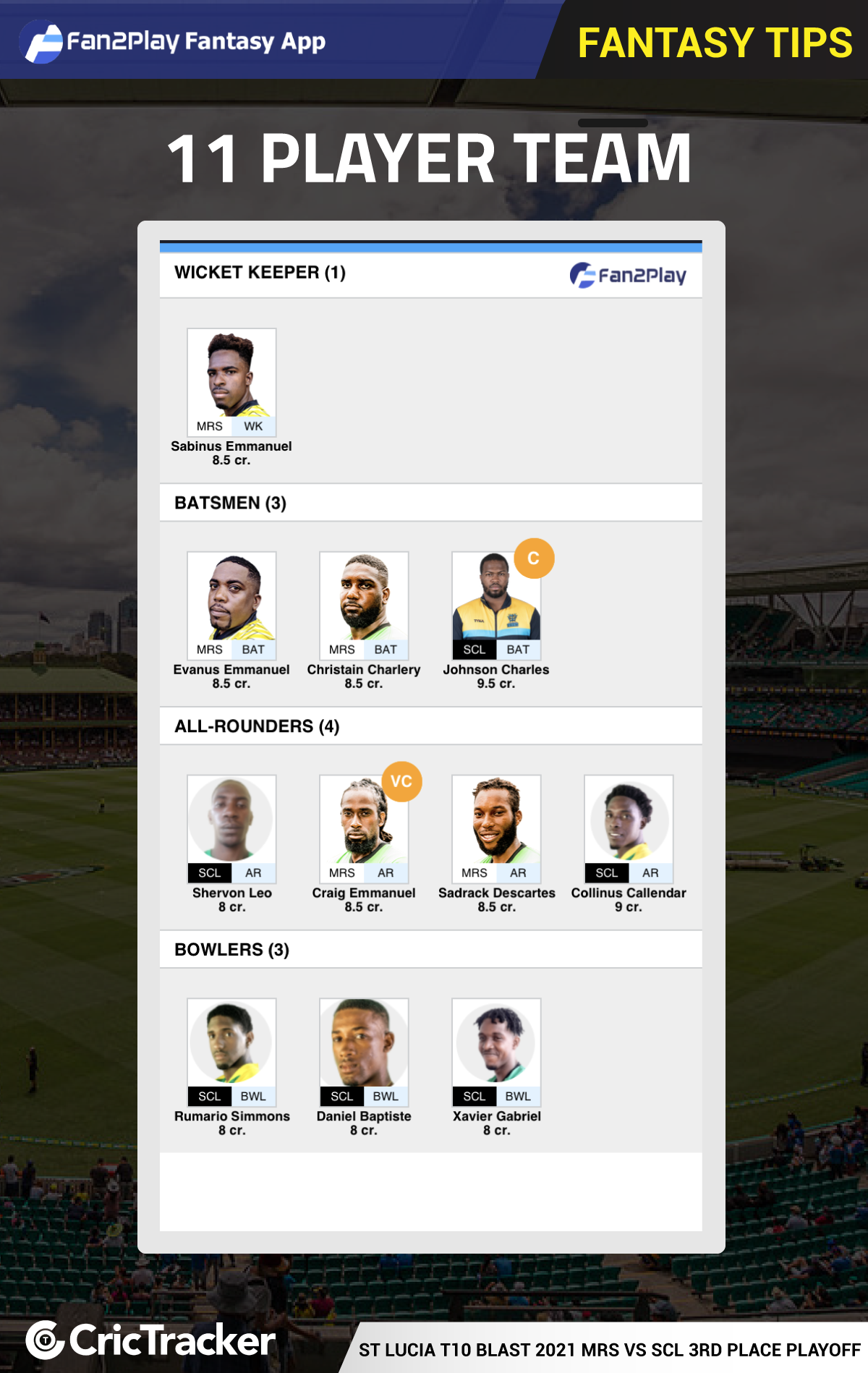