Ellyse Perry has an average of 66.17 against the Stars with 397 runs which is highest by any batter in this fixture. 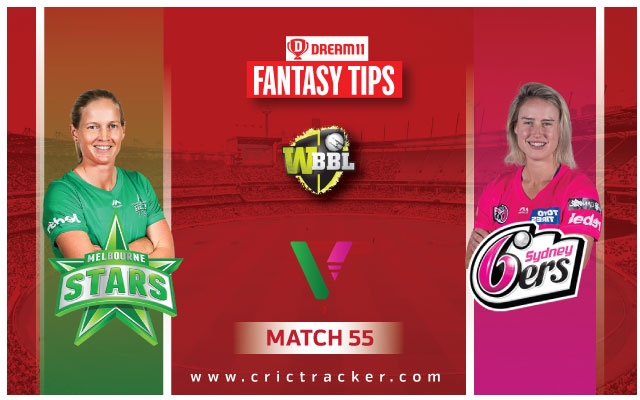 The 55th match of the WBBL 2020 will be played between Melbourne Stars Women and Sydney Sixers Women at the North Sydney Oval, Sydney.

Table-toppers Melbourne Stars Women are taking on Sydney Sixers Women in the final matchday of the league stage. Melbourne Stars are coming off a loss which should not bother them much. They are still looking like a strong team as their batting order stepped up once again after a rare failure of captain Lanning. However, they didn’t bowl according to the situation and made things easier for the Heat batters.

On the other side, Sydney Sixers Women desperately needed a win in their previous match but their bowlers failed to deliver in the most crucial times. Healy scored a brilliant 38-ball 63 including some runs for Ellyse Perry as well. However, their bowling failed to deliver in the most crucial time and lost the match by huge 6 wickets with 5 balls to spare. They are currently at the fifth spot with 12 points and are almost out of the tournament with one game to go.

The weather is expected to be a bit cloudy with some chances of rain in the afternoon. The temperature will be around 24 Degree Celsius.

It has been a while since the last match of WBBL at this venue. Batting second has always been difficult on this pitch. However anything above 130-140 should be a winning total for the team batting first.

Meg Lanning has an average of 85 against Sixers. She is the highest run-scorer with 381 runs at an excellent SR of 128.28.

Ellyse Perry is currently the highest run-scorer for the Sixers Women with 359 runs at an average of 51.28.

Mignon du Preez has a SR of 128.12 with 369 runs in 10 innings. She is the second-highest run-scorer for the Stars Women and coming off a brilliant half-century against the Heat Women. 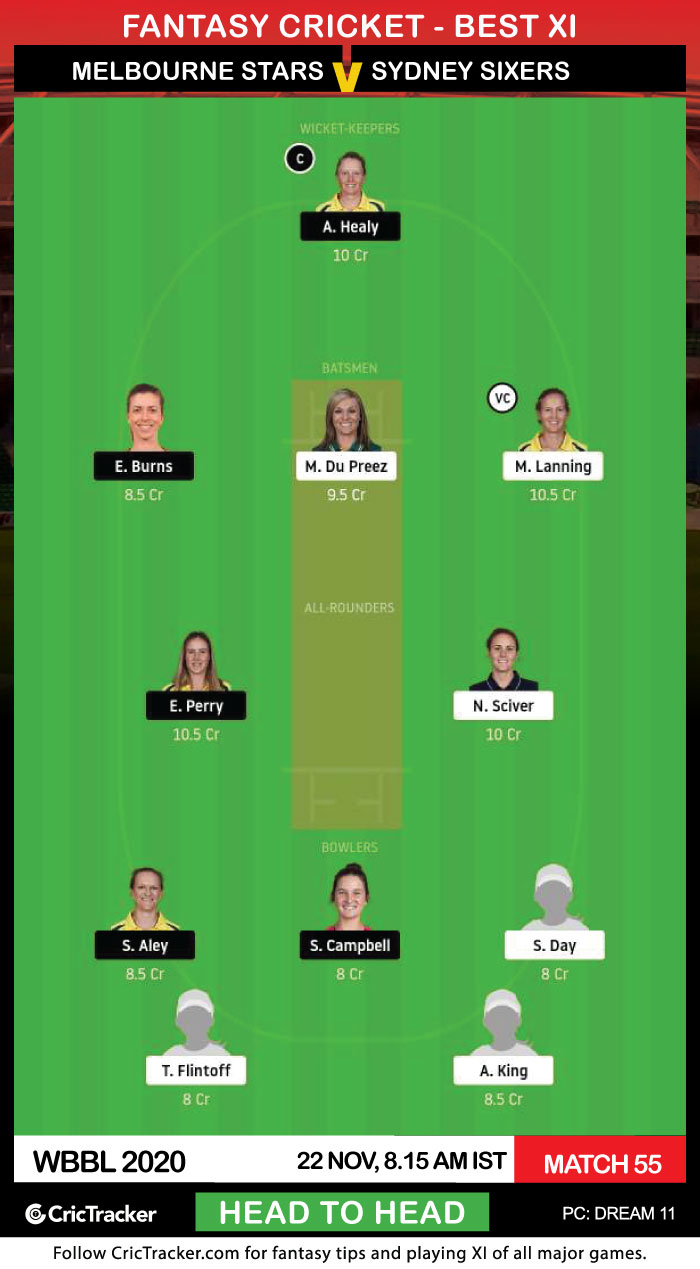 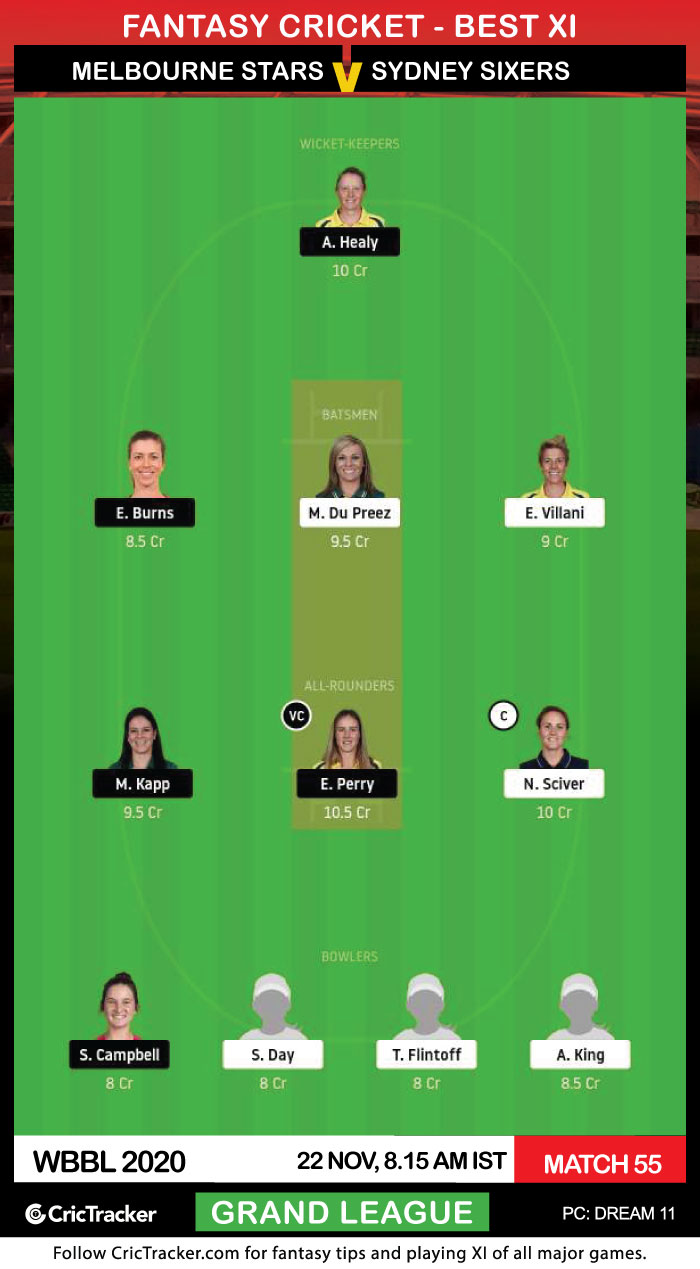 Ellyse Perry has an average of 66.17 against the Stars with 397 runs which is highest by any batter in this fixture.

Marizanne Kapp has 14 wickets against the Stars Women which is highest in this fixture.