Meg Lanning and Natalie Sciver are good options to make C and VC. 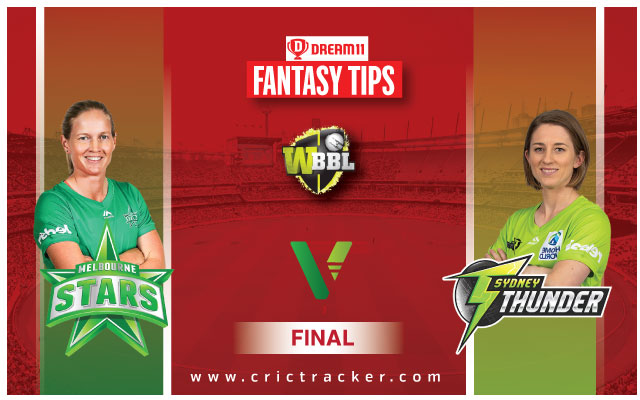 The Final of the WBBL 2020 will be played between Melbourne Stars and Sydney Thunder at the North Sydney Oval, Sydney.

The mega finale of the Women’s Big Bash League (WBBL) is here. Two teams led by Australia’s two of the most experienced and superstar players, Meg Lanning and Rachel Haynes, will look to lift the trophy by giving it their all in the title clash. The Stars defeated the Perth Scorchers pretty comfortably continuing to stamp their authority. They chased a paltry 126 in the 17th over itself even as Alana King was named the Player of the Match.

The Sydney Thunder, on the other hand, pulled off a heist choking the defending champions Brisbane Heat in the last five overs. The Heat lost six wickets for just 12 runs and 19 balls to botch up a well controlled chase and the credit has to be given to the Thunder for keeping their nerves when it mattered. Rachel Haynes was the star with the bat as her 40-odd runs proved to be crucial in the end.

There will be intermittent clouds for the whole day on Saturday. But such has been the weather in Sydney over the last couple of weeks now. However, there is no chance of rain. The temperature will be around the early 30s.

With this being the final, definitely a fresh pitch will be used and we might witness a comparatively high-scoring game. A score around 150 will be good to defend for the side batting first and the team winning the toss will definitely look to put runs on the board.

Natalie Sciver has mustered 241 runs with the bat and has also picked 19 wickets. Moreover, she scored an unbeaten 47 in the chase in the semi-final.

Meg Lanning has amassed 480 runs opening the innings for the Melbourne Stars. She will be key for them in the big final.

Elyse Villani is a dangerous batter and she opens the innings with Lanning. She has played a few brilliant knocks this season and can set the stage on fire when it matters the most.

Heather Knight has been in great touch this season having smashed 420 runs and picked nine wickets.

Sammy-Jo Johnson was key for the Thunder in the semi-final picking two wickets as she took her tally of wickets to 16. 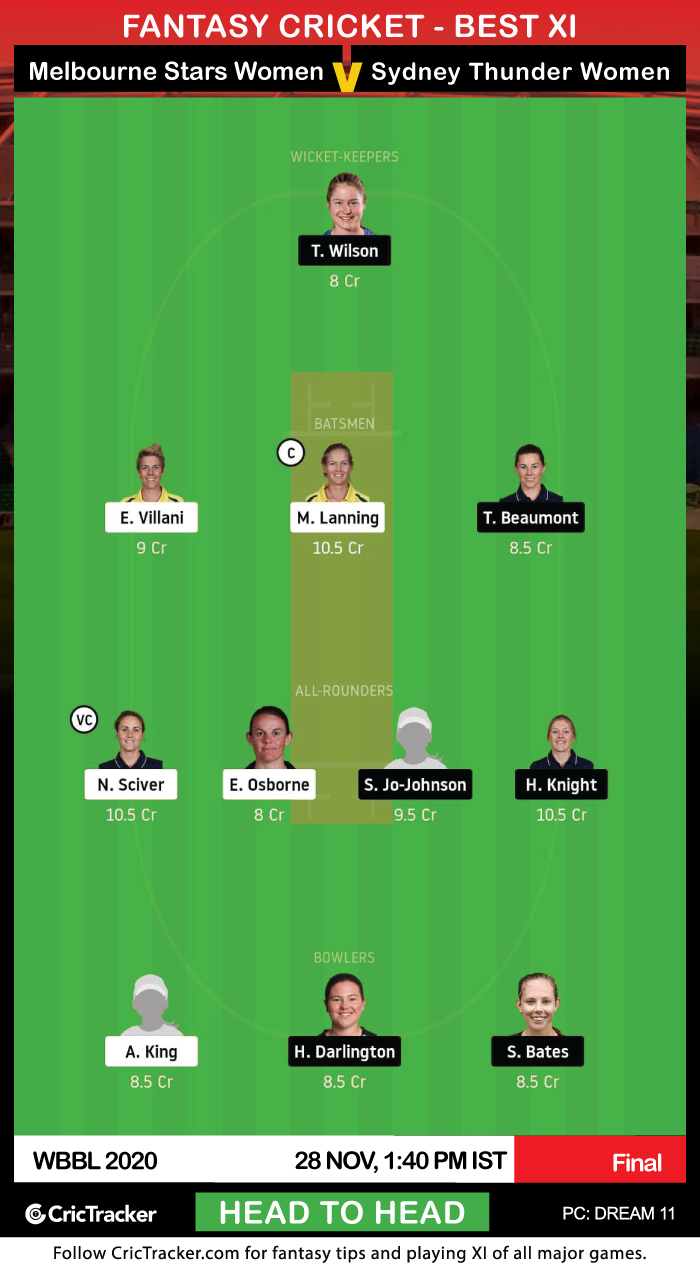 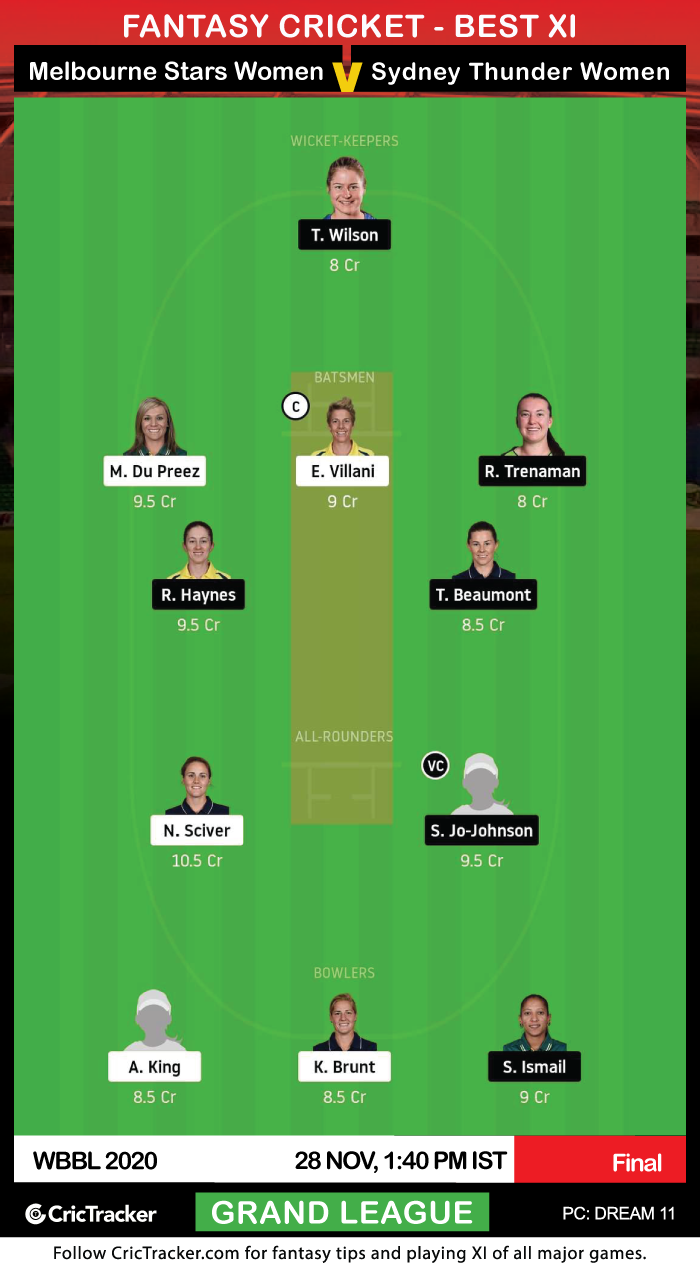 Heather Knight’s all-round capabilities has played a crucial role for Thunder this season. She can be made captain of the Dream11 Fantasy team of your Grand League team.