Qader Khan has managed to score runs and at the same time pick up important wickets for his side in this tournament.

The MSC Frankfurt side will take on the Bayer Uerdingen Wolves unit in the Quarter Final 1 of the ECS T10 Krefeld tournament. The match will be streamed live on FanCode.

As the knockout stages of the European Cricket Series 2021 Krefeld begins, in the first of those games, we will witness MSC Frankfurt and Bayer Uerdingen Wolves lock horns with each other. On the paper, it may seem that MSC Frankfurt is the firm favorite, but the Wolves can surely pack a punch.

MSC Frankfurt has qualified from Group A, where they were in first place in the points table. They have played eight matches, winning seven and losing only one. Bayer Uerdingen Wolves, on the other hand, returned with a fourth-place finish in Group B. They played eight matches, losing five, winning two while the one was drawn.

Captaincy Picks for MSF vs BUW

Qader Khan has managed to score runs and at the same time pick up important wickets for his side in this tournament. He has scored a total of 32 runs in the last three innings. In the last five matches with the ball, he has picked up seven wickets as well.

The MSC Frankfurt all-rounder has been one of the consistent members of this unit and has been effective in these conditions. He has scored 76 runs in the last three batting innings, all of which have come at a good strike rate. In the last five games, he has also managed to pick up four wickets, three of which came in the last match. 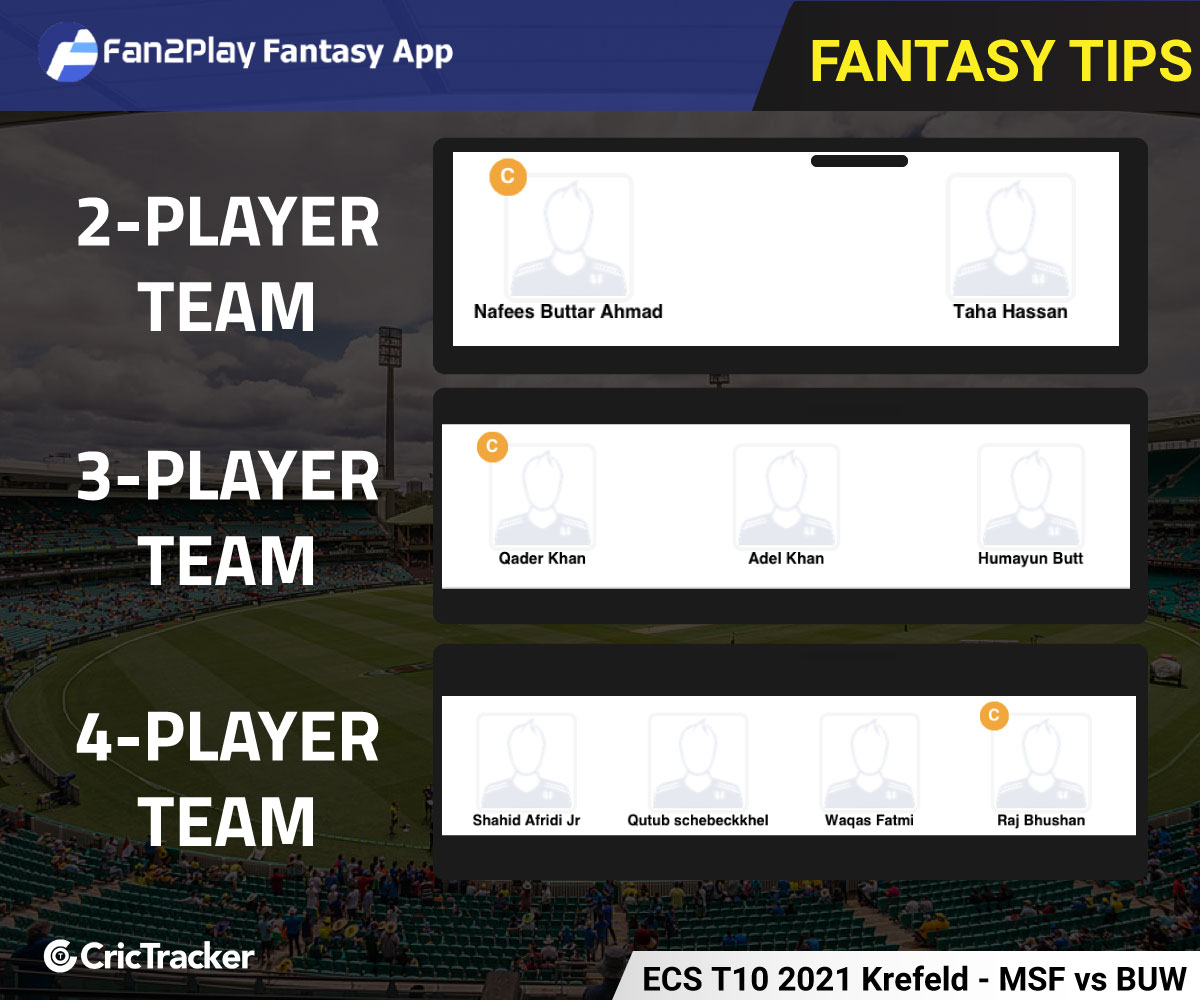 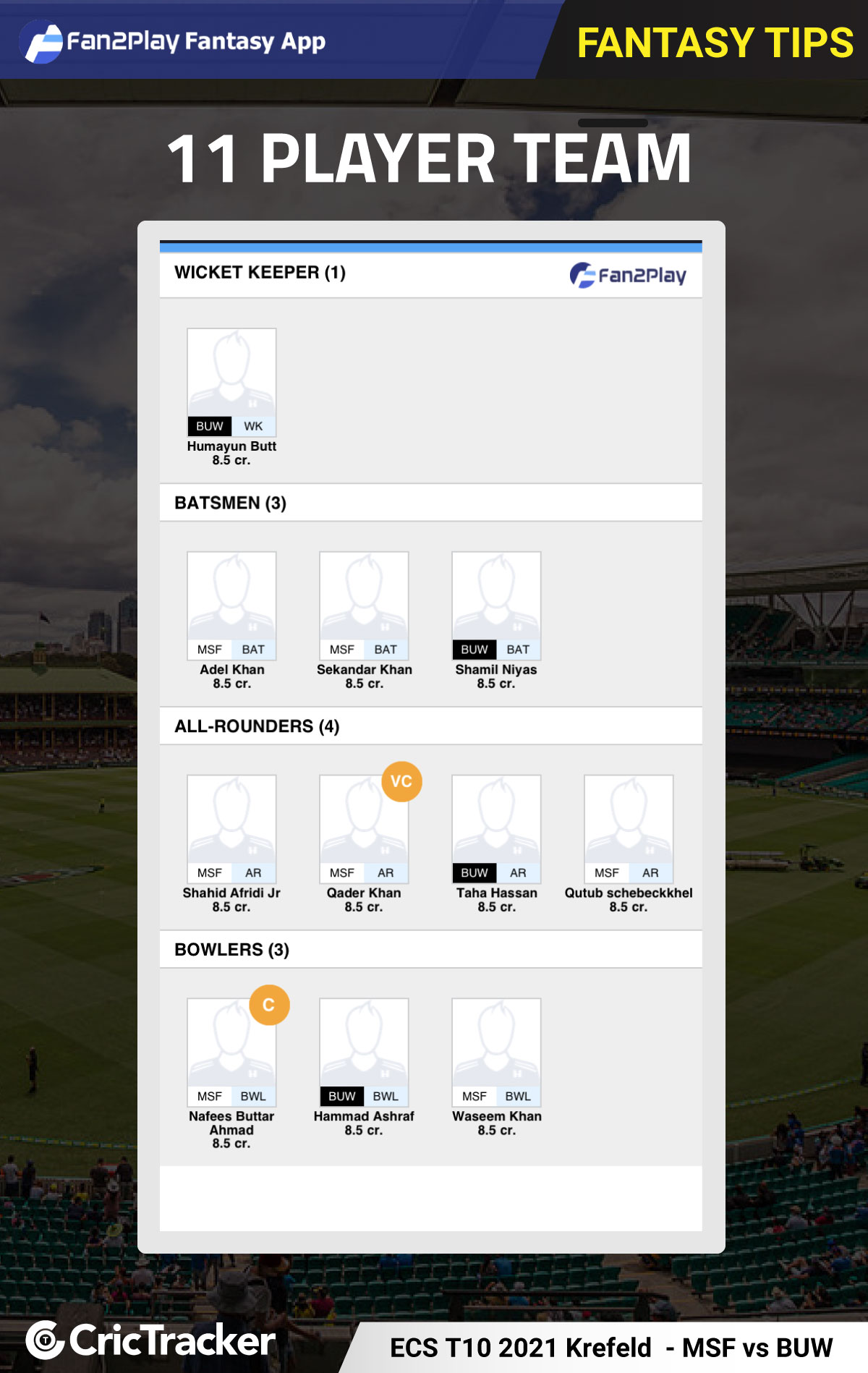