Matthew Short is a good captaincy pick for this match.

Match 43 of the Australian T20 Bash tournament will be played between the Adelaide Strikers and the Melbourne Stars. Both these sides have produced lacklustre performances in the tournament and will be looking for a turnaround.

The pitch is one where the batters will get value for their shots. We can expect a high-scoring rubber between the two sides.

Matthew Short has scored 257 runs in the tournament and has scored his runs at a frightening strike rate of over 160.

Rashid Khan has picked up 13 wickets in the competition and has scalped them at a strike rate of just 16.60.

Joe Clarke has amassed 203 runs in the competition and has scored them at a strike rate of close to 150. 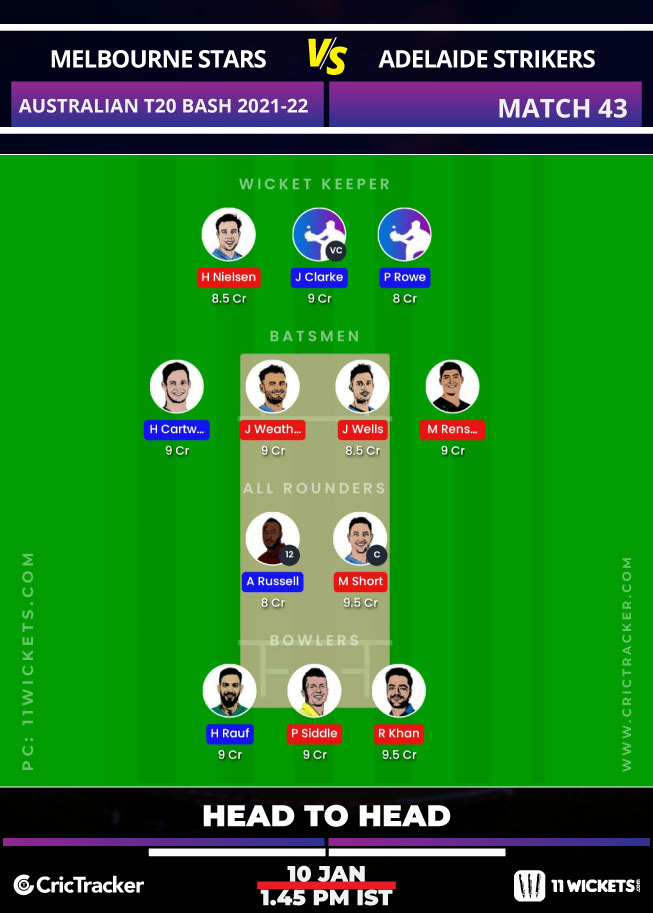 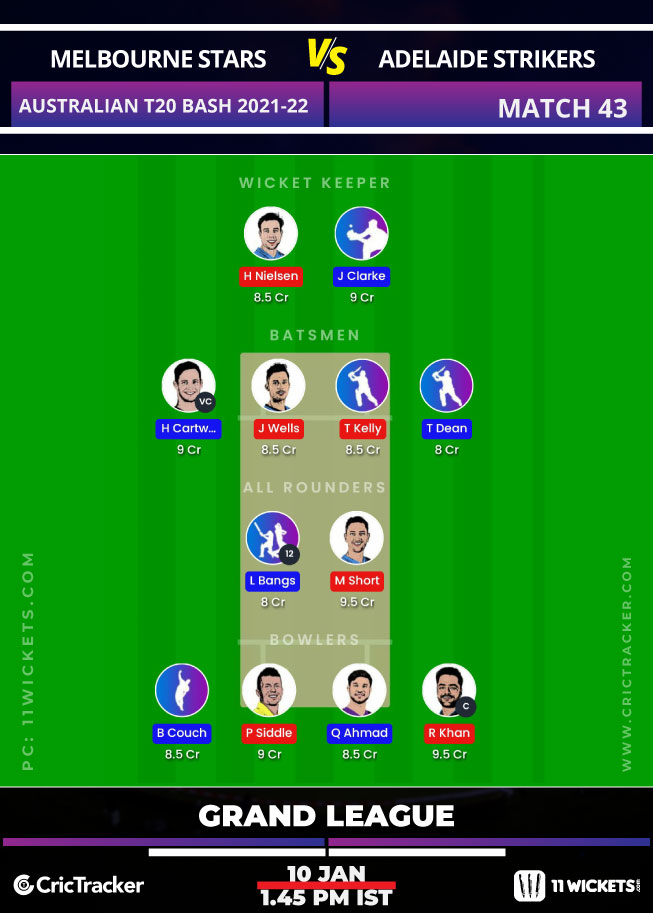