Hilton Cartwright is a good captaincy option for this rubber.

Melbourne Stars and Brisbane Heat will lock horns with each other in the 51st Match of the Australian T20 Bash tournament. The Stars are placed at the 6th spot in the table and have won 5 out of the 12 matches that they have played in the tournament.

On the other hand, the Brisbane outfit is stationed at 7th place, having won just 3 out of their 11 matches. Both these outfits lost their respective previous rubbers and will be desperate for a comeback.

This pitch will aid the bowlers in the initial part of the match. The chasing sides have won 4 out of the 5 matches that have been played at the MCG in this tournament.

Hilton Cartwright is the highest run-getter for the Stars this season and has plundered 344 runs at a tremendous strike rate of over 140. If Cartwright gets going, then the opposition will be in trouble.

James Bazley has scalped 11 wickets in the competition and has scalped them at a strike rate of just 16.90. Bazley will hold the key for his side with the ball in hand.

Sam Heazlett has plundered 246 runs in the tournament and has scored them at an average of close to 25. 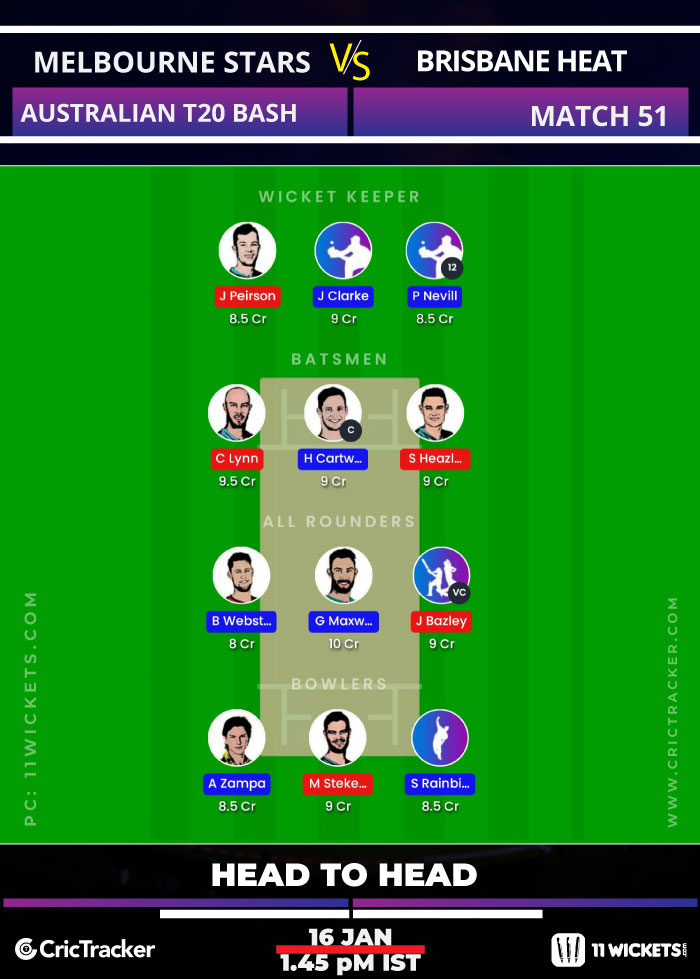 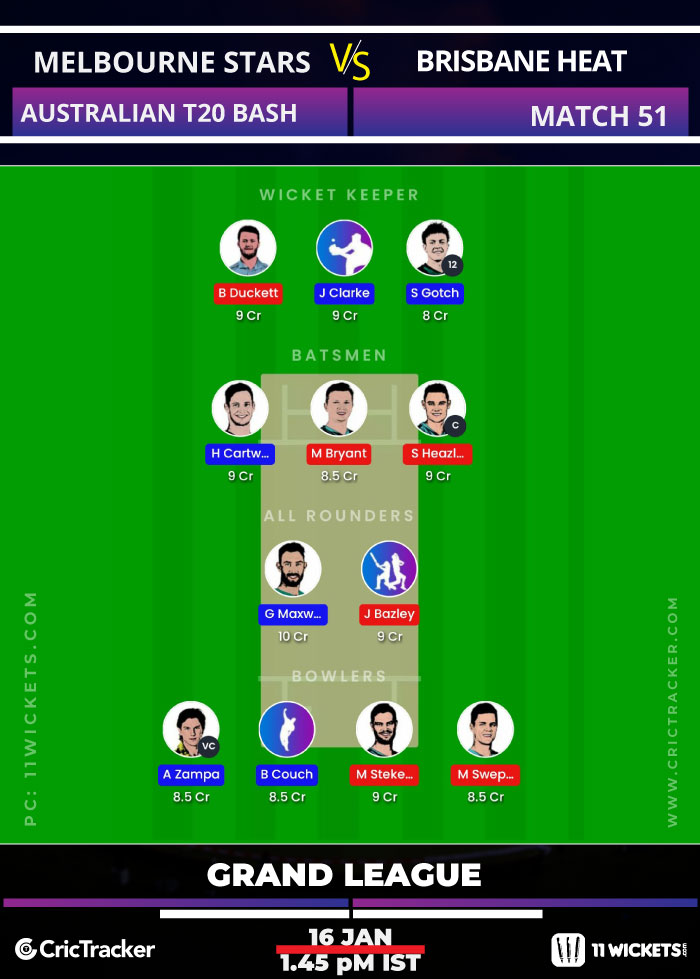