Melbourne Stars are expected to emerge victorious in this game. 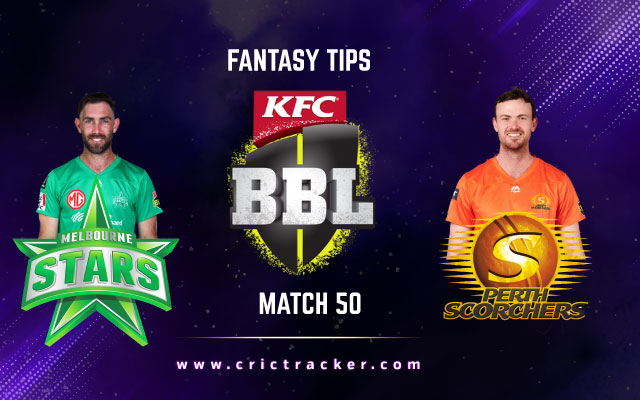 The 50th match of the Big Bash League (BBL) 2020-21 will be played between Perth Scorchers and Melbourne Stars at the Melbourne Cricket Ground in Melbourne.

The match is scheduled to start at 01:45 PM IST (07:15 PM local time). It will be live on Sony Ten Network and can be streamed live on Sony LIV.

Perth Scorchers pulled off a clinical win against Hobart Hurricanes today, which has handed them the ticket to the playoffs. However, as is the case in the Indian Premier League, the top two teams also get more than one go at the playoffs in the BBL.

Hence, the target for Ashton Turner & Co. will now be to seal a top two finish. On the other hand, Melbourne Stars will simply be ecstatic if they manage to make it to the playoffs. They are coming into this game on the back of a defeat, but two consecutive wins from here on should confirm their berth in the next stage.

The weather will be perfectly fine in Melbourne tomorrow, with the temperature being around 26 °C. Rain is not on the cards.

The MCG pitch, as it usually has always been, has played out neutrally and both batsmen and bowlers have enjoyed some purchase. If at anything, batting will be a bit easier in the first innings.

Andre Fletcher is nursing a quadriceps injury and is ruled out for this game.

Liam Livingstone is the ideal pick for captaincy, as he both opens the innings and also rolls his arm over occasionally. He has scored 233 runs, while also picking up 3 wickets.

Marcus Stoinis has scored 370 runs at an impressive strike rate of over 140. He is constantly playing big knocks for the Stars.

Glenn Maxwell has had an all-round influence for the Stars, as he has both scored 313 runs and has scalped 7 wickets.

In just 4 games, Nathan Coulter-Nile has picked up 9 wickets in just 4 games. His economy rate is just over 6 runs per over.

Jason Behrendorff can be a good budget pick, as he has picked up 11 wickets and has an economy rate of under 7 runs per over. 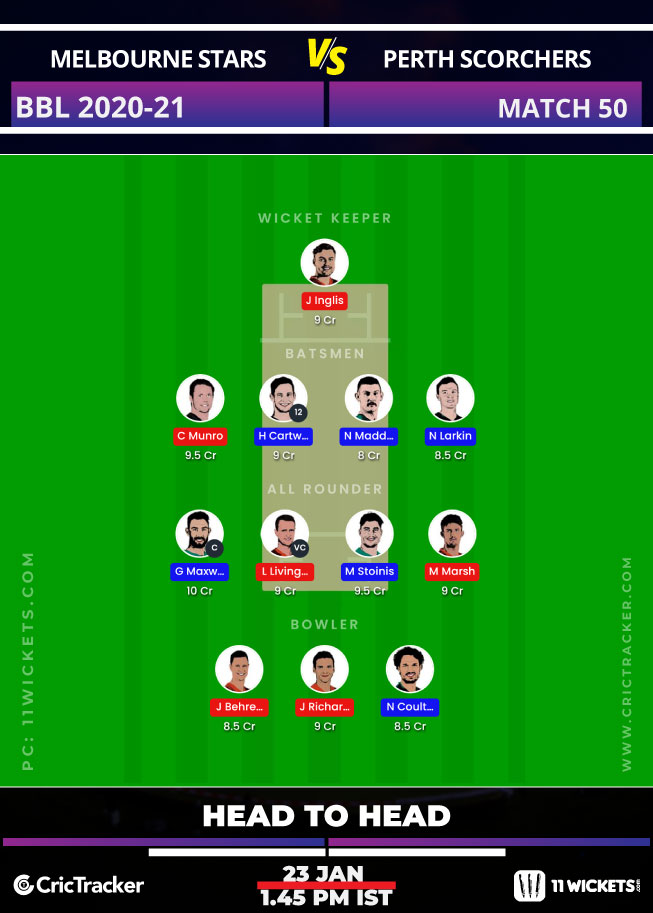 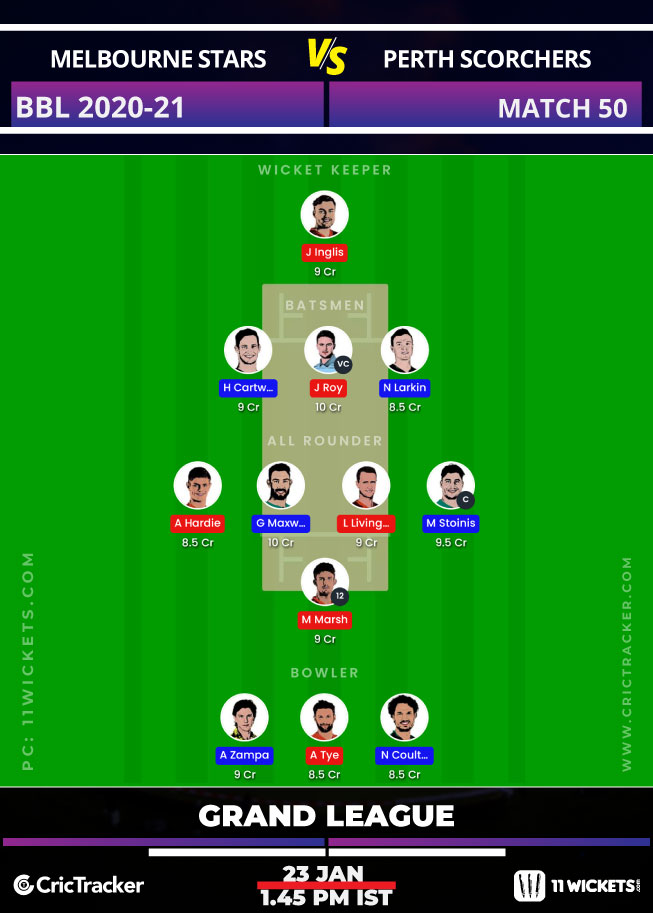 Josh Inglis is having the time of his life in this year’s BBL. He has scored 284 runs at an average of over 30 and a strike rate of nearly 140. He should be included in both of your 11Wickets Fantasy teams.