Melbourne Stars are unlikely to beat Sydney Sixers and claim a playoffs spot. 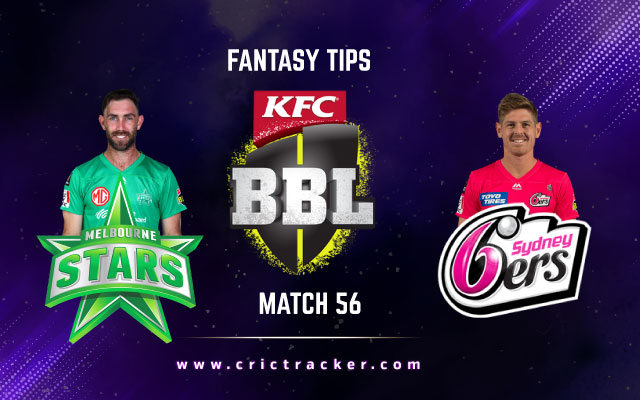 The 56th match of the Big Bash League (BBL) 2020-21 season will be played between Sydney Sixers and Melbourne Stars at the Melbourne Cricket Ground in Melbourne.

This match will start at 02:00 PM IST (7:30 PM local time). It will be live on Sony Sports Network and live streaming is available on Sony LIV.

Melbourne Stars had everything under their control, but two consecutive defeats at a crucial time has pushed them in the back seat. Now they are at the 7th position and a playoffs seat seems unlikely. That being said, it is still not impossible and though it will take a lot of things to go in their favour, they can still feature in the next round.

To do so, Melbourne Stars will need three things. Firstly, they will need to win tomorrow against a very strong Sydney Sixers team. Then, they will have to hope that both Hobart Hurricanes and Brisbane Heat lose their respective games tomorrow.

Right from tonight till until around 12 PM tomorrow, rain is expected in Melbourne. Things will be fine in evening though, as fans will be hoping to witness full 40 overs of action.

The Melbourne Cricket Ground pitch will suit the batsmen. The captain winning the toss should opt to bat first here.

Andre Fletcher’s season has come to an end

Josh Philippe will be looking to find his form back after two underwhelming performances. With 435 runs, he is Sixers’ highest run-scorer.

Daniel Christian also has not been at his best lately, but he has undoubtedly been one of the most consistent performers in his competition, having scored over 200 runs and picked 13 wickets.

Glenn Maxwell will be smelling blood in this game, as in his last meeting with the Sixers, he scored 71 runs and also picked up a wicket.

Jordan Silk can be a great budget pick from the batsmen. He has scored 330 runs, having an average of nearly 35 and a strike rate of over 140.

Nick Larkin is another decent budget option from the batsmen. He has scored 264 runs at an average of nearly 45 and a strike rate in excess of 130. 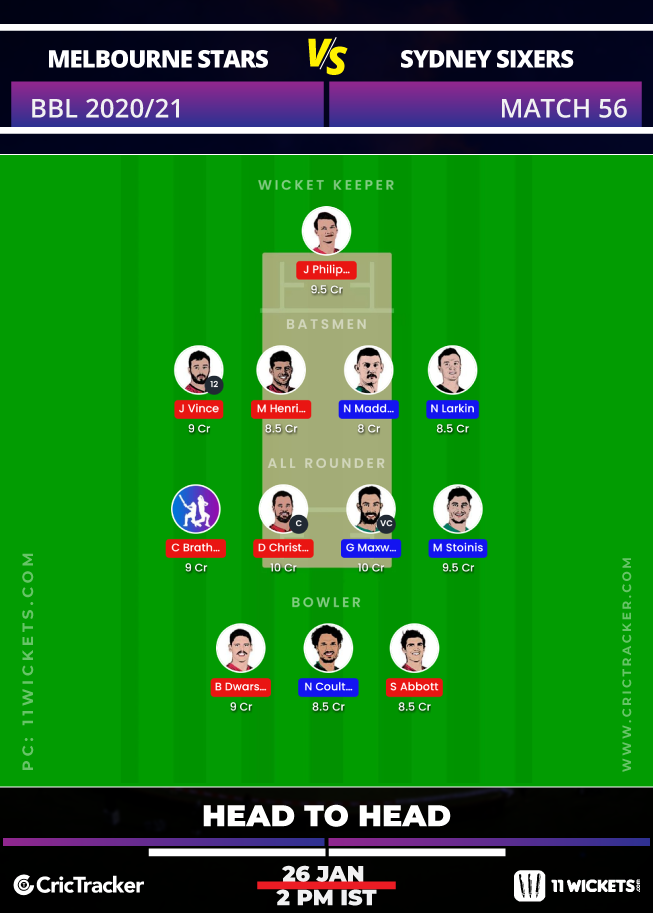 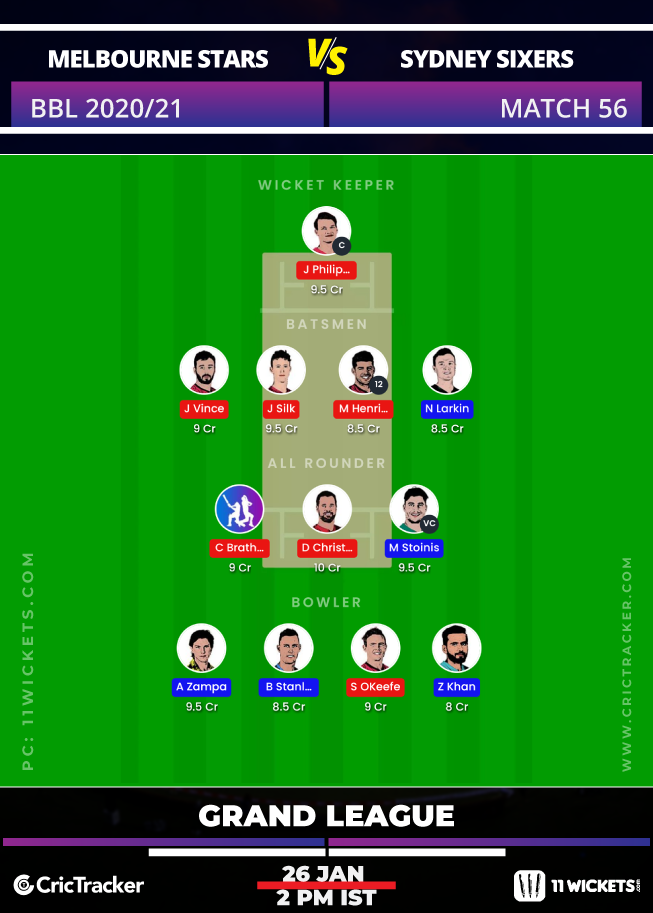 Given the plethora of quality all-rounders both teams possess, it is advisable to go with 4 all-rounders in any one of your 11Wickets Fantasy team.