Shan Masood and Mohammad Rizwan each have scored more than 400 runs in this tournament.

Multan Sultans will take on Islamabad United in the penultimate league match of the PSL 2022 on Sunday. Multan Sultans had a remarkable tournament and will finish as the table toppers. They won 8 of their 9 matches played and their only loss came against Lahore Qalandars by 52 runs. Shan Masood and Mohammad Rizwan played a massive role in the success and deserve most of the credits.

Islamabad United on the other hand will be closing watching the Quetta Gladiators game as both sides are fighting for the remaining one playoff spot. The absence of Shadab Khan and Colin Munro is hurting United at the moment as they lost their last two matches against Lahore Qalandars and Peshawar Zalmi. With 4 wins and 5 losses, they placed themselves at 4th spot in the standings with 8 points.

Despite continuous cricket played over the last 10 days the wicket still looks good to bat on having said there is equal assistance for the bowlers as well. Anything over 170 is a good score on this surface.

Shadab Khan still has injury concerns and is doubtful for this match as well.

Shan Masood has been consistently scoring runs for Multan Sultans in this tournament. In 9 matches, he has scored 453 runs at an average of 50.33 with the highest score of 88.

Rilee Rossouw was in a different mood in the last game against Quetta Gladiators. The former scored 26 balls 71 runs which includes 9 fours and 4 sixes.

Khushdil Shah played a pivotal role for Multan Sultans in this tournament. In 9 matches, he has scalped 15 wickets at an economy of 6.53 and scored 119 runs with the bat.

Faheem Ashraf is a good pick in the all-rounder’s category. He has picked up 8 wickets in 9 matches in this tournament at an economy of 8.67 and scored 102 runs in 7 innings.

Imran Tahir bowls accurate line and lengths and uses his variations quite well. He has picked up 14 wickets in 9 matches in this tournament at an economy of 6.82 with the best figures of 3 for 16.

Shahnawaz Dahani is slightly expensive in this tournament and still manages to pick up 12 wickets in 8 matches.

Mohammad Rizwan took his game to a different level and scored runs for fun over the last 2 years. In 9 matches in this tournament, he has added 428 runs at an average of 61.14 with the highest score of 83*.

MUL vs ISL Must Picks for Dream11 Fantasy Cricket: 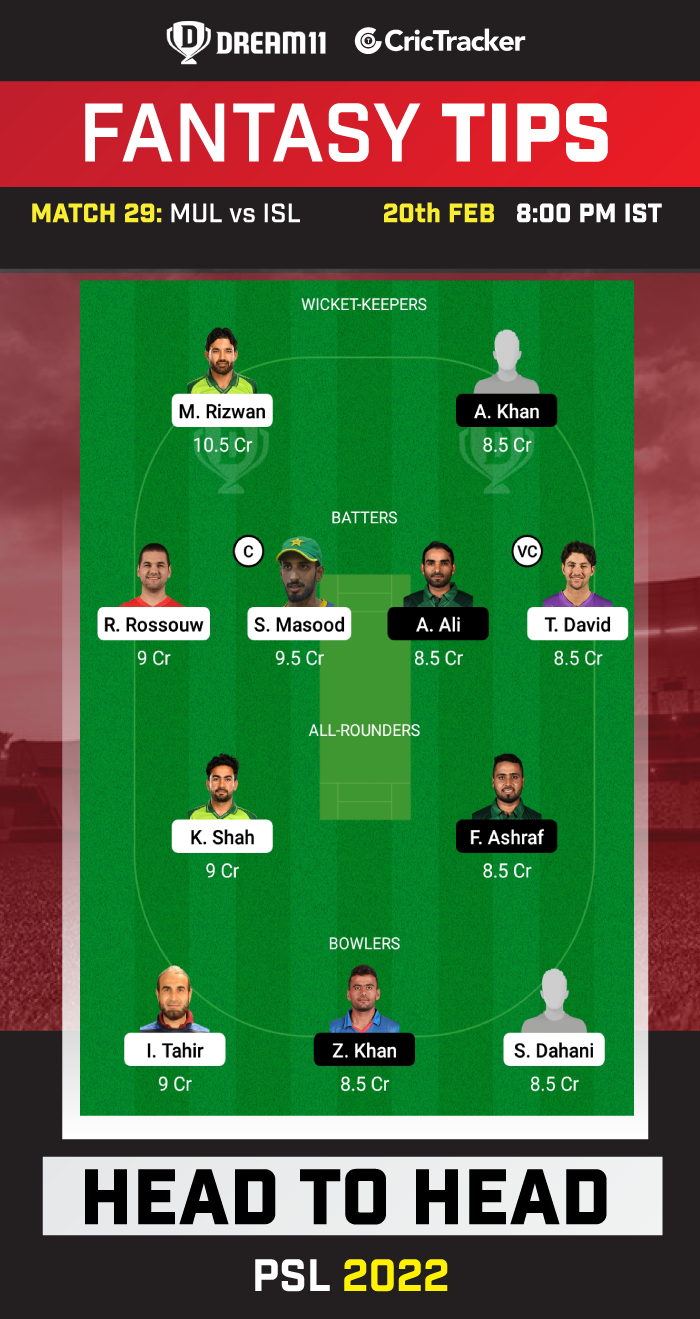 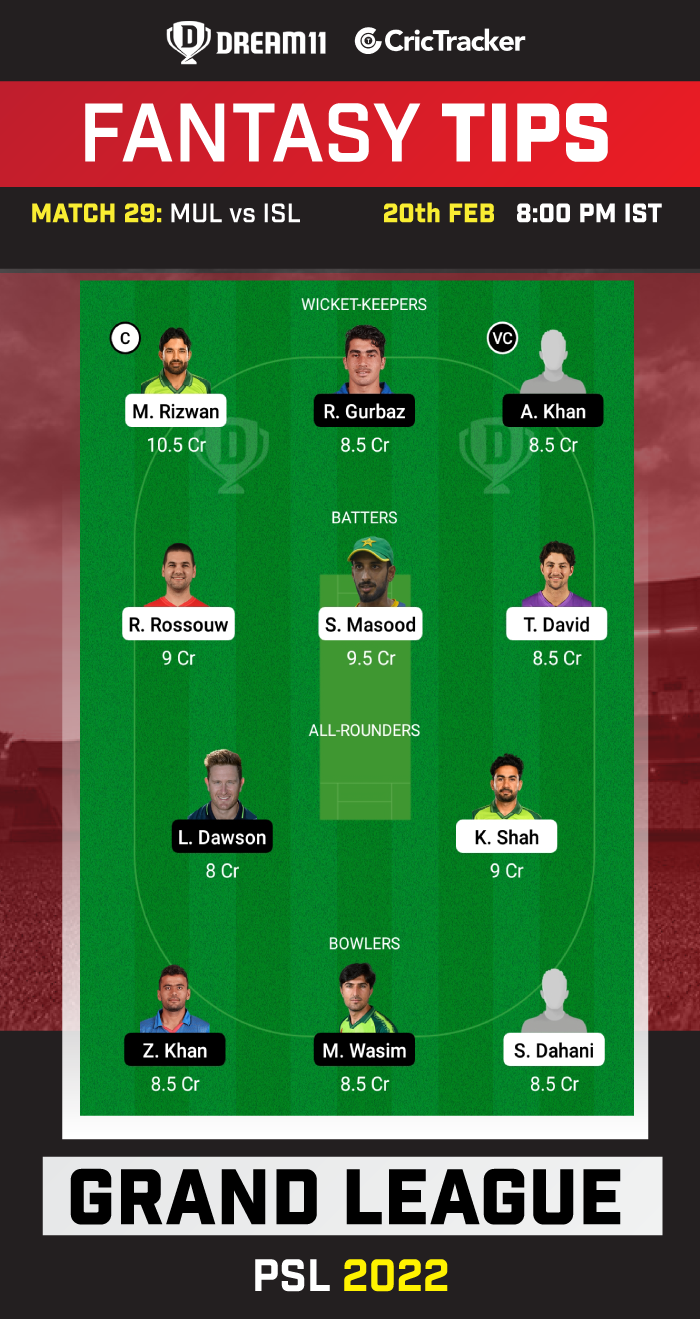 Rahmanullah Gurbaz has struck 139 runs in 6 matches in this tournament at an average of 27.8. You can take a risk and pick him as your fantasy team skipper.

Aamer Azmat has featured in 2 matches in this tournament and didn’t get the opportunity to bat and ball. It’s better to avoid him while making your fantasy teams.