George Dockrell has undoubtedly been the best player from the Lightning.

In the upcoming match of the Ireland Inter-Provincial ODD series 2021, Munster Reds will be up against Leinster Lightning. The story so far in this competition has been contrasting for both the teams.

The Reds have struggled to get going and have lost both the matches they have played. On the other hand, Lightning have two wins to their name, but they have played four games. They will aim to prevent the Reds from opening their account.

The track here at the Pembroke Cricket Club, Sandymount, Dublin, will help the batsmen. Bowlers will have to be precise in their line and length.

Also Read: Kuldeep Yadav and I could have played together if Ravindra Jadeja was a medium pacer: Yuzvendra Chahal

Curtis Campher has been impressive in this competition. He has scored 50 runs and has also managed to pick up 2 wickets.

Tyrone Kane is another Reds player who has been influential with his all-round abilities. He has scored 50+ runs and has also picked up a wicket.

George Dockrell has undoubtedly been the best player from the Lightning. He has been brilliant with the bat and can also be handy with the ball. 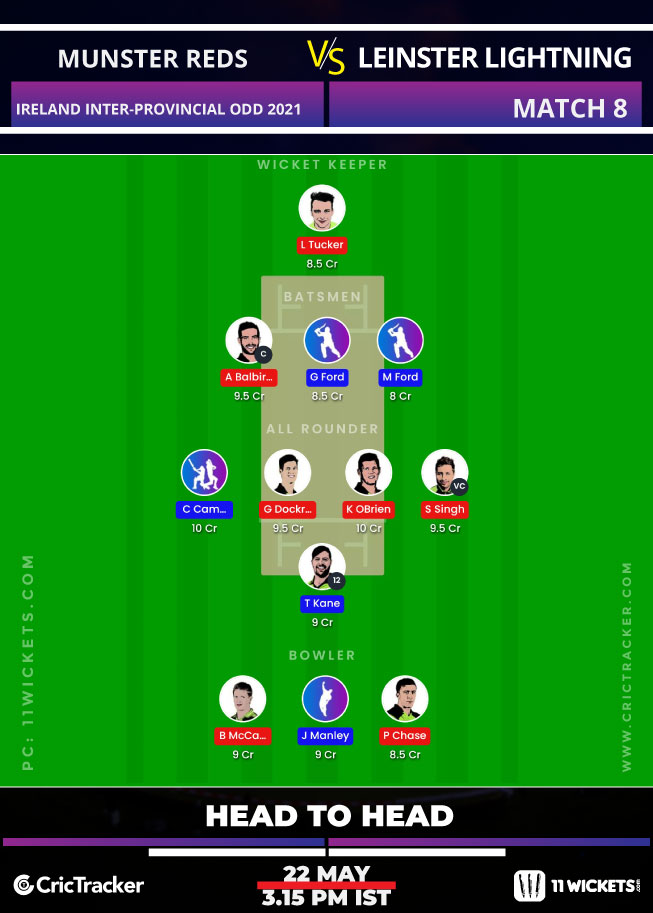 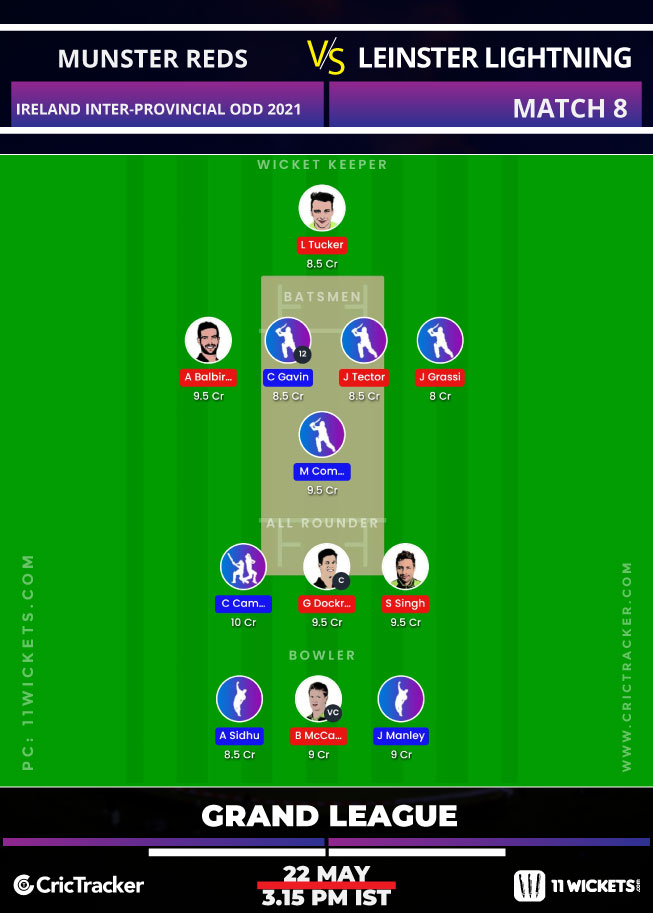