Jeremy Lawlor has been absolutely splendid with the bat.

The upcoming match of the Ireland Inter-Provincial ODD 2021 will not have much at stake, as both the teams participating in it, Munster Reds and Northern Knights are already out of the competition.

The Reds have had a pretty horrendous run, as they have failed to win a single game. On the other hand, the Knights did manage to get one victory under their bag, but it still wasn’t of any significance,. They both would want to finish their campaigns with a win.

The track here at Pembroke Cricket Club will help the batsmen in the initial stages of the game, but with time, the bowlers will eventually come into the act.

Also Read: PSL 2021 was not postponed because of me and Wahab Riaz: Daren Sammy

Murray Commins has been one of the few consistent performers for the Reds. He has scored 120 runs in just 3 matches.

Tyrone Kane has had an all-round influence in this competition. He has picked up 5 wickets and has also scored over 50 runs.

Jeremy Lawlor has been absolutely splendid with the bat. While his team hasn’t been able to impress, he certainly has with his 200+ runs. 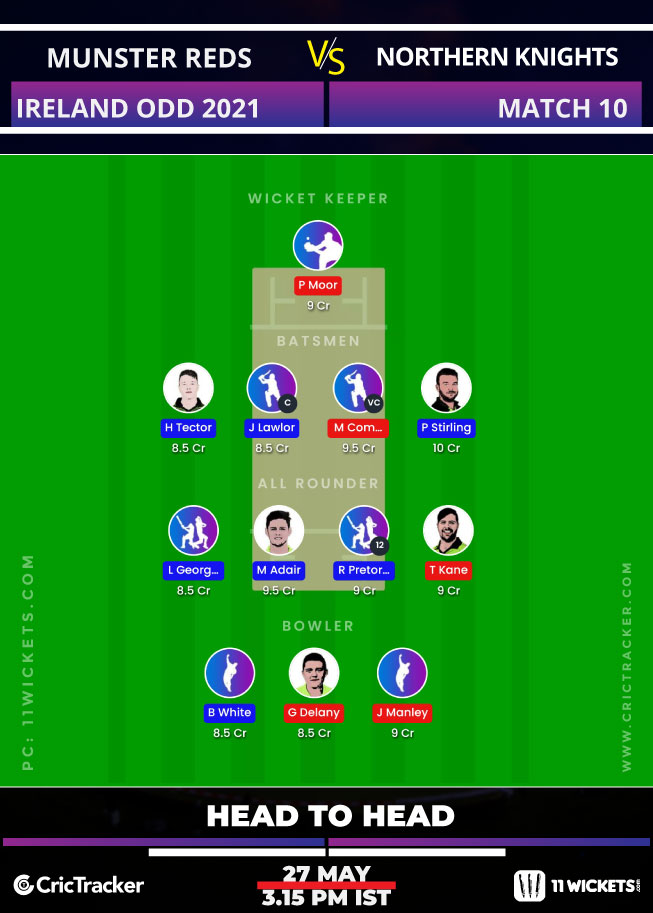 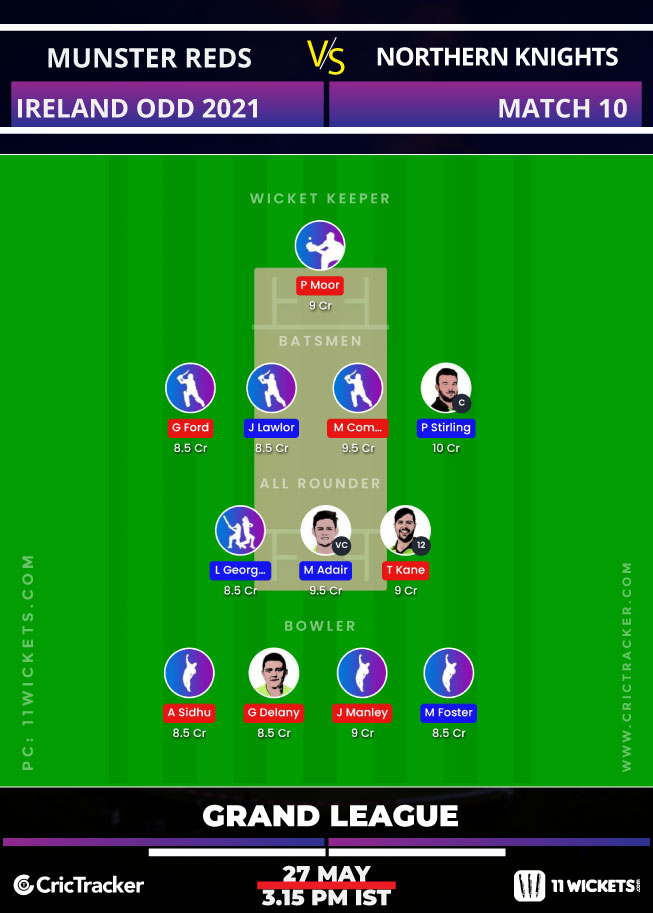