Mohammad Rizwan is a good captaincy pick for this game.

Multan Sultans and Lahore Qalandars would be playing in the third match of the Pakistan Cricket League. The Sultans won their first match against Karachi Kings by seven wickets after restricting them to a total of 124 runs for the loss of five wickets. Imran Tahir picked three wickets in four overs while giving away just 16 runs and won the player of the match award.

Lahore Qalandars would be playing under the new captain Shaheen Afridi for the first time. The Qalandars won five out of ten matches last season and missed qualifying to the playoffs due to net run rate. They are the only team that have not won a season of Pakistan Cricket League and would be hoping to do so under the new leadership.

The pitch in the first game provided a lot of support to spinners and batters found it difficult to bat in the first half. It was much easier for the batters to play their strokes in the second half and that might be the case in this game as well.

Mohammad Rizwan made 52 runs off 47 balls in the first match against Karachi Kings. His innings helped his team chase down the target of 125 runs in 18.2 overs. Rizwan won the player of the match award for this performance.

Shaheen Afridi has been appointed the captain of the Lahore Qalandars for this edition of the Pakistan Cricket League and he would be making his captaincy debut in this game. Afridi has taken 50 wickets in 37 matches at an average of 21.20, an economy of 7.65, and a strike rate of 16.6.

Rashid Khan made his debut for Lahore Qalandars last year and picked 11 wickets in eight matches at an average of 15.90, an economy of 5.46, and a strike rate of 17.4. 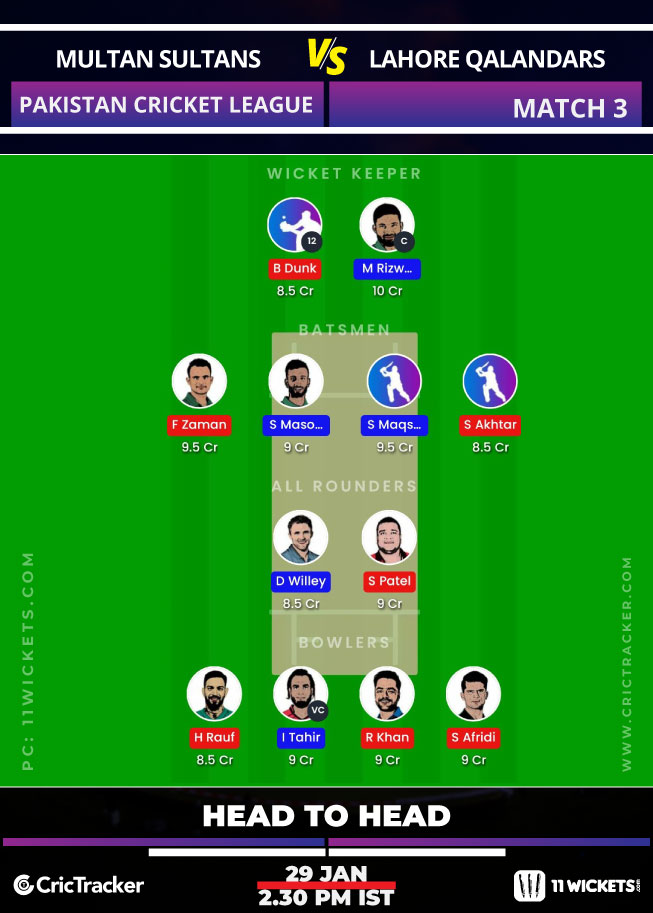 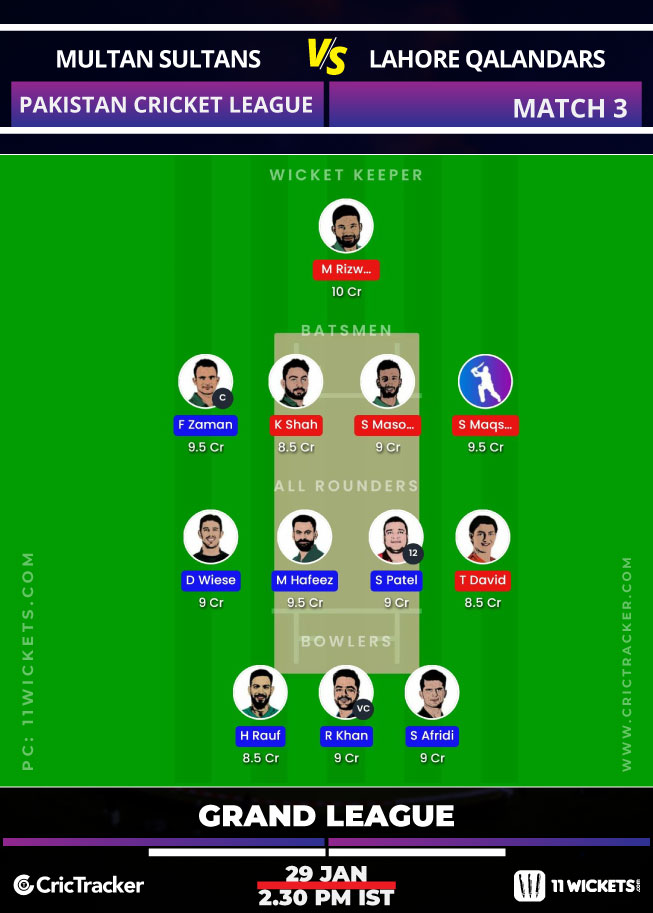