Heading into this game, Oman will look to settle the scores against the opposition.

Namibia and Oman will battle it out against each other in the Match 50 of the ICC Men’s Cricket World Cup League 2. When the two teams locked horns with each other in the previous game, the former dominated the proceedings. Namibia posted a target of 229 for Oman.

Oman on the other hand looked in control of the chase for the most part of the game. However, JJ Smitt ran through Oman’s batting order to restrict the team to just 188 runs. Heading into this game, Oman will look to settle the scores against the opposition.

The batters might need to stay firm on the pitch in order to build on their innings. Bowlers are expected to get an edge on this deck.

Zeeshan Maqsood was exceptional for the team in the last game against the same opposition. He scalped three wickets and also played a fabulous knock of 58 runs. He will be determined to perform for the side.

JJ Smitt comes in handy with his all-rounder abilities. In the previous game, he scored a half-century and also picked up five crucial wickets for the side. He can be a good player to bank on for this game.

Sandeep Goud was impressive for the team in the previous game. He hit a belligerent half-century to help the team chase down the total. He can be a good pick for this match. 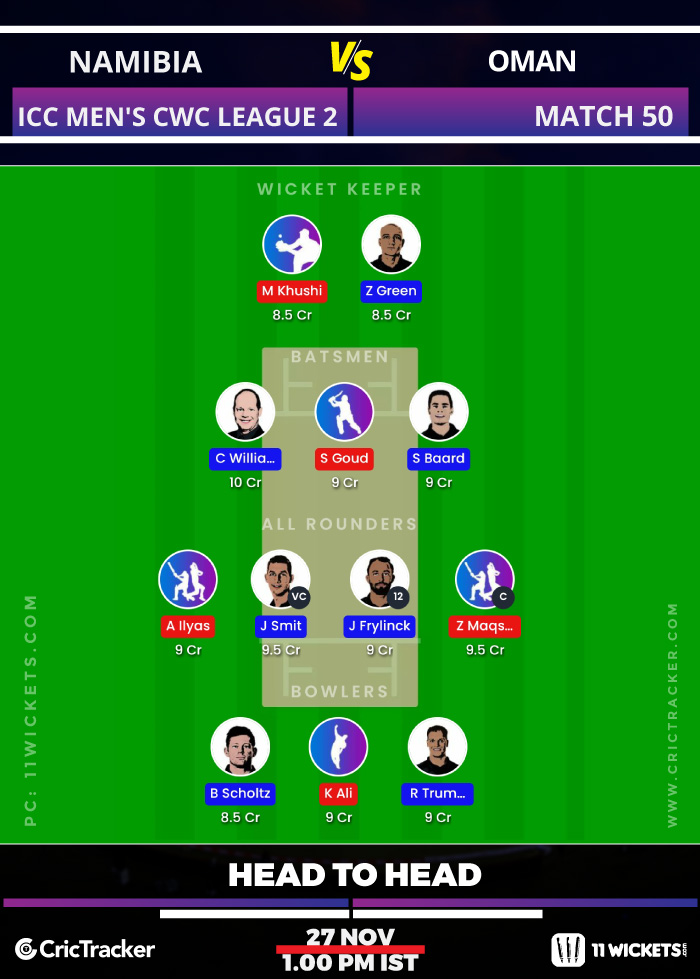 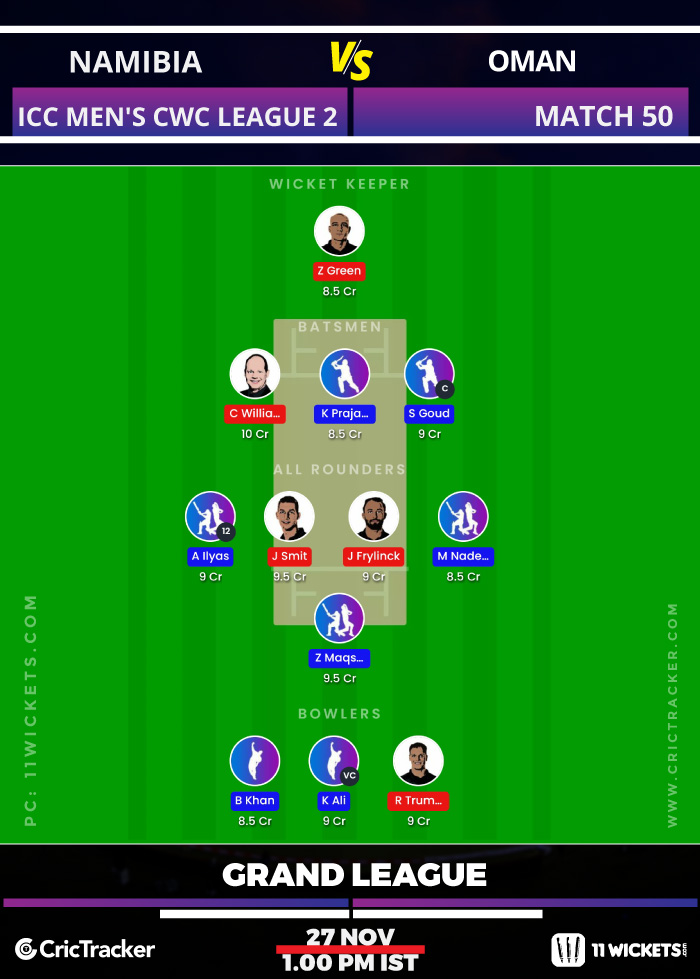