Craig Williams was excellent with the bat in the T20I series against Uganda.

The upcoming stars of South African cricket will have a golden opportunity to showcase their talent when they will take on Namibia for three T20s and as many 50-over games. With the current team of South Africa looking out of sorts, these players can make it to the first team with a few good performances.

Legendary Mkhaya Ntini’s son Thando Ntini is in the squad, while the likes of Grant Roelofsen and Matthew Breetzke are the ones to look forward to. As for Namibia, they defeated Uganda in a T20I series recently, and while it is only the emerging team from South Africa, a win in this tour will help them to make a statement.

The pitch here at Wanderers is a balanced one. Batsmen and bowlers will get equal purchase from the track.

Craig Williams was excellent with the bat in the T20I series against Uganda. He scored nearly 100 runs at an average of over 30.

JJ Smit is equally handy with both bat and ball. He has picked up 16 wickets in T20I cricket and has also scored nearly 300 runs.

Jason Smith is another player who can earn you points with both bat and ball. He has scored 700+ runs and has picked up 19 wickets in the shortest format of the game.

Matthew Breetzke will be leading the batting contingent of the visitors. He has scored over 500 runs in this format.

Also Read: Have to be cool-minded like MS Dhoni and do our job at Tokyo Olympics: Vishnu Saravanan 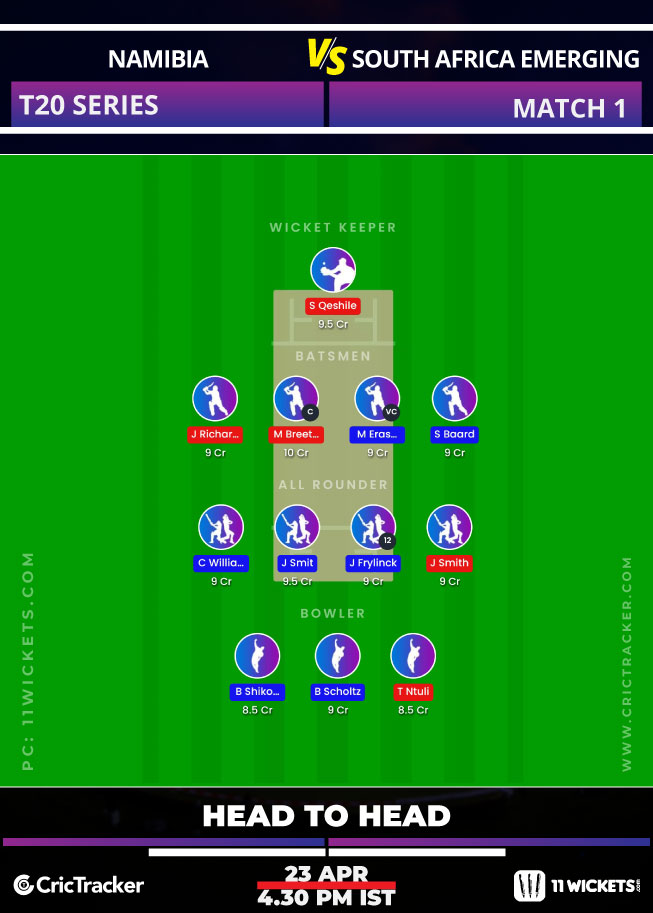 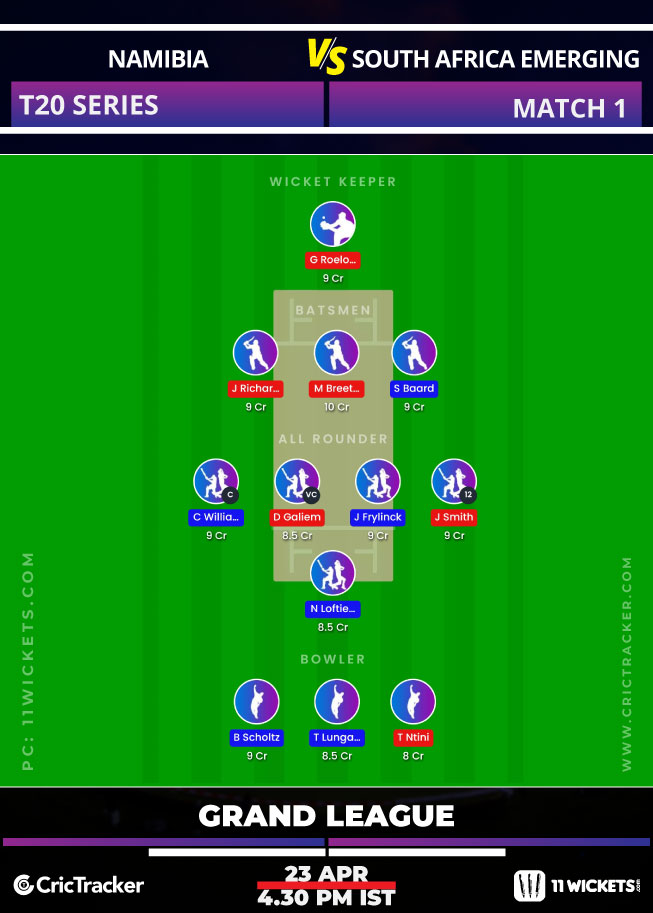