Roger Mukasa is a risky captain to pick since he has scored 66 runs from the last 5 matches in the one-day format.

Namibia are booming with confidence after whitewashing Uganda in the T20I series. They completely outplayed Uganda in all the 3 matches by good margins and are looking forward to take a lead in the 2-match one-day series which is starting from 7th April.

Spirits have been low in the Uganda team after losing the T20I series. But this is a different format and they have got a good bunch of players who have the potential to do well in the upcoming games.

By looking at the T20 matches played here at this venue, the surface looked good for batting and the ball comes nicely onto the bat. We can expect the same for this match as well. Batting first should be preferred.

Merwe Erasmus has played 8 ODI matches for Namibia and scored 226 runs at an average of 28.25 with the highest score of 88 and it includes 2 half-centuries.

Craig Williams in his ODI career has scored 267 runs in 8 matches at an average of 44.5 with the highest score of 129, while with the ball he has picked up 3 wickets with the best figures of 1 for 37.

JJ Smit has played only 8 ODI matches for Namibia and has scored 144 runs at an average of 20.5 with the highest score of 33, with the ball he has picked up 13 wickets at an economy of 4.77.

Ben Shikongo has played only one ODI match for Namibia and picked up 2 wickets at an economy of 6.83 but has got a good amount of experience in T20I cricket playing 14 matches.

Henry Senyondo in the last 4 one day matches has picked up 7 wickets. He can be a good pick for your Dream11 fantasy team from Uganda.

Jean-Pierre Kotze has scored 299 runs in his 8 ODI matches at an average of 37.37 with the highest score of 136. He is a frontline wicketkeeper choice for your Dream11 fantasy teams. 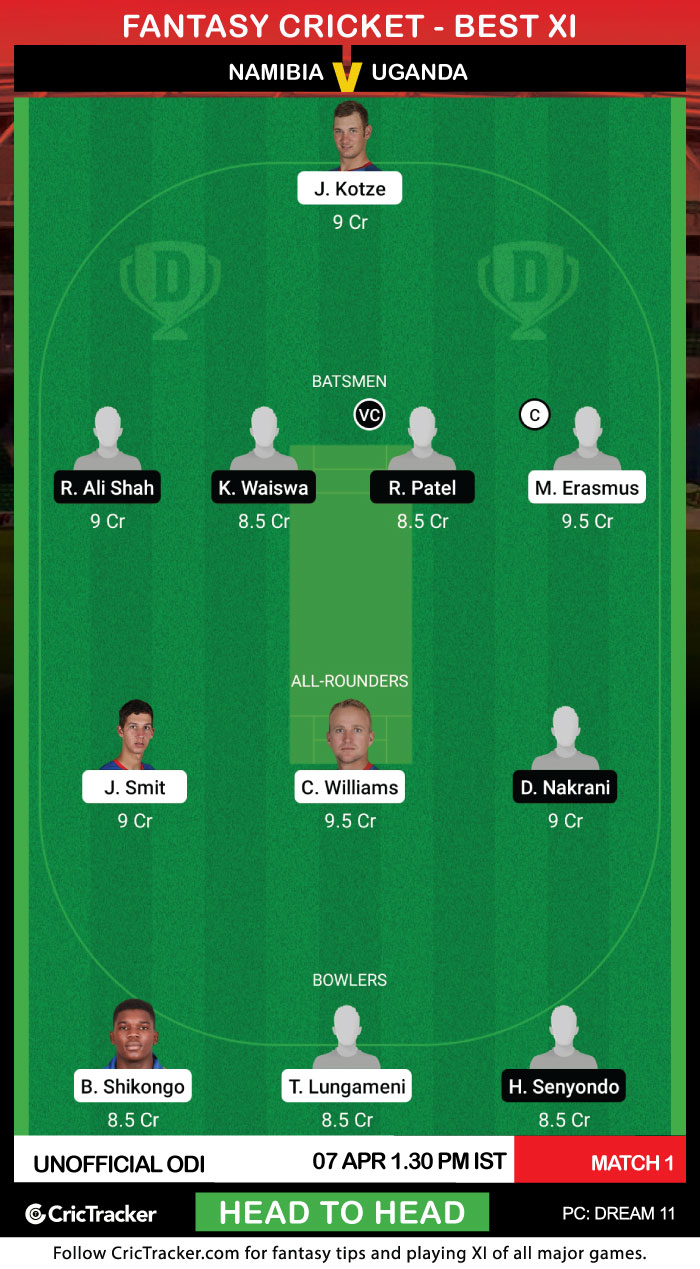 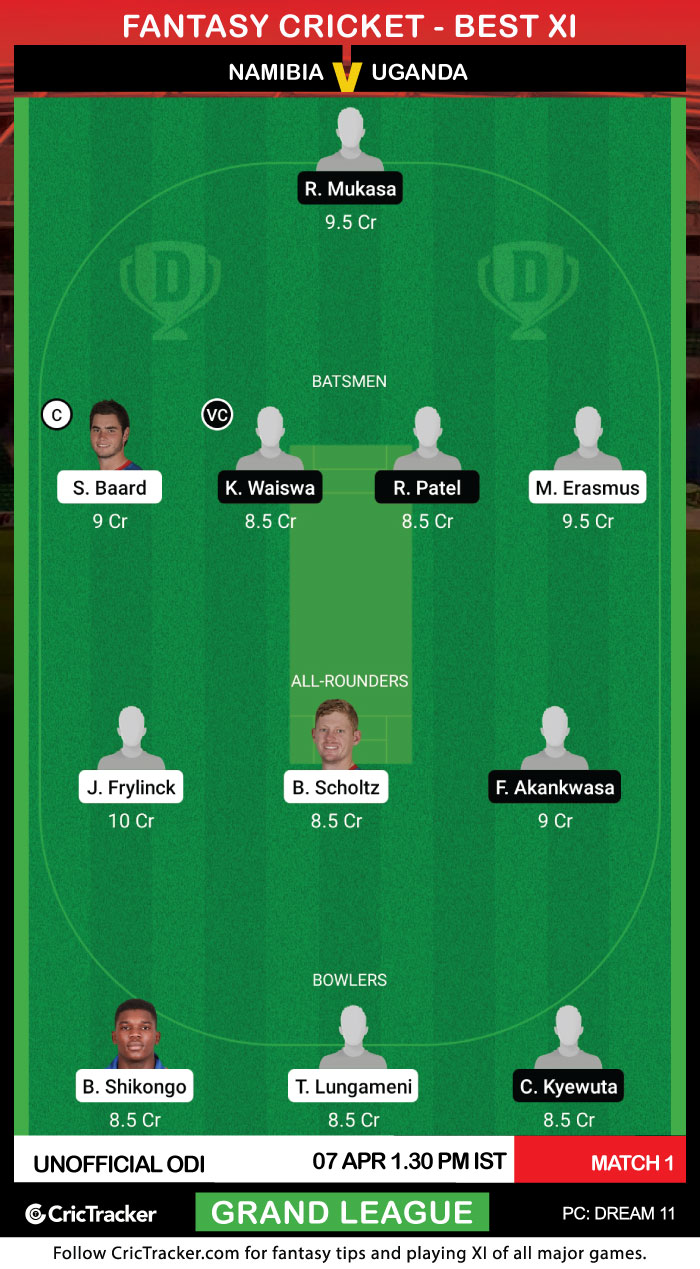 Roger Mukasa is a risky captain to pick since he has scored 66 runs from the last 5 matches in the one-day format.

Dinesh Nakrani has scored 199 runs in 5 one day matches and even picked up 6 wickets as well. He has selected by 18.18% of users at the time of writing and he is a risky captaincy pick.

You can avoid Michau du-Preez while making your Dream11 fantasy since Jean-Pierre Kotze and Roger Mukasa are good performers with the bat who come under the Wicket-Keeper category.